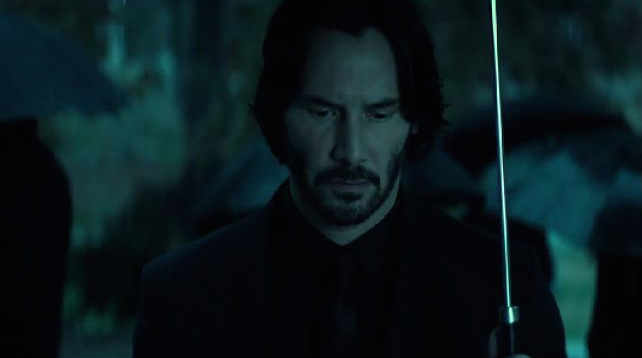 John Wick is the sort of action film in which the filmmakers endow the hero with almost impossible firearm proficiency, only to strip them of that virtue once they’re confronted with a foe with some form of relevance to the plot. We’re told that the eponymous Wick (Keanu Reeves) once killed three men with a pencil like it was nothing (although killing somebody with a pencil is definitely something). Why then, does he struggle against an overweight, elderly opponent who is surely without combat training? This isn’t a slight against Wick’s ability for carnage – there are an inordinate number of men (but no women, because you’ve got to have a code dammit) who fall at his hand – it’s just a curious thing, to have such volatile brawling skills.

The set up is as brief as it is surprisingly complicated. Surprising because once the basis premise is established, there’s astonishingly little dialogue, and even less narrative development. Wick has lost his wife to cancer and receives from her a posthumous gift of a young puppy, and a letter encouraging him to move on with his life. On a casual driving trip with his new doggy, Wick encounters a gang of Russian hoodlums who express admiration for his expensive looking muscle car. Unfortunately, Wick isn’t interested in selling, which doesn’t seem like too much of a problem until the hoodlums arrive at Wick’s house, beat him senseless, murder the poor dog and steal the car anyway. As fate would have it however, Wick was once the most dangerous assassin for the Russian mafia, the head of which is the father of one of the young thieves. 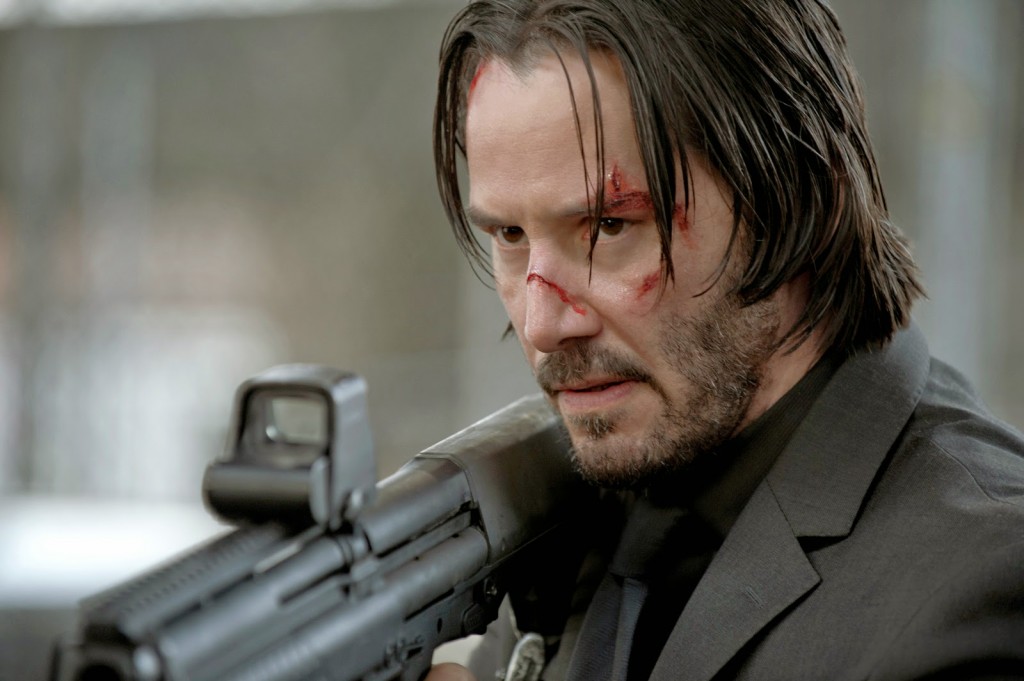 “You always had a certain audacity about you!”, one character says to Wick, although audacious doesn’t seem a fitting evaluation of Reeves’ temperament. We gather that Wick has a certain reputation among the criminal underworld, thanks to the way his adversaries say his name (ominously, dramatically and often). That’s essentially as much character development as the filmmakers are willing to offer. The rest of the cast are fodder for Wick’s rage, the more significant characters are heralded as such by popping up more than once. Reeves struggles to rise above the poorly written material during the few scenes in which discussion is required, but has a domineering, and actually quite menacing presence in all other aspects of the film. Most interesting about the man is that he’s neither particularly sympathetic nor charming, but nonetheless manages to maintain a certain charisma. It’s a rarity for an action film in which neither hero nor villain are especially appealing.

There’s an attractive style to a number of scenes, although as it falls by the wayside during the second act it becomes increasingly apparent that the compelling visuals could have been a happy accident. There are a number of vivacious action scenes, punctuated by fantastically choreographed violence. The entire middle section of the film is its strength, charged by a bizarre atmosphere lent by the inherently fantastical nature of the lighting of the seedy underworld and the outlandish universe of criminals and assassins that the filmmakers manage to foster, and then abolish. This is a film in which there is a hub for assassins and murderers, hidden within a lavish hotel. It’s when John Wick embraces this offbeat fantasy that it’s at its most compelling. Unfortunately, directors Chad Stahelski and David Leitch may not have wholly comprehended their assets, and the promise degenerates into an explosion of gratingly aggressive music, awful dialogue and lifeless characters. There is enthusiasm lurking somewhere beneath the dull throb of John Wick, but it rarely comes to the fore.