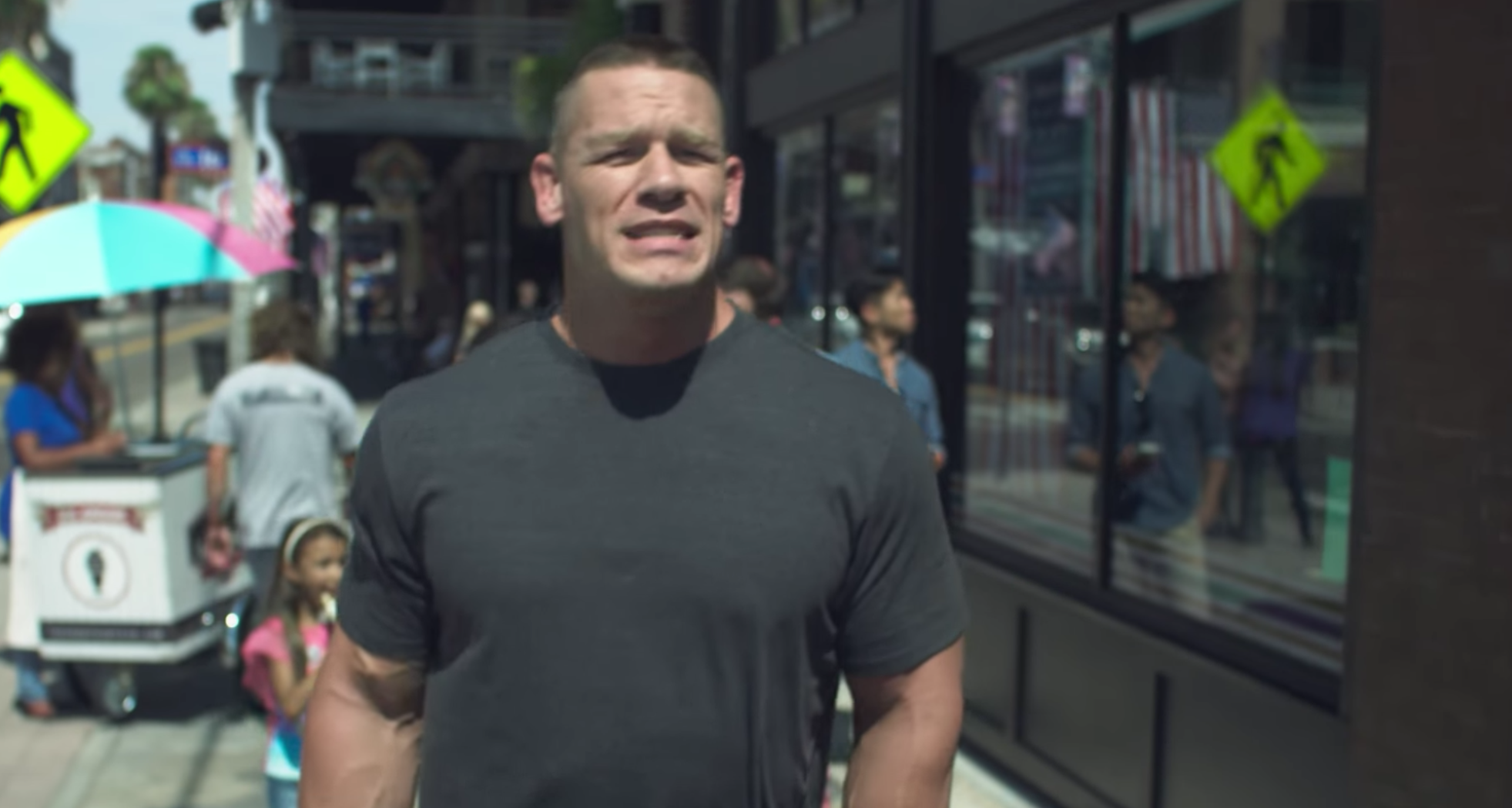 We think he’s a good guy. He was the highlight of Amy Schumer’s Trainwreck. He’s got a pleasant sort of face. He’s got big muscles. A calming voice. And, if this video is anything to go by, he’s not a racist, homophobic arsehole. That’s always a plus in our book.

Patriotism isn’t really our bag, but multiculturalism, diversity, internationalism and just being a welcoming accepting legend is. And that’s what’s really at the heart of this nice little video. Love Has No Labels. You’re damn right. If any of you know who Joel Selwood is, we think that John Cena looks a bit like him. Joel Selwood who has another Joel Selwood inside of his body.