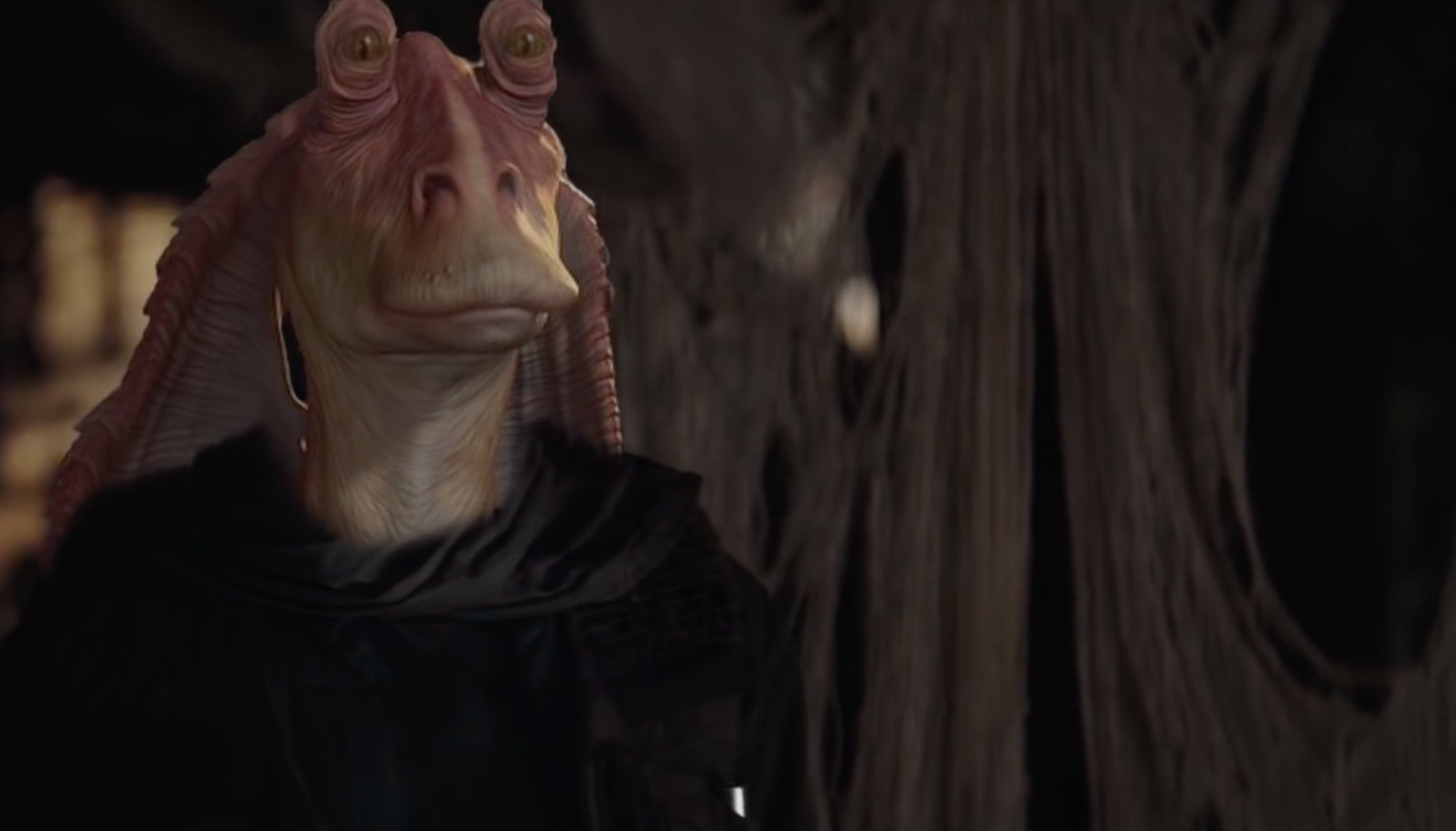 Considering how much people moan about Jar Jar Binks and how many people claim to hate the character, we sure do manage to find ways to keep the galaxy’s most irritating Gungan in the public eye. And now here we are again, not forgetting a character that probably ought to have been forgotten back in 1999. Has Jar Jar Binks somehow become so awful that he’s journeyed through the eye of the storm and now he’s good? For everybody’s sakes, let’s hope that’s not the case.

This video below is both a doctored version of the trailer for Gareth Edwards’ upcoming standalone Star Wars film, Rogue One, as well as the latest addition to the beloved and much-discussed theory regarding George Lucas’ original intentions with the character – before The Phantom Menace was released and Binks was received with universal loathing. Whether you believe that Lucas originally wanted Jar Jar Binks to be a Sith Lord of not, you’ve got to hand it to whoever came up with the theory that there’s some pretty compelling evidence floating around to suggests that it could all be true.

This is Rogue Binks, and it may be the closest thing George Lucas gets to seeing his original vision realised on screen.