Crimson are red, dresses are blue. 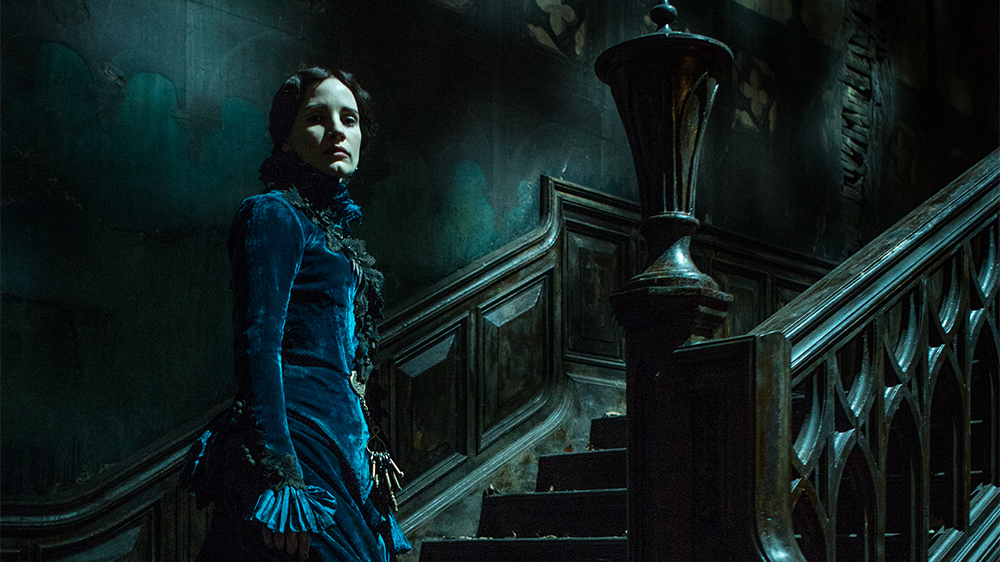 Crimson Peak doesn’t look particularly amazing. We said it, dammit, and we’re standing by it. Who knows, Guillermo Del Toro’s horror film may end up being the second coming of ham sandwiches but if we’re being entirely honest without ourselves, which we are, then we’d have to admit that Pan’s Labyrinth‘s status as an incredible film is debatable and a lot of Del Toro’s other films are decidedly sub par. Except Hellboy II. We like Hellboy II a lot. Anyhoo, we’re not sure whether this trailer for Crimson Peak is meant to be scary, but we think that it is meant be scary. Our confusion stems from the simple truth that we weren’t scared by any of it but that there were a lot of moments that emulated other horror trailers that were scary. We’ll sign off now, with a cheery ‘we want this to be good but who knows’ wave. Bon voyage!

“Set in Cumbria, in a crumbling mansion in a largely rural and mountainous region of northern England in the 19th century, young author Edith Cushing (Wasikowska) discovers that her charming new husband Sir Thomas Sharpe (Hiddleston) is not who he appears to be.“