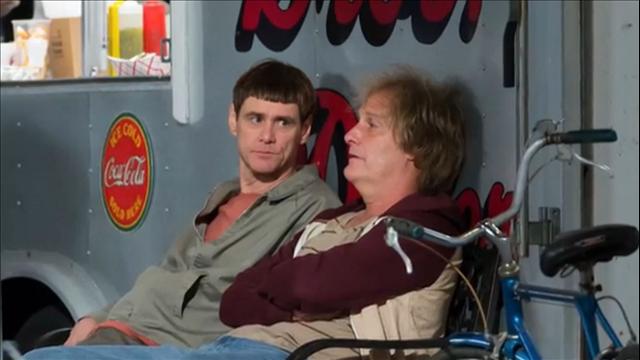 Film is subjective. Unless it comes to Dumb and Dumber, which is obviously the greatest comedy of all time. This isn’t open to debate. The long-awaited but perhaps misguided sequel Dumb and Dumber To is coming out later this year.

“Twenty years after their last adventure, good-hearted yet dimwitted best friends Harry and Lloyd head out in search for one of their long lost children in the hope of gaining a new kidney.”