From He to She. 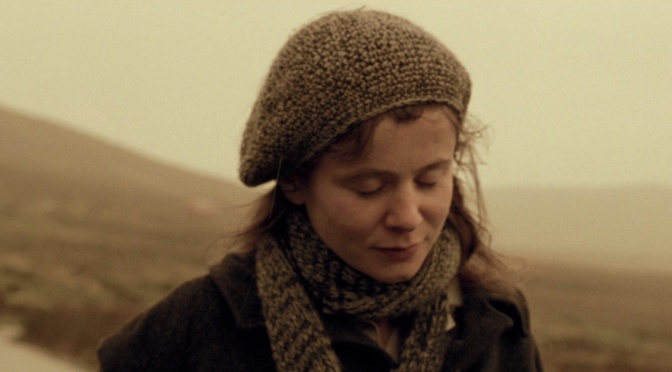 Danish filmmaker, Lars von Trier is one of world cinema’s most daring and polarizing filmmaker working today. The self-proclaimed enfant terrible is a provocateur both behind the camera, as a writer and director who incites audiences and critics with his controversial brand of cinema, and in front of the camera, where his public persona stirs up journalists in his many interviews and press conferences.

Whether you love or hate his controversial work, one thing is for certain – he is great at creating multifaceted characters, which deal with common themes such as suffering, theology and morality. His protagonists – whether male or female – all undergo deep emotional developments and journeys of self-discovery and are all good people overwhelmed by a cruel world. Von Trier allows his audiences to be very invested in his characters, which creates a very intimate kind of film spectatorship. All of von Trier’s characters are imbued with his own experiences and elements of his own personality, and are thus “self-portraits”. This list explores some of his most complex and interesting characters from his oeuvre of films.

The Idiots follows a group of men and women who abandon their jobs and everyday lives to live together and act as mentally disabled people in public (or ‘idiots’ as the title suggests) in order to subvert existing social norms and shock the bourgeoisie. When protagonist Karen (Bodil Jørgensen) is confronted by their ‘spazzing’ behavior at a restaurant she is intrigued and decides to follow them. It is only at the end of the film we learn the dark and tragic truth about her painful situation that has led her to join their cause.

Karen is a complex character and the audience does not truly understand the extent of her anguish until the end of the film when we learn about the death of her child. When she first encounters the group of idiots, she is bemused at their spassing behavior, but after learning that their behavior is expressing the purest part of themselves’, she decides to join them. For Karen, spassing provides a kind of catharsis, and a process to mourn, as she finds freedom in reverting back to a child herself.

In this post-war neo-noir, idealistic American Leopold Kessler (Jean-Marc Barr) heads to Germany just after WWII to work with his uncle as a as a sleeping car conductor on the Zentropa railway line. Leo falls for the railway magnate’s daughter, Katharina Hartmann (Barbara Sukowa), who unbeknownst to him, is secretly embroiled in a pro-Nazi terrorist conspiracy group – The Werewolves. Leo is put in the devastating position of saving himself or taking innocent lives.

Pacifist Leo arrives in Germany to help reconstruct the devastated Germany after the war, noting that “it’s time someone showed this country a little kindness”. This idealistic young man thinks that everything in his life is going smoothly, when he receives threatening orders to blow up his train carriage and is forced against his own morals to take part in the Werewolves’ violent sabotage operations.

After discovering an unconscious woman in the streets, the kindly Seligman (Stellan Skarsgård) brings her back to his apartment to tend to her injuries. It is then that Seligman is regaled by a long series of anecdotes from the Joe (Charlotte Gainsbourg) about her life as a self-diagnosed nymphomaniac.

Seligman is a reserved, mild-mannered intellectual who lived a chaste life, devoting himself to scholarly pursuits and not love or carnality – this makes him an impartial judge to Joe’s stories; a priest to her sordid confessions; a therapist to her licentious nature. Although Seligman has not experienced the same wild life as Joe, he is compassionate towards her. Unlike Joe who has had much worldly experience with men, Seligman has had very little life experience, getting most of his knowledge and enjoyment from books. For every sensual anecdote Joe has to divulge, Seligman has a parallel academic retort. Despite his apparent sympathy towards Joe’s life story and in spite of his worldliness and intelligence Seligman’s social inability and inexperience with woman leads him into a precarious situation which puts his life in danger.

For Joe, sex and love are two completely separate entities. Joe is wild, impulsive and very animalistic in her need to quench her sexual appetite, without letting her emotions hinder her pursuit of pleasure. After many encounters with men, Joe craves love and intimacy and marries her lover Jerôme (Shia LeBoeuf). This relationship however ends up tearing her apart, as she remains untrue to her salacious nature. Amidst all her shame and guilt that society has placed upon her for her sexually deviant behaviors, she finds redemption as a woman, and is now determined to “stand up against all odds, muster all her stubbornness, strength and masculine aggression” to rid herself of her sexuality.

Melancholia opens on bride Justine (Kirsten Dunst) who is marrying Michael (Alexander Skarsgård) in an opulent wedding reception organized by her sister Claire (Charlotte Gainsbourg) and brother-in-law, John (Kiefer Sutherland). This should be the happiest day of her life, but instead a sudden sense of dread comes over Justine when she learns that a massive planet called Melancholia is on a collision course with the Earth.

Justine is one of von Trier’s most multifaceted characters, with her burgeoning depression an allegory to the approaching planet Melancholia (as well as a counterpoint to von Trier’s own battles with depression). Justine experiences unbridled bliss at her wedding, which then swiftly turns into pure pessimism and apathy as Melancholia draws closer. Despite the panic of her family around her, Justine stays calm in the face of adversity, asserting that “the Earth is evil we don’t need to grieve for it. Nobody will miss it.” Justine paradoxically grows stronger, while her sister Claire falls in a heap.

After the tragic accidental death of their son, the grieving couple She (Charlotte Gainsbourg) and He (Willem Dafoe) retreat to ‘Eden’, their isolated cabin in the woods, where they hope to mourn and repair their broken marriage. The couple’s hopes to be healed however are short lived as they encounter violence and horror at the hands of nature and themselves.

She is paralyzed by grief and guilt, and sinks into a profound depression. Her husband, He, uses his skills as a cognitive therapist to cope with the situation more clinically and tries to treat his wife. However this therapy goes disastrously awry and turns into a nightmare of violence, ending in murder. Having written a thesis on ‘the gynocide of women throughout history’ and being hysterical with grief and confusion, She embraces the victimology of her research, taking on the historical burden of guilt: She’s guilt over the death of her son soon consumes her, and as violence and hysteria takes hold, she convinces herself that “nature is Satan’s church” and that thereby, if human nature is evil, then that goes as well for the nature of women. Convinced of her husband’s patriarchal motives, She wreaks vengeance on ‘He’, literally and figuratively attacking his ‘manhood’ in the infamous scene of graphic genital mutilation (she later mutilates her own genitals as a token of her overwhelming sense of culpability). As She descends further into her own guilt and madness, He is forced to abandon his civilized values and act out the same violence against her that women have suffered for so long.

Set in a small Rocky Mountain town during the Great Depression, Dogville follows how the arrival of a beautiful and mysterious fugitive, Grace (Nicole Kidman) changes the behaviors and morals of this isolated community. The townspeople begrudgingly agree to let Grace stay in exchange for her labor. When it is discovered that there is a bounty on her head, the previously reserved residents of Dogville “bare their teeth” and begin to exploit Grace in all manner of ways. Soon Grace becomes a prisoner of the town, their conscripted laborer and sex slave. The same town that was reluctant to take her in now makes sure she cannot leave. However, the residents of Dogville get their comeuppance, as the brutality they inflicted on Grace is exacted on themselves in a nihilistic denouement of blood and flames.

Grace comes to Dogville to try and escape her complicated violent life and tries to be a better person, helping the town’s residents as much as she can. However, after her kindness is abused by the townsfolk she comes to learn that sometimes retribution is the only answer. As Grace notes, “dogs can be taught a lot of good things, but not if we forgive them every time they follow their nature”.

Selma Ježková (Dancer in the Dark)

Dancer in the Dark is von Trier’s ironic and sadistic take on the musical genre in his true heart-wrenching melodramatic style. In her award-winning role, Björk plays impoverished single mother and Czech immigrant, Selma Ježková, who works two jobs in order to afford an operation for her son that will prevent his vision from deteriorating – a condition that she also suffers from. When her landlord Bill (David Morse) tries to steal her meager savings to stop his house from becoming repossessed, a tragedy unfolds leading to Bill’s accidental death. Selma is then put on trial for cold-blooded murder.

During her trial, she does not reveal to the court that Bill stole her savings, or reveal the true use for the money – an operation to save her son’s sight. Selma keeps Bill’s secret, although divulging it could potentially result in her acquittal. Selma is found guilty and is sentenced to death by hanging, and thus sacrifices her own life to prevent her son’s impending blindness. Despite Selma’s overwhelming vulnerability, she is stubborn and never compromises her personal morals and ethics, even if it means sparing her own life.

Breaking the Waves tells the story of a naïve woman living in a remote Calvinist community off the Scottish coast in the 1970s. Against the wishes of her pious community and austere church elders, Bess (Emily Watson) marries Norwegian oil rig worker Jan (Stellan Skarsgård). Her purity is put to the ultimate test when Jan is crippled in an accident, leaving him paralyzed. Despite Bess’s unwillingness and inner turmoil at Jan’s suggestion to have sexual encounters with other men, she perseveres as she believes her devotion will cure Jan. Bess gets her wish but at a high cost, with tragic consequences.

Bess is very innocent and childlike – in her intellect, speech, mannerisms and communications with God. Bess believes that she can speak directly to God which leads to her having complete blind faith in his power, thus she doesn’t make decisions based on what is right for herself, but needs someone to tell her what the correct choice is. Bess’ dependency on God to tell her what should be done is the mechanism for Bess to communicate with her own emotions and in order to tell right from wrong. After her marriage, Jan replaces God in Bess’ life as her the person she looks up to the most but after his illness (which Bess believes is a test from God), Bess beings sacrificing everything for her husband, which ultimately leads to her demise.