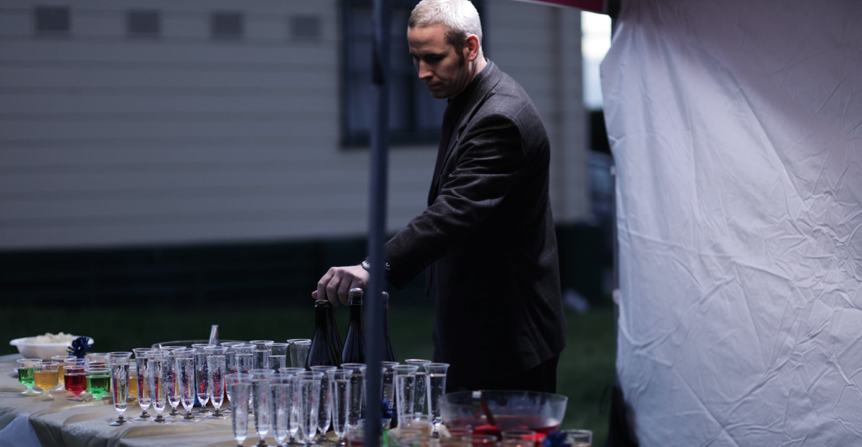 Andrew Kavanagh is an independent filmmaker who has two films, Men of the Earth and At The Formal, screening at this year’s ReelGood Film Festival. We got the chance to have a quick chat about his experiences and thoughts as a local filmmaker.

I was at university, doing a degree I really wasn’t that interested in and all of my classes were full of assholes (Aspiring journalists) so I spent a lot of time in the library watching films. It was great.

I first got into filmmaking when I moved to Melbourne in 2007 and decided to study Film and T.V at the VCA. It was just great to be surrounded by passionate people. It kind of took over my life.

Definitely writing and imagining the film. After it’s made, it’s a hard process of reconciling what was imagined with what is actual.

What are some of the bigger hurdles you’ve have to face in filmmaking, either on a particular film in general or in a broader sense?

I made a film last year. We were doing a really long take one day, the sun was setting, there were about 90 people on set and shit just hit the fan. The poor steadycam operator’s legs started giving out, the safety officer stormed off – it was hectic.

Not necessarily. I think they are definitely distinct forms. Short filmmakers don’t necessarily turn to features and people who are great at making feature films may not be great short filmmakers. You can do different things with both mediums.

I think people can definitely get their film out there more easily through social media.

Keep making things that you would want to see on screen. Get a good crew of people around you. Watch a lot – but not too much. You don’t want to become one of those anxious MIFF zombies who gives everyone FOMO.