"Climbing up the walls? Well probably not yet, but don't worry, it's coming soon."

"Maybe the only thing more scary than the virus you know is coming, is the one that could possess you without you even knowing it." 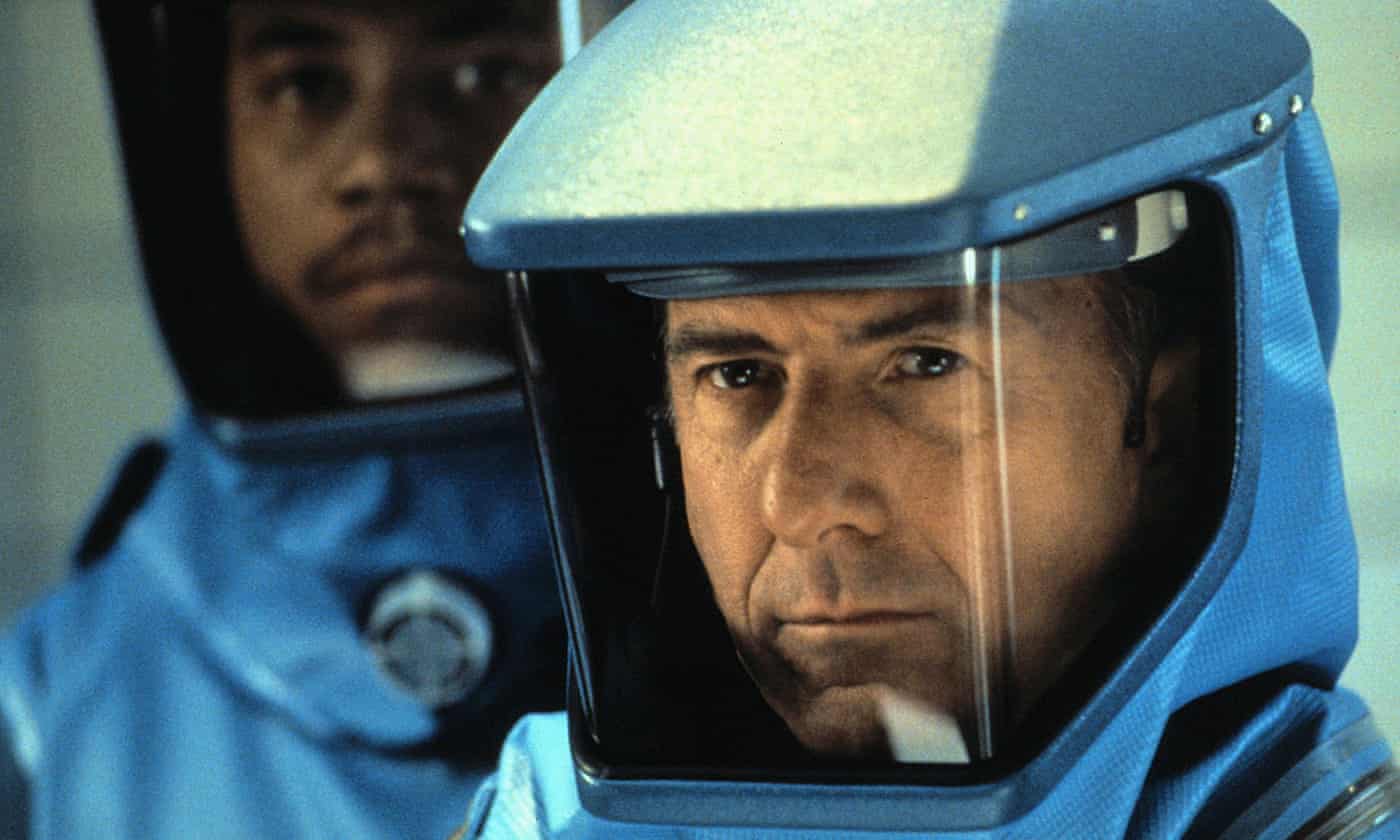 When facing a global pandemic — as you do — it’s only natural to want to watch entertainment content that relates in some way to what you’re going through. Plus, there’s that whole “self-isolation” thing that gives you plenty of time to watch it.

Anyone can recommend you watch Contagion, or Outbreak, or any number of prominent zombie apocalypse movies. That does not take any special sense of curation. That does not add any value.

Well, we here at ReelGood want to recommend you some deep cuts, movies you may not have immediately thought of when you asked yourself the question “What do I want to watch while cooped up alone in my house if I want to make myself even more freaked out than I already am?” Seven of them, in fact, because that’s the number of deadly sins, and there’s some connection in there to coronavirus, though I’m not sure what.

Can we promise you will find all of these easily online? No. But can we promise it’ll scratch that itch, sometimes literally, if you do? Of course we can. 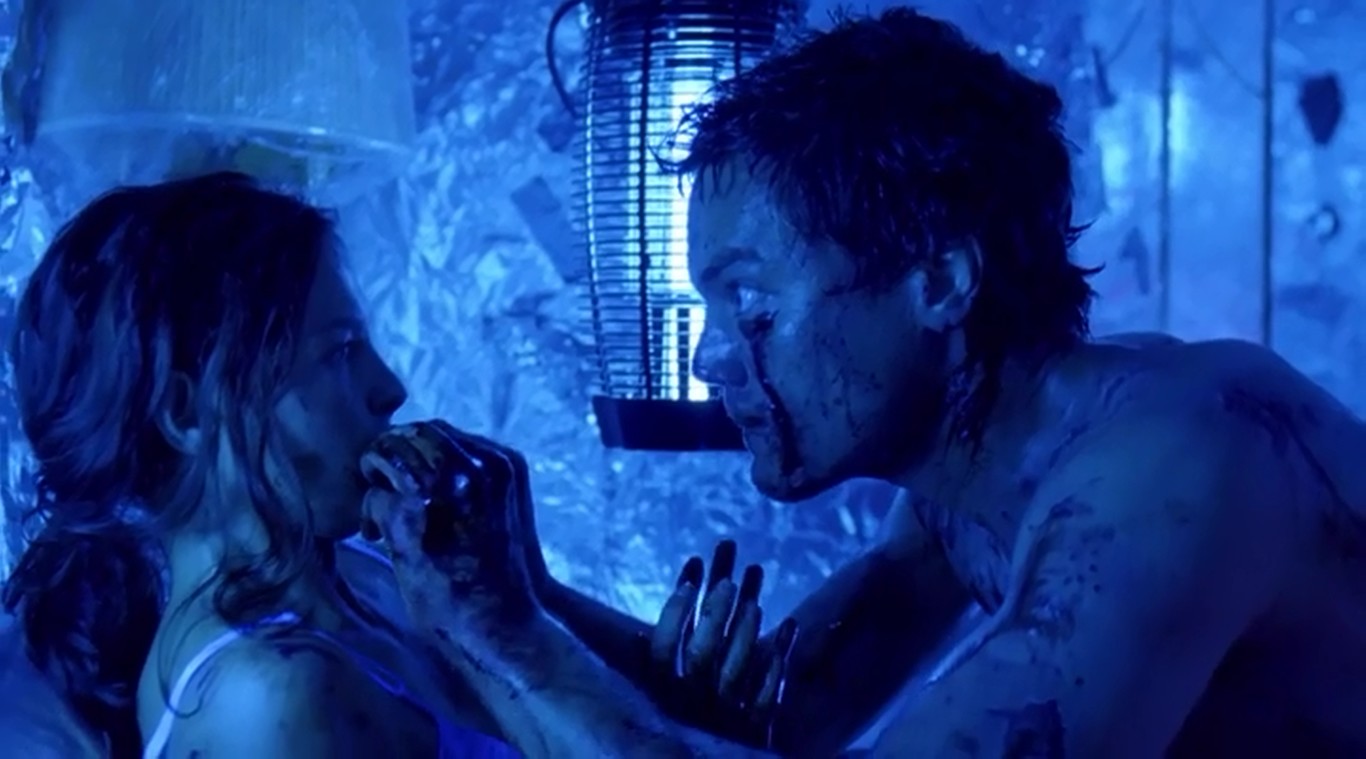 It’s disturbing enough to be trapped in a small space, either unwittingly (because the government told you to) or wittingly (because you’ve got an overdeveloped sense of anxiety). It’s even more disturbing when you feel like the infection has invaded that supposed sanctuary. That’s what happens when Ashley Judd and Michael Shannon hole themselves up inside a motel room in William Friedkin’s Bug, an adaptation of the Tracy Letts play. It’s not microbes that Shannon, and ultimately Judd, are afraid of, but microscopic bugs, which they believe have pervaded every orifice of their bodies and the motel room itself. (Does a motel room have orifices?) Let’s not go into too much detail about what happens to them, but let’s just say there’s a lot of aluminium foil involved, and possibly the removal of some excess teeth. 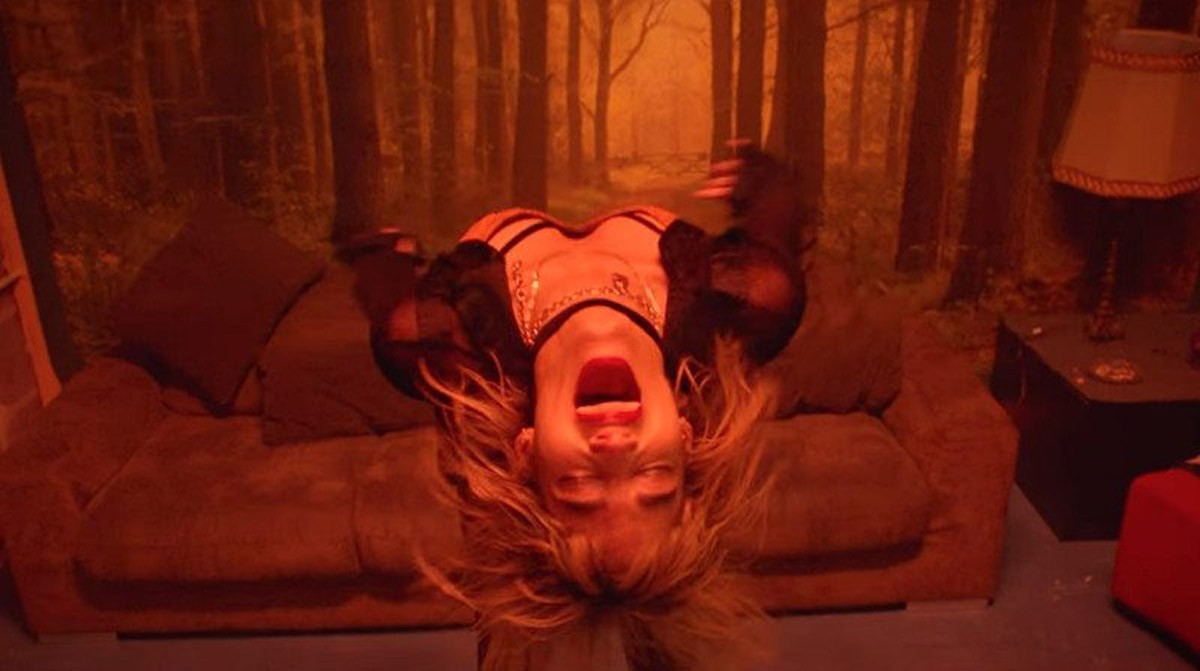 An infection point does not have to be a hospital, a military lab, a damp cave full of the corpses of monkeys bitten by bats, or even a wet market in Wuhan. Sometimes, it can be a bowl of punch. Climax explores the infection of a troupe of dancers when they drink from a sangria spiked with acid, though many of them have already side-stepped their own sanity by the time they figure that out. There are fewer more nightmarish dramatisations of being cooped up with crazy people, and what those crazy people do to each other, than Gaspar Noe’s 2018 film, which starts as a joyous celebration of dance and the improbable bodily contortions of the dancers. Suffice it to say that before all is said and done, those bodily contortions are less a celebration and more an image of hell out of the wildest paintings of Hieronymus Bosch. 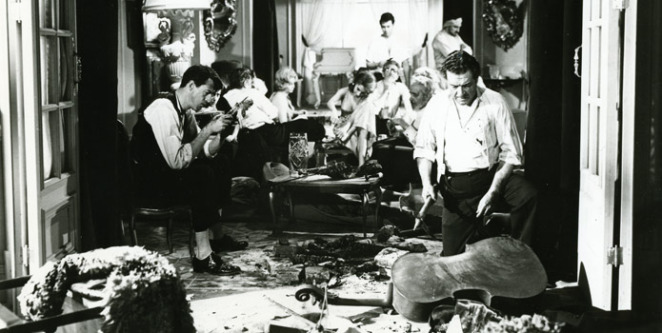 Climbing up the walls? Well probably not yet, but don’t worry, it’s coming soon. At least you’ve got it better than the guests of the never-ending dinner party at the centre of Luis Bunuel’s The Exterminating Angel. When it comes time for everyone to go home, they don’t; instead, they just lie down on the nearest furniture or patch of floor, and go to sleep. They don’t know why, nor why they can’t leave the house as the night turns to the next morning, to the next afternoon, and again to the next night. These aristocrats are infected by a kind of collective insanity that is all the more scary for how mysterious it is. Don’t worry, it won’t get this bad in your own house, as gatherings of more than 50 people are no longer recommended — even if your partner’s grouchy nan seems to suck up the oxygen of three people. 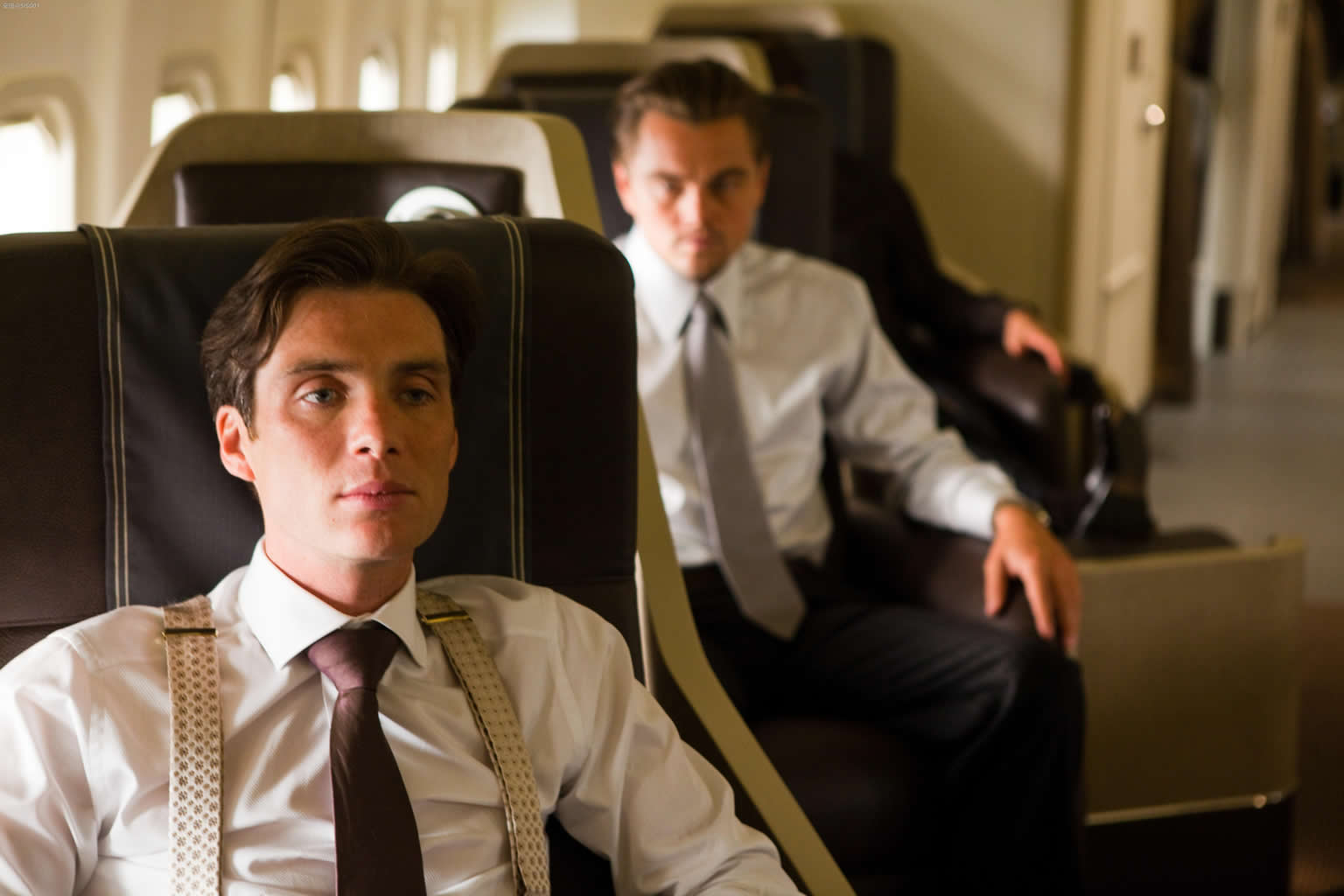 Hey, we didn’t say they were all movies you hadn’t heard of; okay, maybe we did. But what we meant was maybe that if you had heard of them, maybe you hadn’t thought of them as virus movies. Consider Inception: “An idea is like a virus; resilient, highly contagious. The smallest seed of an idea can grow. It can grow to define or destroy you.” Maybe the only thing more scary than the virus you know is coming, and can’t run away from fast enough, is the one that could possess you without you even knowing it. Thus are the helpless victims of Christopher Nolan’s “extractors,” who are doing bad enough work when they steal concepts out of the elaborate dream worlds they have invaded. They are arguably far more insidious when planting a potentially ruinous idea and making you think you’ve conceived of it yourself. Define or destroy indeed.

Is Pontypool a zombie movie? Well, sort of. But what saves it from the category of too-obvious-by-half-for-this-list is the means of transmission. It’s not a bite or even any physical contact. This is a virus of sound, specifically, of words in the English language. An Ontario shock jock (Stephen McHattie) and his station manager get trapped in their small radio station when they learn that words themselves have started to infect listeners and local residents, who have turned feral only through audio stimulus. Physical isolation has been the hopeful recipe for dealing with coronavirus, but what if the virus could pass through walls — assuming they were thin enough, anyway? A silent killer that’s not so silent. 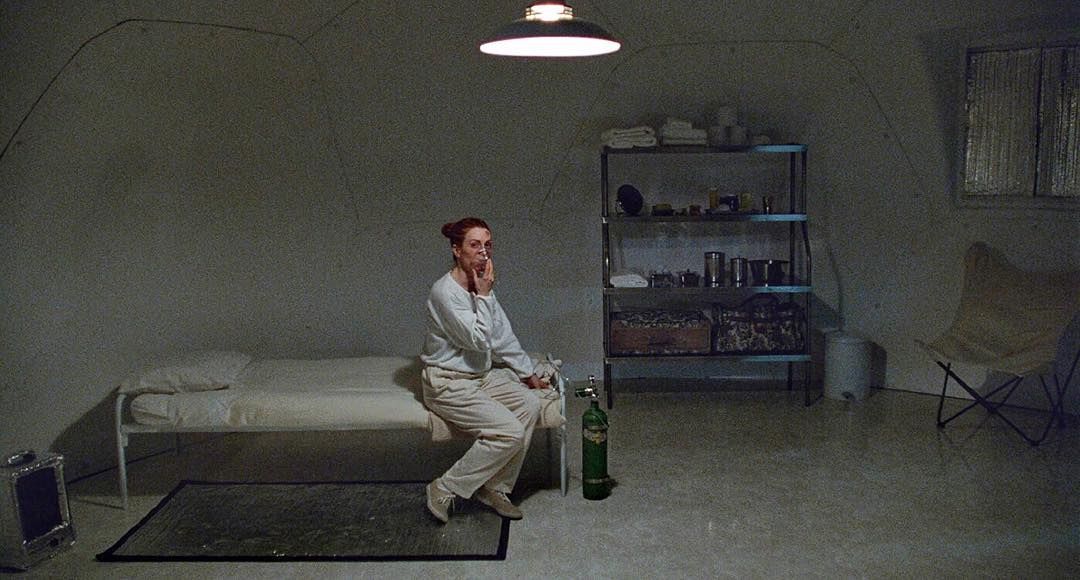 Some of us have surely experienced a moment of superiority when we’ve seen someone walking down the street wearing a surgical mask and thought “Live a little, you hypochondriac!” Well who’s laughing now? Julianne Moore gave us an early model of that brand of heightened fear of the everyday in Safe, the second feature from acclaimed director Todd Phillips. With no apparent cause for the onset of her symptoms, Moore’s suburban housewife Carol White suddenly begins reacting violently to the presence of mundane chemicals, such as cleaning supplies and automobile exhaust. She’s driven into a deeper state of panic as no testing can reveal the source of her apparent allergies, as exemplified in one particular scene where she’s driving through a parking garage with only a vertiginous sense of control of the vehicle. The only solution? Get the hell away. 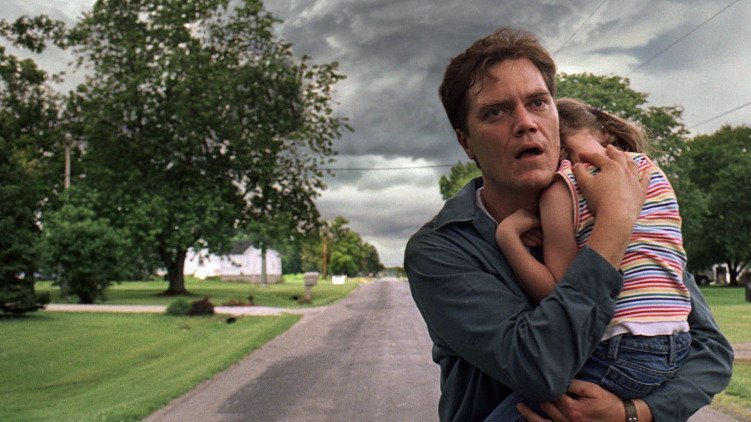 Been hoarding a little toilet paper lately? Well at least you didn’t sink your family into serious debt or get fired from your construction job for borrowing equipment from work to build a fallout shelter under your rural farm. (Or maybe you did; I don’t know you.) That’s the plight of Michael Shannon’s character in Take Shelter, an examination of the mental illness that can derive from the paranoia of the unknown. Shannon, who is starting to seem typecast in these types of roles (see the aforementioned Bug), doesn’t know exactly what’s on the horizon, but promises everyone at a community dinner that “There’s a storm coming!” Whether that’s a literal storm, a figurative storm, or a storm inside his own brain, the only way to get away is to build that shelter and, well, take it. A lot of us can relate right about now.