Although editing has been an integral part of cinema almost since the inception of film, it’s often perceived as an invisible art due to the seamless fashion in which it pulls divided portions of film together. In many cases, the sign of polished and professional editing is that the audience is not even aware of it taking place. Editing is also notable for being the element that separates filmmaking from other art forms such as music, writing and painting. At its most basic level, editing involves the assembly of shots to create coherence, but the process has been explored, developed and molded over the past century. To the unversed, editing may be perceived as a solely technical element of the filmmaking process. In reality it can be hugely creative, innovative and in fact have an important impact on the narrative and emotion of a film.

As early as the silent era filmmakers were exploring the art of editing. Edwin S. Porter, possibly most notable for his films The Great Train Robbery (1903) and Life of an American Fireman (1903) is commonly perceived as the first filmmaker who investigated the idea of cutting disconnected film together. George Méliès, of A Trip to the Moon (1902) fame also developed stories in film thanks to editing otherwise independent film together. Their combined efforts effectively gave birth to the idea of narrative film and breathed life into a technology previously regarded as a gimmick. D.W. Griffiths, famed director of Birth of a Nation (1915) created a sensation by pioneering such complex editing work as alternating between long shots and close ups. Griffiths essentially laid the groundwork for editing practices that are still fundamental today, his work facilitating the establishment of coherent space in film. Birth of a Nation is arguably Griffiths’ most significant work. Griffiths used editing as an important method of establishing spatial and narrative continuity, elements that had previously been fairly unexplored in cinema.

Towards the conclusion of the silent era, filmmakers in the Soviet Union began to explore the effect that editing has on the audience in greater depth. Lev Kuleshov still commands repute today as the inventor of the ‘Kuleshov effect’. Kuleshov edited together a short film in which a shot of an expressionless face was cut between various other shots, including a bowl of soup and a little girl’s coffin. The face remained the same but audiences perceived a different emotion depending on what they thought the face was looking at. If the face was cut together with the bowl of soup, the audience perceived hunger. If it was cut together with the little girl’s coffin, they perceived grief. This experiment has become an important milestone in the history of cinema, with filmmakers as prolific as Alfred Hitchcock and François Trauffaut often citing Kuleshov’s work as having a significant impact on their own films, Hitchcock even going so far as to recreate the experiment himself.

Kuleshov‘s idea that editing could affect the audience emotionally essentially spawned the Soviet Montage movement and much of Eisenstein and Pudovkin’s work with montage editing. Famed director Sergei Eisenstein is perhaps the most notable champion of the Soviet Montage theory. The theory outlined five fundamental methods of montage, metric montage, rhythmic montage, tonal montage, overtonal/associational montage and intellectual montage. Metric montage is based completely on time, following a specific number of frames and then cutting to the next shot. Rhythmic montage involves editing with priority to continuity. Tonal montage manipulates the audience by involving the emotional meaning of each shot. Overtonal or Associational montage is a combination of the first three montage types. Intellectual montage combines separate shots to illicit a specific meaning, almost like a continuation of Kuleshov’s work. Each of these montage forms are designed to elicit various responses in the audience in specific ways. During the sequence in Eisenstein’s own film Strike (1925) in which a group of workers are attacked by police, the director cut in footage of a bull being slaughtered. Perhaps not a subtle example of Intellectual montage, but the sequence, designed to highlight the callousness of the police and the innocence of the workers, was intended to insight resentment of the bourgeois amongst the Soviet working class.

Although much of the development of the editing process has been geared towards audience immersion, there are a number of instances in which filmmakers have explored the use of editing to bring attention to the filmmaking process. During the post-production of his 1960 classic Breathless, French filmmaker Jean-Luc Godard was faced with an exhaustively long running time. Rather than cut out any full scenes, Godard began to edit out unimportant moments of dead weight within each scene. Although George Méliès had experimented with similar techniques, the use of ‘jump cut’ in Godard’s Breathless pushed disjointed editing into public view. The jump cuts highlighted the process of filmmaking rather than seamlessly connecting individual scenes. Espinosa called it ‘imperfect cinema’ because of the way in which it counteracts the idea of editing being the most discreet element of filmmaking. Much of the French New Wave was guided by figures fascinated with the study of film. By bringing the audience’s attention to the method behind a film, the jump cuts invited us to join Godard in his engagement with cinema studies. Rather than absorbing us emotionally, like the Kuleshov effect, the jump cut engages the audience intellectually.

Contemporary editor Walter Murch, who has been responsible for the editing on film such as Apocalypse Now (1979) and The English Patient (1996) has shaped six main criteria for his editing process, which he calls the Rule of Six; emotion, story, rhythm, eye-trace, two-dimensional plane of the screen and three-dimensional space of action. Murch, recognized for pushing himself as an editor by experimenting with diverse editing systems and programs, maintains that emotion is the most important element to consider during the editing process. Murch’s stance on the emotional value of a scene indicates the significance of cultivating various audience responses in the editing process.

To those not familiar with the art of editing, it could perhaps be overlooked as a fairly minor element of the filmmaking process. The true potential of editing however, is effectively limitless. Narrative can be shaped or completely altered during editing. Tone can be manipulated and pacing is absolutely subject to the editing process. Kuleshov proved that editing can be significant when constructing the emotion of a scene or a performance while Godard’s jump cuts highlighted how editing can stimulate the audience intellectually by drawing the filmmaking process to their attention. As an audience, we are all susceptible to the emotional or intellectual manipulation of an editor. 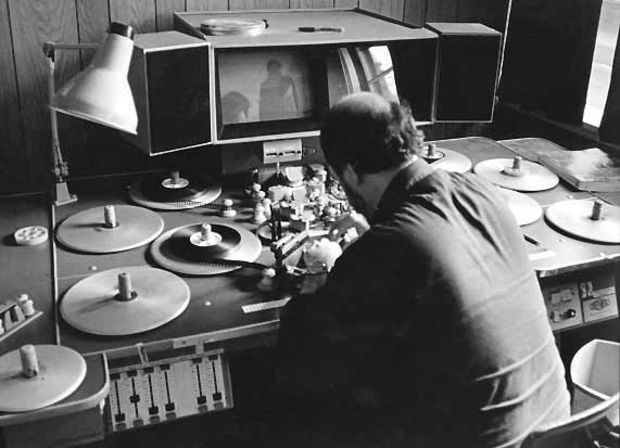