Perhaps the first thing I must address before talking about To The Wonder is that I am a Terrence Malick fanatic. When people call him a wanker, I call him a genius, when people go stark raving mad with boredom, I sit engrossed in his work. Now I know that makes anything I write about him going to seem biased and therefore irrelevant, but bare with me and maybe I’ll swing you over to the Malick side. If you’ve watched any Malick film, you’ll pretty much know what you’re walking into with To The Wonder. It is slow, elliptical, there’s not a whole lot going on, the characters are all a little strange, and  there is a shitload of grass. Most of those are the reasons people absolutely hate Malick films. Cinematography is not one of them. It is pretty much unanimously understood that Malick films are mother fucking gorgeous. To The Wonder is no different except that it might possibly have taken cinematography to a level yet unseen in mainstream Hollywood. How dare I make such a claim!? Well I just did and I’m gonna go over why.

There is very little dialogue in To The Wonder. I mean really really little dialogue. Of that dialogue, even less of it is conversational, the majority being floaty narration. It probably wouldn’t be a stretch to say that a large majority of the film is the fairy-like Olga Kurylenko running, dancing, spinning and prancing. Yet there is a surprising amount of plot. Relationships form and break, social issues are raised, environmental issues are highlighted, deep insecurities are struggled with and theological concerns are wrought. The magic is in the relationship between the writing and the image. Malick is able to inject just enough information with dialogue and then show us the rest in the image. He doesn’t shove plot down your throat like most films do and while he’s not the first filmmaker to try it, he is one of the few to absolutely nail it. 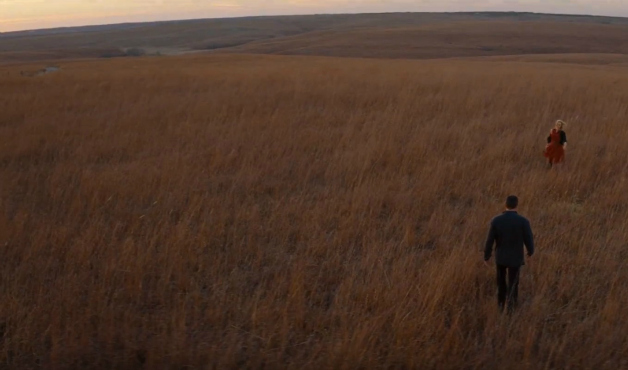 This is largely thanks to his working relationship with Emmanuel Lubezki. This is the third film that they have worked on together and the collaboration is distinct and fascinating. If you have watched all of Malick’s six films, there is a pretty clear distinction between the most recent three and the first three. Malick’s films progressively got dreamier and more poetic once he started working with Lubezki. While a lot of that dreaminess is due to elliptical editing and story telling, it only works because of the manner in which Lubezki is able to capture what Malick wants. Malick is notorious for taking ridiculously long to edit his films and a lot of that is because he never really plans how things are going to be shot. In fact, when Malick first contacted Lubezki to shoot To The Wonder, he told him that reading the script was optional and that it would almost work better if Lubezki approached the film like a documentary. They had already cast aside artificial lighting in The New World (although Lubezki admits they failed to be totally free of it) and began to drop any form of structure in The Tree Of Life, so it seemed Malick believed it was time to fully embrace this poetic filmmaking practice. 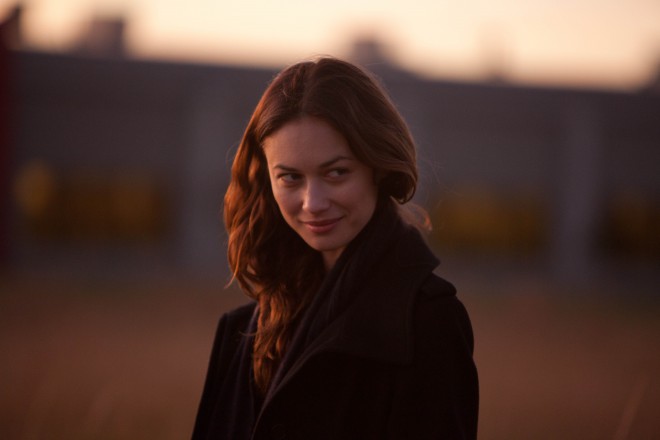 So what’s all this got to do with cinematography reaching a new level? Well for one thing, we are beginning to see cinematography doing what it is naturally inclined to do, tell a fucking story. When you walk into a romantic comedy, you don’t expect any fancy cinematography. What you expect is boring shot-reverse-shot conversations and some affable fella getting the girl. This is the tragedy of cinema, for what about that style of cinematography makes this work as a film and not a play. It is becoming more and more apparent that many films are not about being films, and are about the story instead. If the film would work just as well on stage then it has failed at being cinematic. Now before you go up in arms and start yelling “It’s always about the story!” at me, let me first say that I agree. The story is fucking important, but it doesn’t always make a fucking awesome film.

What To The Wonder is, is cinematography being glorified and celebrated, without taking away from the story at all. This isn’t Avatar where the CGI and over the top action sequences hid the fact that its story was basically Pocahontas-in-Space. Neither is it 300, where innovative, clear and exciting action sequences covered up the fact that there is no real story worth telling. The image isn’t being exploited in To The Wonder, it is being utilised for the good of the story and the film. To The Wonder is far from the only or the first film to do so, but the extent to which it goes is something special and distinctly Malick.

So I never really got into the guts of the cinematography in To The Wonder and instead used it as an excuse to rant about what I think cinematography is all about. Here’s an ultra abridged version, the movements are slick and add life to the stillness on screen, the deep focus is an interesting choice and feels like a breath of fresh air following the wave of ultra shallow HDSLR filmmaking, the use of natural light adds a depth and complexity that is much harder to master than one thinks, the unconventional coverage adds to the poetic nature of the story, composition is excellent at placing people against the great majesty of the world, Lubezki made rural USA look mystical and exciting and finally, there is a lot of fucking grass and I love it. All in all, people will still call wanker, will still yell boring and will still claim the film is indecipherable, and to some extent they are right. But if you’re reading ReelGood, you probably actually give a shit about film and hopefully you will be able to appreciate what films like To The Wonder are doing for the art.