Out now on DVD and Blu-ray. 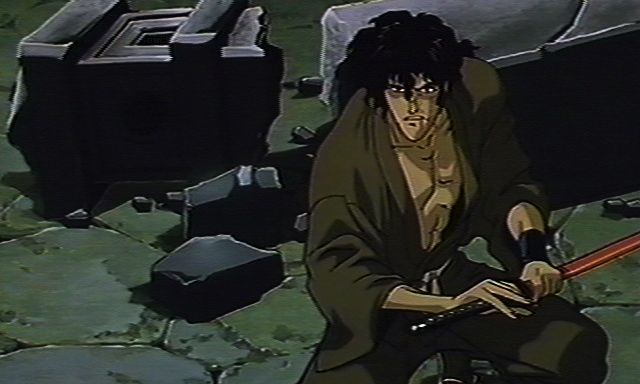 Ninja Scroll was one of the first anime films that I watched that clued me into the fact that animation does not necessarily equal “children’s film”. Produced in 1993, and now available to own again on DVD and Blu-ray, this film that is widely considered director Yoshiaki Kawajiri’s masterpiece is bloody and violent, and certainly not for the faint of heart.

After news that the village of Shimoda has been devastated by a strange and mysterious epidemic, the Koga Team of ninja’s is dispatched to ascertain what really happened. One of the members of the team is Kagero, a female ninja and poison tester for the lord of their clan. Meanwhile, ‘ninja for hire’ and master swordsman Jubei undertakes the task of seeking out the Shogun of the Dark, who wishes to overthrow the government. To do this, he must face the 8 Devils of Kimon. Jubei and Kagero cross paths, and unite to defeat the evil threatening the land.

Set against the backdrop of 17th century feudal Japan, Ninja Scroll blends mysticism, demons, and very loose elements of history to create a fantastical story. The fight scenes are furious and visceral, with the action a frenzy of movement almost too fast for the eye to catch. It’s almost hyper-violent, and in some places, incredibly disturbing. 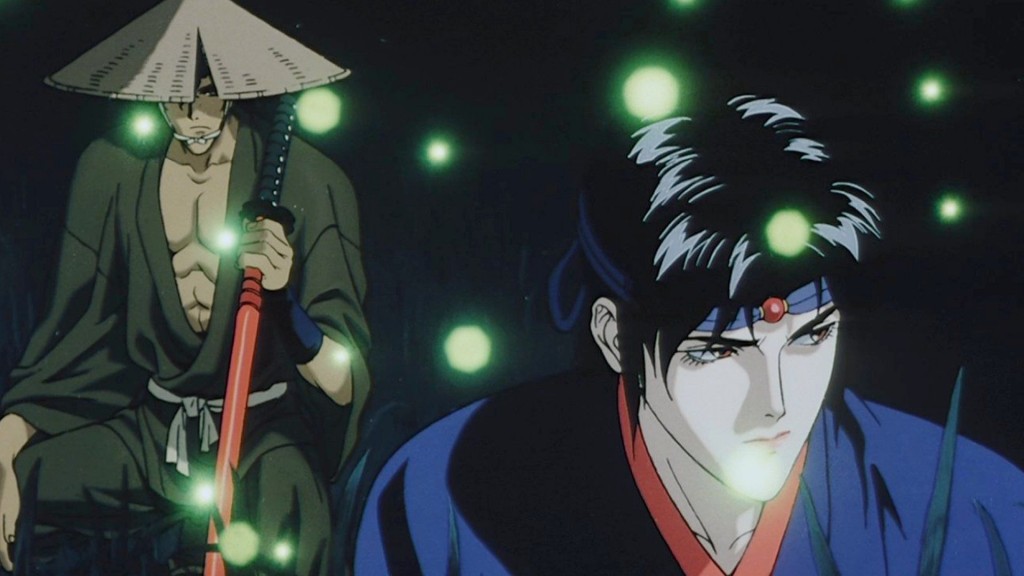 Kagero is the perhaps the most interesting character – she is viewed as little more than an object, or referred to only as ‘the ninja girl’ by many of the characters, and several scenes involve her being sexually assaulted. It’s sickening, but the film itself never presents Kagero as simply an object. She is a strong ninja in her own right, self-sacrificing and loyal, strong, but in her private moments reveals a heart-breaking fragility. She survives as best she can in a male-dominated world.

In the collector’s booklet that accompanies the remastered DVD and Blu-ray releases, director Kawajiri states: “I’m interested in the impact of horror created by blending reality and fantasy.” Ninja Scroll expertly blends these elements, producing a series of horrifying, yet gripping images and sequences. The animation is superb, with character designs that are distinct and sometimes, grotesque. Yet the world is a visually stunning mix of reds and blues, with memorable set pieces and scenery.

While it is sometimes an uncomfortable experience, it cannot be denied that Ninja Scroll still makes an impact more than twenty years later. Itis a must have for any anime collection.