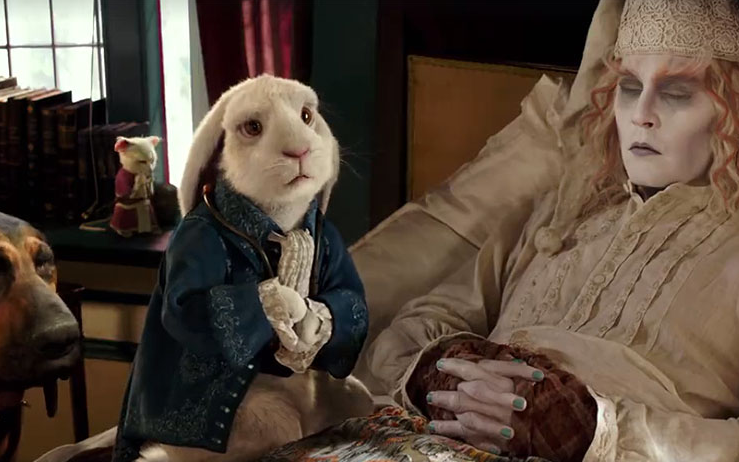 The success of Tim Burton’s Alice In Wonderland was as startling as it was disheartening. For an adaptation of one of the archetypal examples of imaginative narrative, the film lacked imagination. It was also damming addition to Tim Burton’s legacy over the past decade or so of repetition and an almost complete incapacity for film beyond visual artistry. And yet, it earned over one billion dollars at the international box office on a budget under one fifth of that. It also earned a swarm of negative reviews, but why should it be on Hollywood executives to pay any mind to those? And so here we are, with the second high-budget fantasy sequel of the year that nobody asked for to a film that nobody enjoyed (the first was The Huntsman: Winter’s War, by the way).

Alice Through The Looking Glass is better than Alice In Wonderland but Alice In Wonderland was entirely awful, so it’s not such an impressive accomplishment as all that. Taking over from Burton as director is James Bobin, who has demonstrated a flair for both writing and directing in his work on the television series The Flight of the Conchords as well as the two recent Muppet movies. Here he is hindered by the poor groundwork laid by Burton, and a dull script by Linda Woolverton, who also wrote Burton’s film and the equally lacklustre Maleficent. This is a truly terrible time for fantasy in cinema. Bobin manages to inject a degree of energy and fun into the film, but there’s no masterpiece to be found within the world of Burton’s original. 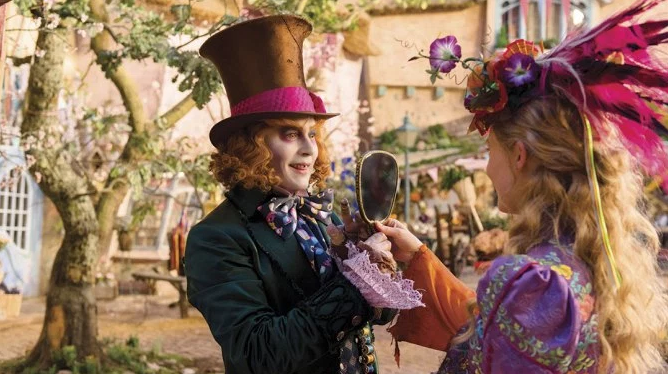 From the title, you might expect Bobin’s film to follow, to some degree, the Lewis Carrol novel “Through the Looking-Glass, and What Alice Found There”. It doesn’t, and you should temper any form of expectation y0u might have of the film. A while after the events of the first film, Alice (Mia Wasikowska) is now a talented sea captain, because she is. Through a series of events you won’t care about, she finds herself back in Wonderland. Unfortunately, Johnny Depp‘s atrociously realised Mad Hatter is also back, and he’s central to the plot. There are no moments in which Johnny Depp is on screen in this film that are engaging. A lot of them are infuriating. Do you care about the Mad Hatter’s lack of paternal approval? You’d probably be in the minority if you did. Better is Sacha Baron Cohen as Time. Ostensibly the villain of the piece, Time is a far more sympathetic character than anyone else in the film, and Baron Cohen’s natural gift for character is impressive.

If a movie is financially successful it certainly doesn’t mean that everybody is hustling for a sequel. Alice Through The Looking Glass is an extraordinary waste of time, talent and money, and it’d difficult to believe that anyone involved in the production could have seriously believed otherwise. In his introduction for “Alice’s Adventures Under Ground”,  Carroll wrote “The `Why?’ cannot, and need not, be put into words.” Disney, the studio behind this unnecessary film, seems to follow a similar train of thought regarding Alice Through The Looking Glass. Why? Certainly the ‘why not’ could be, and probably needed to be, put in some strong words for the studio.