"The movie is actually more about the family itself, as might be expected given that it was made by the family’s filmmaker daughter."

"The closing of the two locations of Circus of Books ... also ends up being a comment on the passing of physical media into history. " 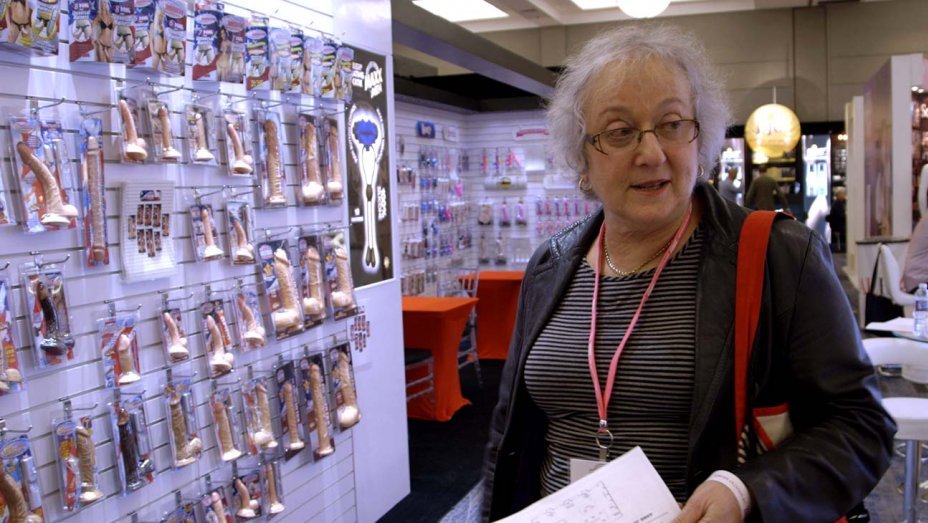 As the story of Karen and her family unfolds – the Netflix doco was directed by Karen’s daughter, Rachel – it becomes clear that Karen has lived a life of “noticing without looking.” She must have noticed that her oldest son was also gay, but she never really “looked” at it, and when he finally came out, it was not her finest moment. How can a woman who has made a living distributing, and therefore countenancing, images of explicit intimacy between men, not accept the same choices in her own child? Especially when they were not “choices” at all.

It’s one of the core conflicts explored in a movie that advertises itself as an eccentric document built on the apparent contradiction of a kindly old Jewish couple running a business that’s a hotspot for gay sex. That’s sometimes literal, as during the 30 years of this store and its Silver Lake second location, dating back to the 1980s, men would actually cruise for each other among its aisles of books and videos.

The movie is actually more about the family itself, as might be expected given that it was made by the family’s filmmaker daughter, who wasn’t aware what her parents did for a living until she was in high school. It’s a bit of a bait and switch, potentially, as it’s possible to say that Rachel Mason shortchanges us on the quirky war stories we might have been expecting from three decades running this type of business. The material about her brother and his struggles with accepting his homosexuality, while touching, is not exactly something we’ve never seen before.

Barry and Karen Mason got into the hardcore gay media business by accident, through interesting and circuitous means. He was a movie special effects expert who actually designed a device used in kidney dialysis machines. She was a former journalist who interviewed porn magnate Larry Flynt, among others. Upon starting a family, they got into distributing Flynt’s Hustler magazine as a way to make money, and the rest of their career snowballed from there. Their business put them in the path of the religious right friendly governments of Ronald Reagan and George H.W. Bush, making them the targets of the same types of indecency probes that targeted Flynt. 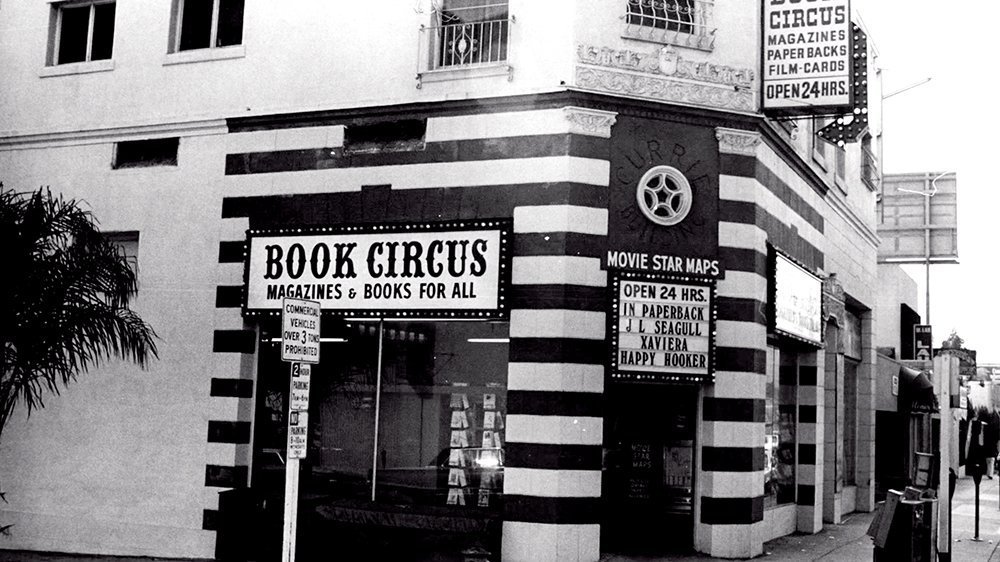 The Book Circus – renamed Circus of Books not long into its existence – became a cherished landmark in the history of the gay movement in Los Angeles. In addition to selling hardcore material, it also sold books and periodicals with a more political bent, many of which emerged at a time when gay men could not come out for fear of losing everything that was dear to them. Some of those who worked at the store, or just appreciated its symbolic significance, are also interviewed in the film, most of those interviews occurring around the time the Silver Lake branch was closing in 2016.

That Barry and Karen gathered such non-explicit material, which was strictly speaking not as profitable, gives some indication of the political support they showed for freedom of speech and freedom to pursue one’s own definition of sexuality. But they still couldn’t talk about what they did among “decent people.” They would say they ran a book store but didn’t go into more detail.

Which is where the sexuality of Rachel’s brother became a thorny issue. While his mum was continuing to spend a huge amount of time in the synagogue, Josh Mason was hearing kids on the playground call anything bad “gay,” and knew his sexual orientation was considered unnatural in his mum’s conservative faith. 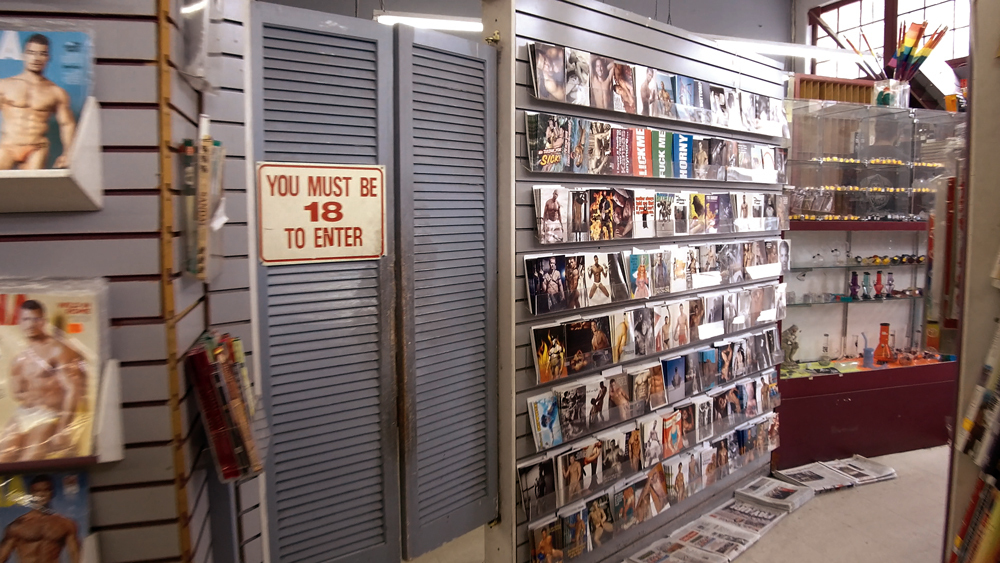 Rachel Mason gives us a very watchable film in Circus of Books, and as a musician as well as a filmmaker, she even recorded the song that plays over the closing credits. Being close to the material is clearly a benefit for having gotten the film made, as Karen Mason seems reluctant to have a lot of this filmed even when it’s her own daughter filming it. It might also be a small hindrance, as the film might devote a little longer than it should on her family dynamics. That’s what makes the film personal, of course, and it certainly doesn’t prevent the director from delving as deeply as she should; in fact, she doesn’t shy away from portraying her mother as a hypocrite.

It might be that there were two good movies to be made here, one about the store and one about her family, but that maybe neither could have reached feature length. The way she blends the two of them is certainly skillful, but it may leave the viewer wanting just a little bit more from each topic. 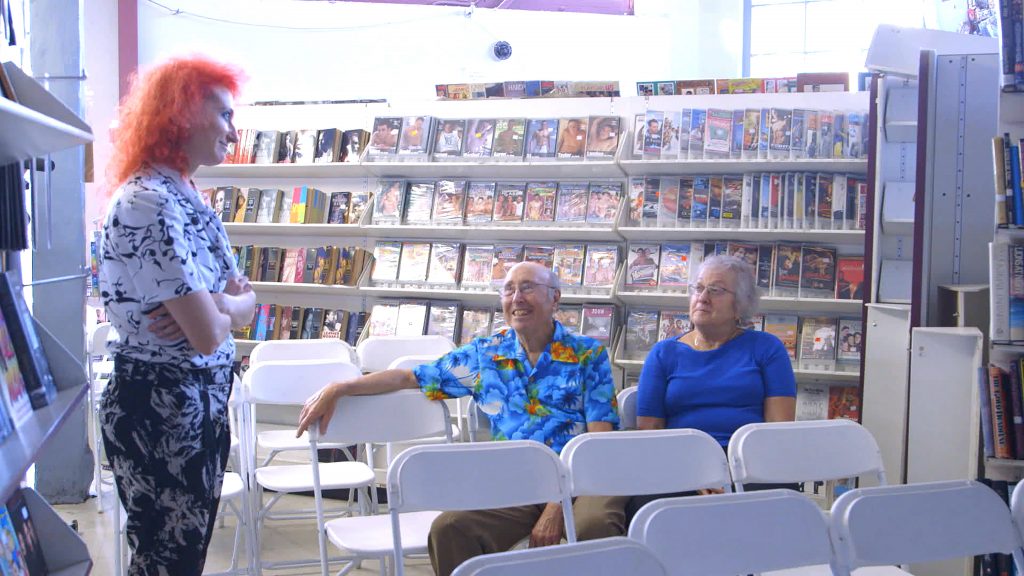 There’s a third theme that comes through wistfully, which can be applied more universally. The closing of the two locations of Circus of Books – the second of which occurred after the film was completed – also ends up being a comment on the passing of physical media into history. That will always be an emotional trigger for certain members of the viewing audience, be they gay or straight, who came of age at the same time as Circus of Books.

As she’s clearing out stock that can no longer be sold, and dumping it in the skip behind the Silver Lake store, Karen says that maybe the dumpster was where this business was always destined to end up. A generation of gay Angelenos would beg to differ.