"Cruella is like a mixture of the Joker and Harley Quinn. She can bring the chaos with style."

"Whenever Thompson and Stone are on screen together – and even when they’re on screen separately – it’s delicious."

The Disney Villain Rehabilitation Tour, which got started in 2014 with Maleficent, makes its latest stop in the land of 101 Dalmatians, with a villain so iconic, she has her own theme song. Most of us were always content to loathe Cruella De Vil unproblematically, but if sympathising with misunderstood villains is your thing, Disney’s more than willing to provide the tragic back stories for you to do so. 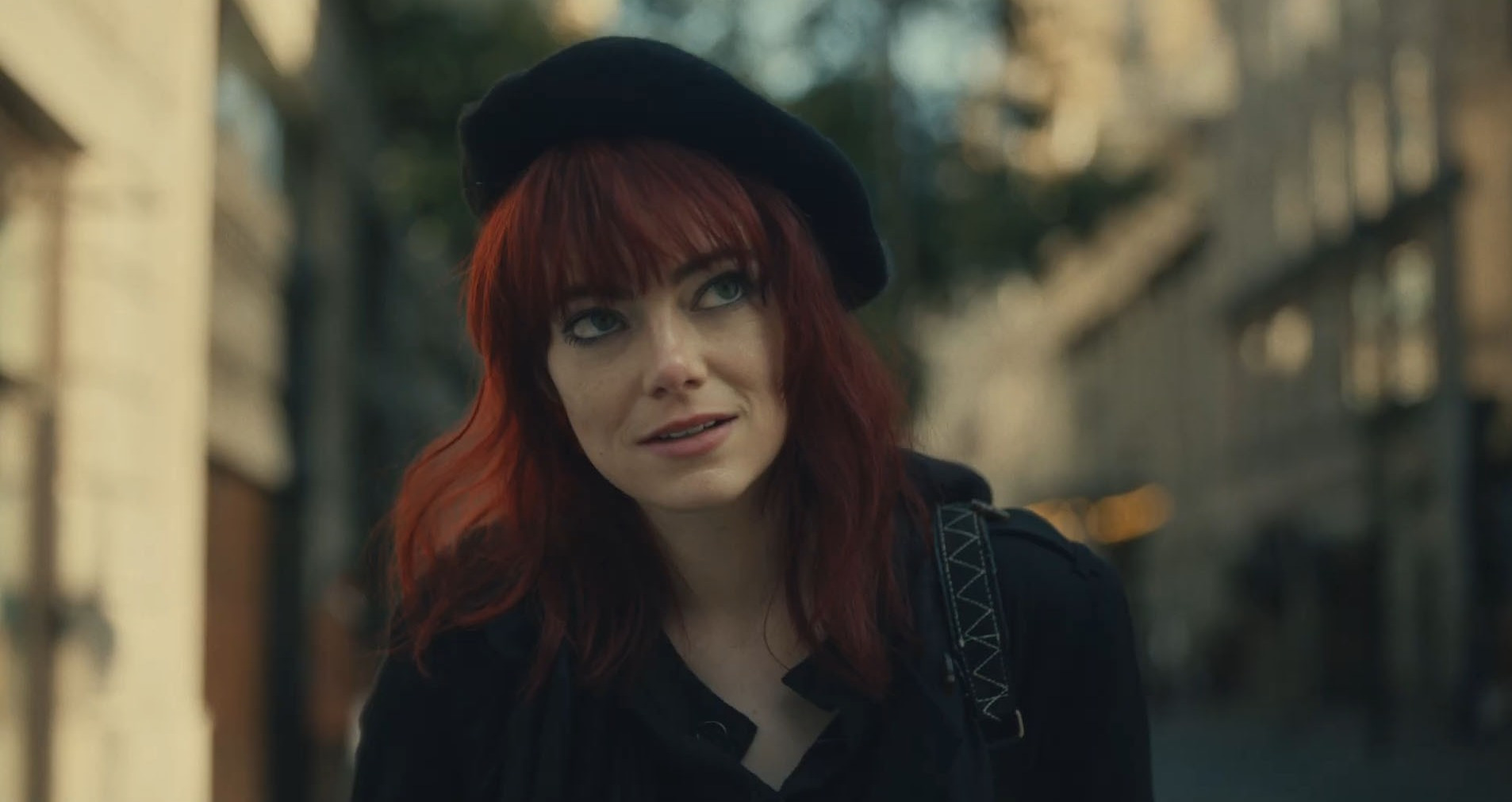 That’s a rather flippant way to introduce one of Disney’s most successful of the live action remakes that have consumed the studio’s output for the past four years or so. Craig Gillespie’s Cruella probably needn’t have been made, like so many of those recent ventures designed to capitalise on the studio’s intellectual property a second (or third, or fourth) time through. But if it’s worth celebrating, it’s because of Cruella herself. Emma Stone has rightly become one of Hollywood’s biggest stars in the past decade, and Cruella, a role that initially might not seem right for an actress we love to love, ends up being another delightful demonstration of her abilities with the craft.

Stone only starts to play Cruella – née Estella – about 15 minutes in, after the necessary prologue establishing that tragic back story. The troublesome little girl always getting sent into the headmaster’s office, with her perfectly bifurcated hair colouring – one side white, one side black – watches her mother pushed over a cliff by three overzealous dalmatians, sicced on her by an unseen master at a party where her mother had arrived to request a loan. Estella then tumbles into orphanhood, meeting up with the two young boys, Jasper and Horace, who will become her life companions.

At this point the movie is seeming rather tedious. In addition to failing to distinguish itself yet, it’s relying too much on Stone’s narration, which sounds awfully affected in a vacuum, before we’ve met the actress that goes with it and seen how she plans to interpret the role. But after a clever time lapse through a mirror on her vanity, Stone pops into the picture, a saucy amateur thief with raven hair and a wicked sense of humour. At this point her story starts to become interesting, in large part because Stone herself is so interesting.

As part of the complex pickpocket schemes she dreams up with Jasper (now played by Joel Fry) and Horace (now played by Paul Walter Hauser), Estella becomes a master seamstress of the costumes necessary to pull off their heists. She dreams of the world of fashion and gets her opportunity when she scams her way into an apprenticeship with the Baroness (Emma Thompson), an impresario who is the fantasy equivalent of Miranda Priestly from The Devil Wears Prada. It’s the De Vil, not the devil, we’re concerned with here, as Estella begins leading a double life as both the meek apprentice and the daring new fashion maven setting London’s fashion industry ablaze as she upstages her boss left and right. She’s got more on her mind than career advancement, though, as Jasper and Horace begin not being able to recognise the young orphan who had just lost her mother – sad, but a lot kinder than the person standing in front of them now. 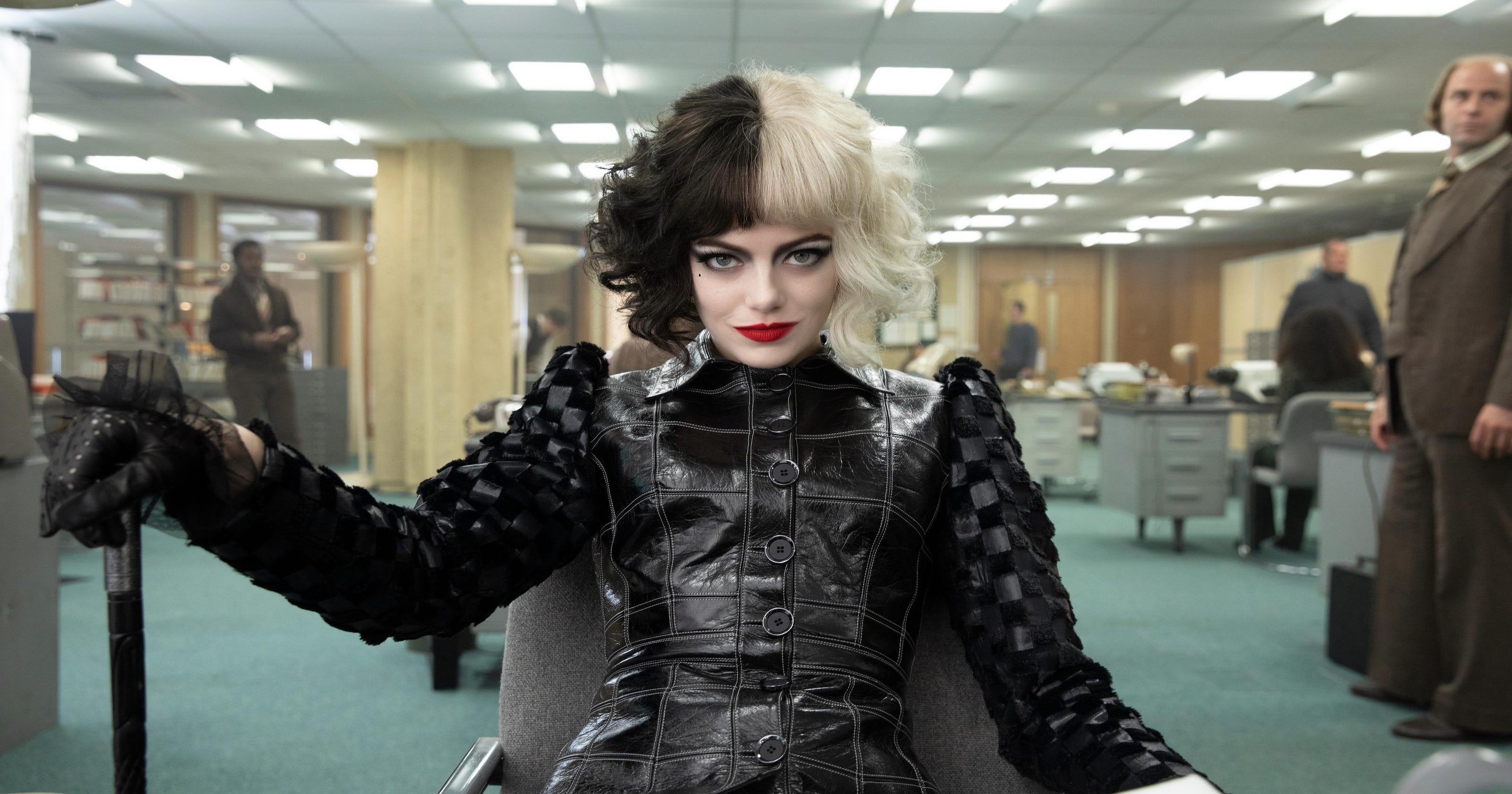 If Cruella is fuelled by Stone’s charisma, then it gets an extra fuel injection from Thompson, also stepping outside her usual mode to play someone wicked and larger than life. But we can’t skip over one Emma in our eagerness to get to the other. Stone has a blast with his material, even if her transformation from a 1960s proto punk who might have ridden the tube next to David Bowie, to a vamping villain in training, sometimes seems a bit hasty. No matter. Always making a great entrance – as when she’s disgorged from the back of a rubbish truck in a sea of fabric, which proves to be the train of her dress and stretches for three city blocks – Cruella is like a mixture of the Joker and Harley Quinn. She can bring the chaos with style.

Yet the trick here is to establish the character we all know while retaining our sympathies, and there may be no actress more capable of that than Stone. Bluster is part and parcel to any interpretation of De Vil, but Stone makes us believe that could have been an outgrowth of the more digestible personality we’re given at the start. Even after she’s gone “full Cruella,” she grants us access to the character’s humanity, especially during a scene at a fountain speaking to the spirit of her dead mother (not literally) after she’s already fallen from grace. Stone makes choices with her facial expressions and her line deliveries that have an originality all their own, and do all the narrative work that her narration is relied on to do at the start. It’s no wonder that narration dwindles to a minimum as the story moves along. Stone can do it all herself, no screenwriters needed. 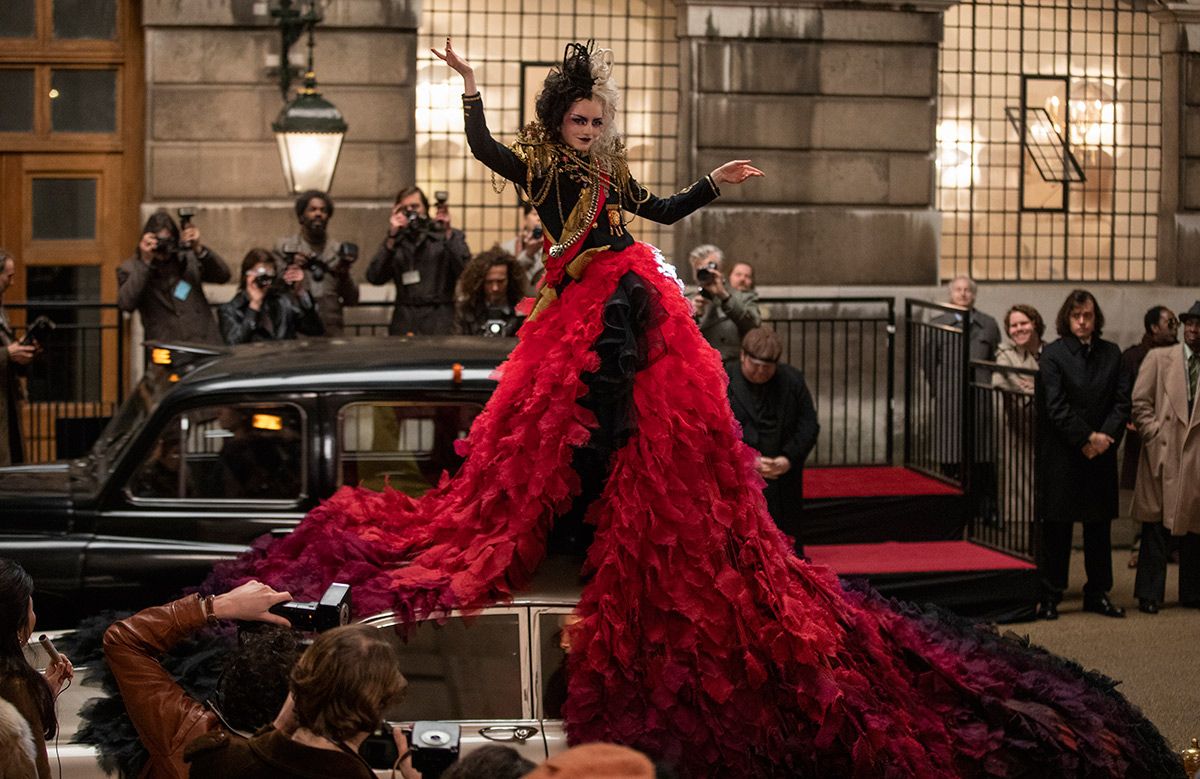 Gillespie is not a director of particular distinction, but he acts like one here. This is a grandiose-looking production with exceptional camera placements and movements, as we’re swept through this opulent reproduction of London of the 1960s. If all the money didn’t go to the set design, then it certainly went to clearance on the popular music of that era, which virtually drenches us with period flavour. And while such a musical tapestry is frequently designed to patch over flaws by activating our nostalgia, here it bursts with energy, augmenting the action even when the song choices themselves flirt with the overly familiar or on-the-nose.

We said we had to get back to the other Emma, and Thompson is the other half of the 1-2 acting punch that makes Cruella sing. Cruella may be stealing the Baroness’ spotlight, but she’s stealing Cruella’s cruelty – which gives lie to Cruella’s own moniker by comparison with its viciousness. The difference between her and the adversary in, say, the Maleficent sequel – there played by Michelle Pfeiffer in scenery-chewing fashion – is that the wickedness feels baked in here, organic. There are ways to play big and ways not to play big, and Thompson is well versed in the former. Whenever she and Stone are on screen together – and even when they’re on screen separately – it’s delicious. 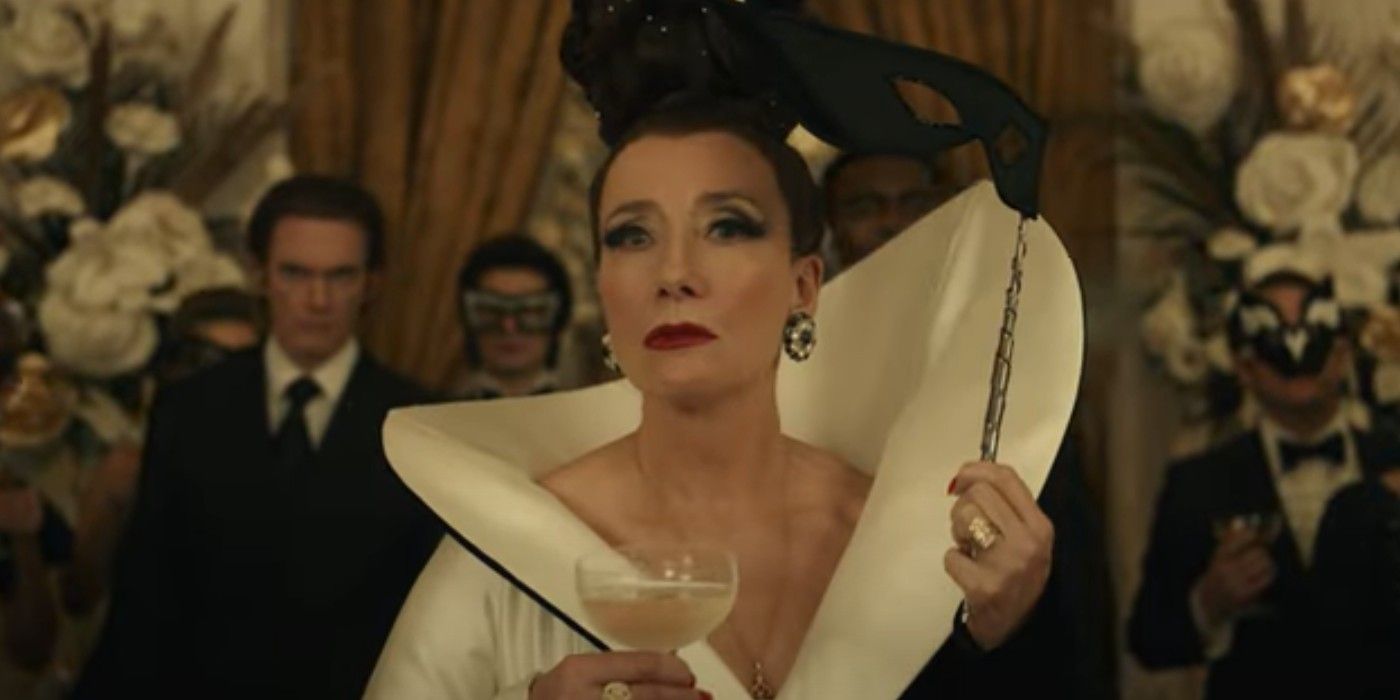 Cruella might have been an unqualified success if not for a few things holding it back. One is a two-hour-and-14-minute running time, which is more indulgent than it needed to be, even if Cruella is never boring. Another is that lingering resistance to giving yourself over to Disney’s relentless pursuit of ever greater profits, which is certainly the primary motivator for this film’s existence. The ending won’t let you forget that this origin story is likely laying the groundwork for a proper 101 Dalmatians remake. But if Cruella didn’t need to be made, at least it was made by the people who made it – and made it a damned entertaining watch.

Cruella is currently available in Australian cinemas and for premium rental on Disney+.