"Girls Trip is indeed a bawdy comedy in a tradition that goes back a lot further than The Hangover..."

"Girls Trip succeeds in a big way with its first order of business: to be funny."

In the year of Wonder Woman, another healthy dose of intelligently made girl power comes in the form of Girls Trip, in which sisterhood is reinforced and New Orleans is taken by storm. Can a movie where not one, but two drunk girls get stuck between balconies on a zip wire, and unleash not one, but two torrents of urine on the partygoers below, really be intelligently made? Indeed it can, because as Wonder Woman proved, these days it’s not the concessions you’re forced to make to formula that measure your intelligence. It’s the way you navigate that formula, and how you come out the other side.

Girls Trip is indeed a bawdy comedy in a tradition that goes back a lot further than The Hangover, and has been proceeding forward with extra intensity since then. But it’s also a movie that gets to “have it all,” which is the mantra of one particular Oprah-style author played by Regina Hall, who has risen to stardom on her best-selling self-help book for women. In fact, one of its most touching moments is when its four stars somewhat anachronistically kneel at bedside to pray and give thanks to God – after a night in which they’ve been hallucinating on absinthe. Not because they are asking for absolution for their transgressions, but just because praying before bed is the right thing to do. It may not seem like Girls Trip can or should pull this off, but it does. 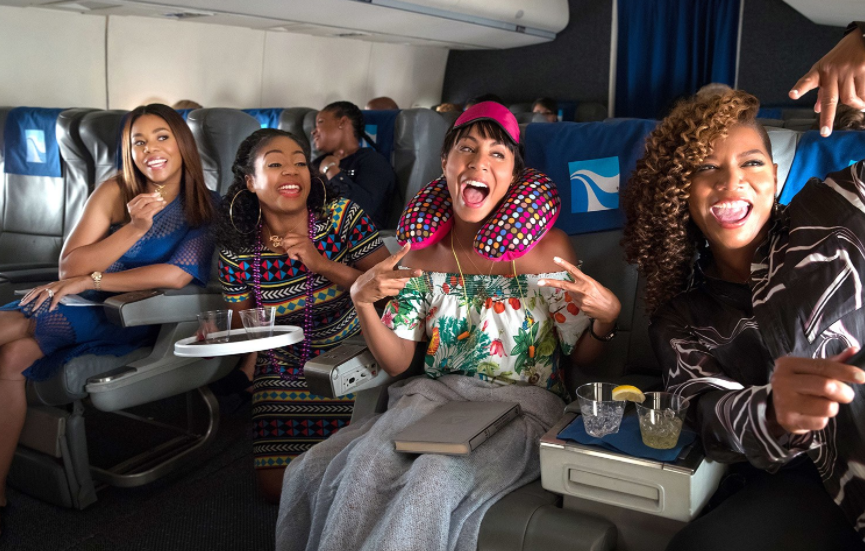 Malcolm D. Lee’s film is not only a distaff version of The Hangover – which we already got in Bridesmaids, and earlier this year, Rough Night – but also an African-American one. Flanking Hall in the cast are Queen Latifah, Jada Pinkett-Smith and Tiffany Haddish, the last of whom is about to blow up in a big way. Together they form the Flossy Posse, a foursome of friends from university whose legendary weekends together have become increasingly less frequent the further away from those days they’ve gotten.

Ryan (Hall) seems to “have it all,” as she’s on the verge of signing a major promotional deal for a big box store alongside her husband and brand partner, retired football player Stewart (Mike Colter). Sasha (Latifah), though, is struggling as an online gossip blogger, still reeling from the days she and Ryan didn’t go forward to make their own brand together, while Lisa (Pinkett-Smith) is an uptight divorced mother of two and Dina (Haddish) is a wild card whose temper keeps her from holding a job. 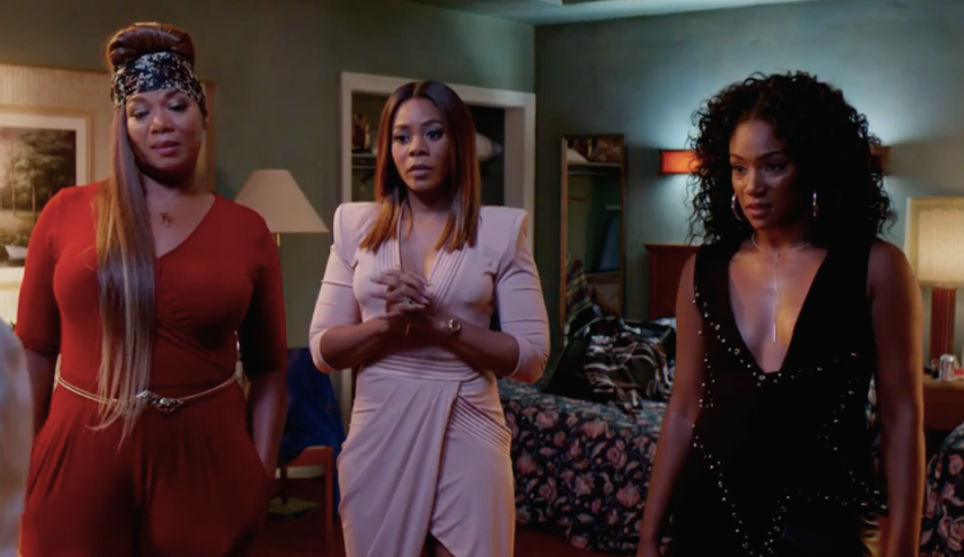 In truth, none of them “have it all,” as is about to be revealed when a cheating scandal by the football player threatens to come to light during a long weekend in New Orleans in which the girls have assembled to rekindle their friendship. It’s also Essence Music Festival weekend, and Ryan is supposed not only to be the keynote speaker at an address celebrating African-American women, but also to close the promotional deal with her cheating husband.

Girls Trip succeeds in a big way with its first order of business: to be funny. Although all the actresses are capable comediennes, leading this charge is obviously Haddish, who’s meant to be the unhinged one but is also the film’s moral centre, the one with her priorities the straightest. That Haddish does this while also being a combustible, foul-mouthed firecracker is a tribute to exactly the type of star-making performance she gives here. Haddish is most representative of this film’s terrific dialogue, written by Kenya Barris and Tracy Oliver, as she delivers several epic rants, the funniest of which involves the detailed ways she will disembowel the unfaithful Stewart. One of the other characters may be named Sasha, but Dina is the one who’s fierce, and she brings it in every single scene.

Some of those scenes are big, and the ones explicitly constructed as comedic set pieces don’t always work. But that’s okay because comedy is not necessarily Girls Trip’s best weapon. Grounding the film’s serious side is Hall, the believably conflicted career woman who actually already knows her husband is, or at least was, cheating. The brand is more important than the marriage, and not even necessarily because Ryan needs the money, as it is not clear she does.

Ryan is representative of a real tradition of women who have made compromises in some areas of their lives in order to flourish in others, particularly where scoundrel husbands are concerned. Hillary Clinton might be another example. For however coolly Ryan handles the threats to her brand, though, Hall shows us the real human inside who rebels against the sacrifices she’s had to make. It’s a complex portrayal and Hall sells every minute detail of it. 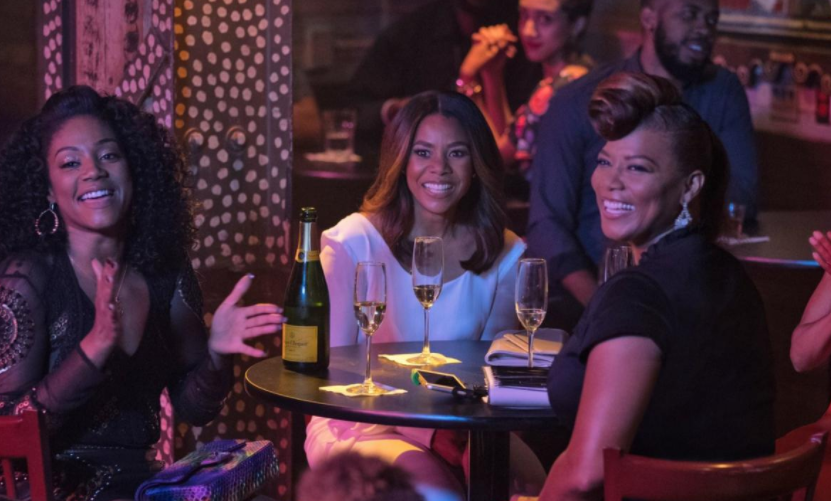 One of the real joys of this film is not only the way it assembles this terrific cast – Latifah and Pinkett-Smith are also pleasures – but the way it assembles R&B superstars from the last 30 years. As some filming occurred at the actual Essence Music Festival in 2016, acts such as New Edition, Babyface, Common, Mariah Carey, Doug E. Fresh, MC Lyte and Ne-Yo all appear as themselves, performing. It’s not clear how many of them did any additional filming beyond their scheduled performances, but we know at least Sean “Diddy” Combs did, as he takes Haddish up on stage for a bit of an innocent grinding session.

The ways Girls Trip “has it all” bulges it out past the two-hour mark – long for a comedy, but still shorter than most of Judd Apatow’s films. The length is something you won’t feel, though. The good vibes, the laughs and the touching affirmations of friendship? Those you will feel.