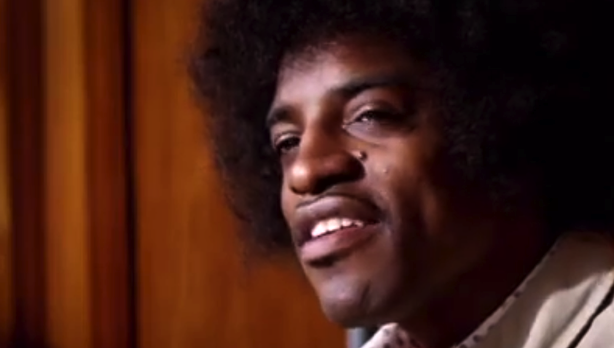 Jimi: All Is By My Side is the latest in the avalanche of musician biography pictures that have been pouring through the mainstream cinema industry for the past decade or so. The film was made completely without the Hendrix family’s consent, which explains why you won’t hear ‘Purple Haze,’ ‘Hey Joe’, ‘Foxy Lady,’ or any other of the songs that cemented Hendrix as a rock and roll icon. What is a movie about Hendrix’s music that isn’t a movie about Hendrix’s music? Where’s the point in a biopic of a musician if you never get to hear the ready made soundtrack?

Alright, perhaps the point is to give some insight into the man Hendrix was, although if All Is By My Side is to believed then he wasn’t a particularly interesting man. Hendrix’s music is the most exciting thing about him and yet we’re also offered little comprehension into process behind the music or indeed exactly what it is that made his sound so popular and influential. This has been an unfortunate trend in these biographical pictures, of which we need no more. It’s not enough to just tell us that these people created something unique. Hendrix’s fame speaks for itself, the reasoning behind a film like this should be to dig deeper.

Hendrix (Andre Benjamin) is a young man scoring gigs as a guitarist in a band at New York’s famous Cheetah Club. During a performance, he catches the eye of Linda Keith (Imogen Poots), perhaps most famous for her relationship with Rolling Stones guitarist Keith Richards. Keith (Linda, that is, not Richards) sees something special in Hendrix and after an introduction to the wonders of LSD, Hendrix is convinced to allow Keith to act as his de facto manager. 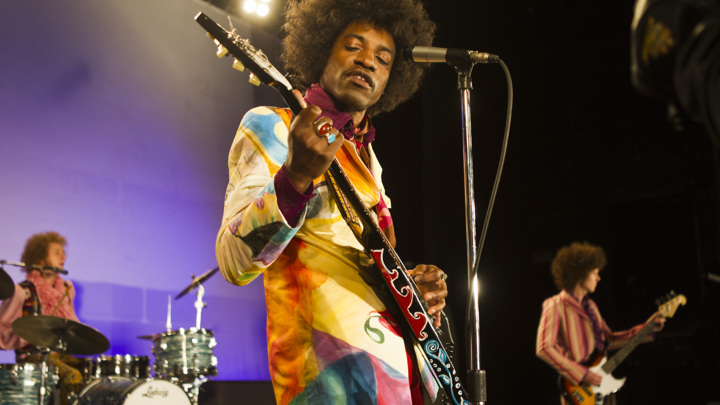 Hendrix is guided towards the London music scene, which was enormous at the time thanks to bands like The Beatles, The Rolling Stones and Cream, among others. He’s introduced to Chas Chandler, the former bassist for The Animals, and the two quickly strike up a managerial relationship. All Is By My Side navigates all this with a plodding vagueness that never really commits to saying anything interesting about what’s going on. There’s certainly a lavish sense of style to the film, but too often the aesthetic suffocates any real observation.

There’s a conscious separation from the usual biopic conventions, particularly within the narrative structure of the film. Rather than a broad sweep of Hendrix’s life, from childhood through to stardom and death, director John Ridley instead focuses on the year of the onset of Hendrix’s fame. Ridley, who wrote the Academy Award winning 12 Years A Slave, is clearly making an effort to uncover some profound understanding of Hendrix as a man but it falls short of the mark. Perhaps there was nothing to uncover. When all was said and done, is it so bad if the best thing about Jimi Hendrix was his music?

The lack of Hendrix’s own work in the film is entirely inexcusable. To not be able to showcase the music that made him immortal should be automatic grounds not to greenlight a film about Jimi Hendrix. At least Get On Up and Jersey Boys had some ripper tunes to tap along to. There is also barely a mention of drugs, which ultimately caused his untimely death at the young age of twenty-seven. Ridley’s film has the best of intentions, but in the end it gets caught up in a haze of style with little to actually say.