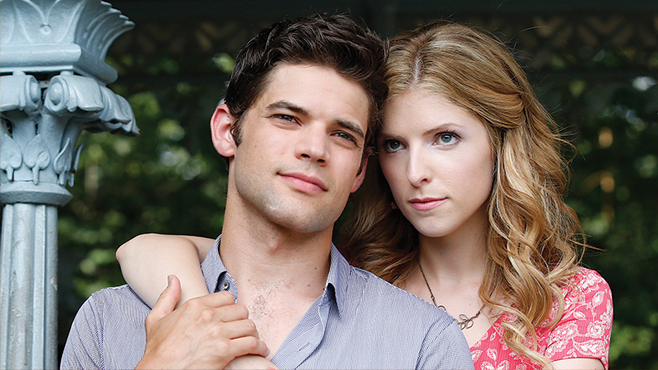 If The Last Five Years were just heartfelt songs and committed performances, it would still be a winning achievement. If it were just an ambitious narrative exercise, it would also be noteworthy. Because it’s both, and adds innovative staging and camerawork to its list of attributes, The Last Five Years is a special kind of musical. It’s one of the most enthralling to come along in, well, at least the last five years, anyway. It feels especially distinctive compared to star Anna Kendrick’s last musical, Into the Woods, from just a couple months ago. While that was a somewhat unconventional musical (by musical theatre standards) told conventionally, the results were drab and disappointing. By contrast, The Last Five Years challenges and pleases its audience in equal measure.

The story revolves around Kendrick’s Cathy Hiatt, a struggling New York stage actress, and her boyfriend-fiancee-husband Jamie Wellerstein (stage vet Jeremy Jordan), an aspiring novelist. The pair were navigating turn-of-the-century career vicissitudes in Jason Robert Brown’s original stage version, which debuted in Chicago in 2001. The five-year period of their relationship has been updated to 2008 – 2013, which means they can now sing their problems over Skype when Cathy is relegated to summer stock in Ohio to keep her career afloat. Their biggest problem is that Jamie is successful and Cathy is not. As Jamie’s novel climbs the bestseller list and earns him both professional and personal adoration, Cathy endures a succession of humiliating auditions that get her no closer to stardom. While Cathy tries to support and be proud of Jamie, the discrepancy between their fortunes – not to mention Jamie’s wandering eye – puts a fatal strain on their relationship.

It’s not a spoiler to tell you the relationship is doomed, because the opening number, Cathy’s “Still Hurting,” handles that revelation quite effectively. See, the structural trick of The Last Five Years is that the songs alternate between the two leads, with Jamie’s numbers proceeding chronologically from the start of their relationship, and Cathy’s numbers running in reverse from the end. They meet for a duet once in the middle and once at the end. In the middle, they are on the same page – in fact, it’s the moving scene where Jamie proposes. At the end, they are decidedly not, which makes for a heartbreaking blend of the promise of new love and the regrets over its loss.

This final song epitomizes the intelligence and intuition of Brown’s perspective on relationships, as adapted for the screen by director Richard Lagravenese. The Last Five Years is, in its every moment, attuned to the bittersweet quality of romantic love, how it is forever careening between optimism and pessimism. The mirror quality to the interwoven songs and plot points is executed rigorously, but never confusingly. There’s something profound about watching the two leads blending their final songs, as one is enveloped in the glow of having met a potential soulmate, while the other is mourning the loss of one. We can literally see the end of a relationship at its beginning, and look back longingly at the beginning when it’s over. 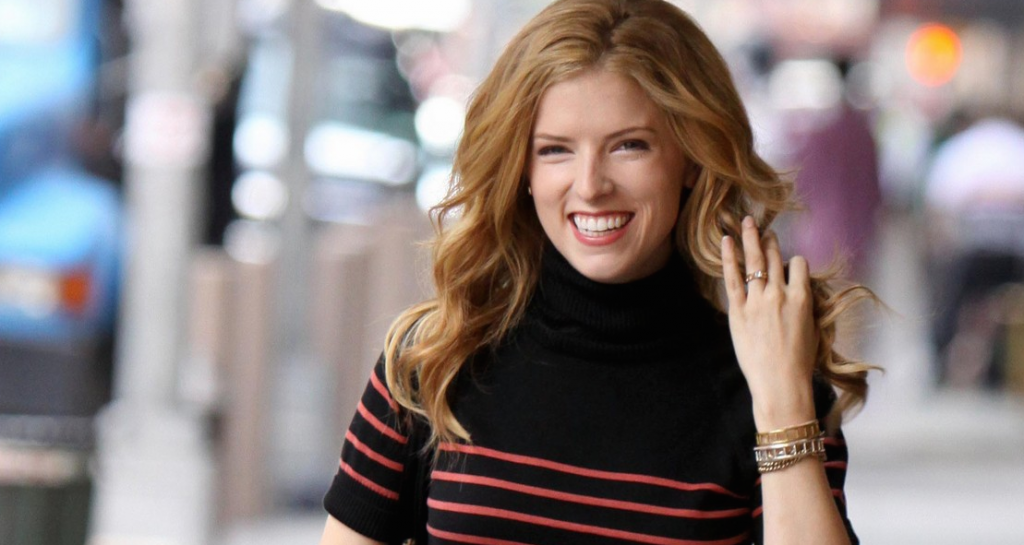 To be sure, the structural conceit can be jarring at times. Most problematic in this regard is the opening number, which asks us to care deeply about the loss experienced by a character we’ve only just met, before we’ve even met her ex. So while Kendrick knocks the song out of the park, we are without context for such high drama. As the story moves along and it becomes clear what kind of jumbled chronology we’re witnessing, the pieces fall into place, making The Last Five Years one of those movies that’s probably even better on a second viewing. The advantage of a structure like this is that nothing ever stays gloomy for long, as a bright ray of storytelling sunshine is never more than a song away. Brown’s astute lyrics provide a perfect mixture of exposition and poetry, and they are as funny as they are tragic.

This is familiar territory for both actors, and they show it with their evident comfort. As Kendrick has blossomed into a movie star, she has steadily incorporated her soprano singing voice into the complete package she offers, which includes terrific comic timing and effortless likability. Jordan might have been outclassed in this scenario, but he’s a real dynamo in the singing department, and his stage sensibilities end up transferring well to the screen under the direction of Lagravenese. (He’ll be familiar to some audiences from a similar role in the recent musical TV series Smash.) Both performers are deft and nuanced, and their chemistry is top notch. As they are basically the only two characters who open their mouths, they carry the entire movie – and never come close to dropping it.

The movie is a particular triumph for Lagravenese, who has never had a directing career (Freedom Writers, P.S. I Love You) to match his writing career (The Fisher King, The Horse Whisperer). Not only does he get exactly what he needs from his actors, but he’s confident enough to send his camera wandering on some long unbroken takes that travel around the performers, even engaging in a little bit of Birdman-like derring do here and there. The Last Five Years is not likely to attain Birdman-like accolades, but it has plenty of virtues – unexpected or otherwise.