"The film and its inhabitants often allude to Joe's evolving personality but there's no corresponding evolution in either Affleck's performance nor the character."

"Affleck sluggishly lumbers from one interaction to another and never provides much argument as to why any of them deserve our attention."

Ben Affleck isn’t relatable, not to you or me. He looks too much like a comic book character and behaves too much like a movie star. Affleck isn’t suited to roles in which the audiences is meant to connect with him (David Fincher exploited Affleck’s hard to pinpoint detachment wonderfully in Gone Girl), which is why all his best performances are either in small, non-centric roles that belie expectations. His performance in Shakespeare In Love hinted at the wonderful character actor that Affleck might have been had either him or Hollywood not insisted that he was a leading man. Any performance in which Affleck is required to play a normal person is hindered by the overwhelming sense that Affleck himself brings to those roles that he is, in fact, not a particularly normal person.

I have noticed two slogans on the posters for Affleck’s new film, Live By Night, which he directed, wrote  produced and also stars in. One is “The American Dream Has A Price.” The other is “Joe Was Once A Good Man.” Joe is Affleck’s character, and also the character around which Live By Night is centred. It’s hard to deny that those slogans suggest a certain progression in character yet as far as I could tell, Joe began the film an uncharismatic bad guy and he finished the film an uncharismatic bad guy. The price of the American Dream is paid by Joe before the narrative of Live By Night even begins, at which time Joe enters a state of personal arrested development. The film and its inhabitants often allude to Joe’s evolving personality but there’s no corresponding evolution in either Affleck’s performance nor the character.

Affleck as a director  is a proficient emulator rather than an inspired filmmaker. The fingerprints of masters mark his first three films but there’s rarely original thought. Live By Night is decidedly less cunningly galvanised, outwardly influenced by gangster epics that weren’t that good in the first place. It may remind you of a lot of other films and it rarely has anything to offer that those films don’t.

The issue may lie in the amount of content that Affleck is contending with. The narrative, based on the Dennis Lehane novel of the same name, is unmistakably episodic but no individual episode is conceded the time it needs to thrive within the constraints of a feature film. Live By Night might have been a wonderful miniseries. Affleck struggles to atone for the rushed plot with a exposition-heavy voiceover, but it’s poorly written and lifelessly delivered by Affleck himself. The voiceover also offer so much inconsequential information that it might have been done away with entirely. “I pleaded guilty to abetting armed robbery and spent three years in the Charlestown prison,” Joe tells us toward the start of the film, but none of that information is especially significant in relation to anything that comes before or after it, and all of it might have been more economically and powerfully told with images alone. 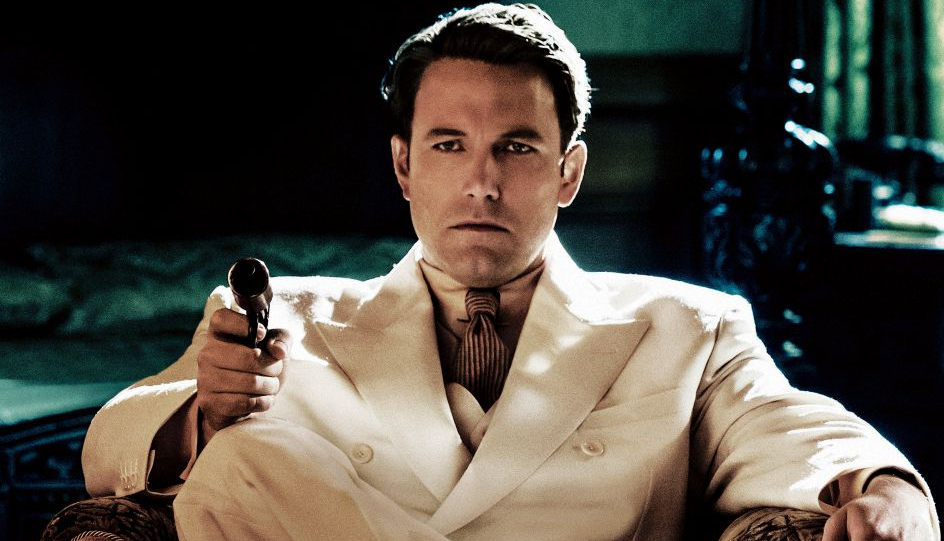 Martin Scorsese’s Goodfellas, a film that uses voiceover wonderfully, was also a film about a gangster, but Scorsese wasn’t interested in how Henry Hill got from point A to B to C as much as he was interested in how an elderly mobster cooks spaghetti sauce or how a crime boss takes his phone calls. Live By Night tells the progressive story of Joe’s vocational ascent but there’s no joy in the detail. Affleck sluggishly lumbers from one interaction to another and  never provides much argument as to why any of them deserve our attention.

This review has focused, perhaps unfairly, on the downside of Affleck’s contributions to Live By Night but as writer, director, producer and star it’s a focus that Affleck himself invites. Live By Night is not without merit and Affleck is a capable albeit unoriginal filmmaker. The blame mostly lies in his performance. There is always a degree of self-deceit when it comes to accepting movie stars in roles. That’s how the same man who played Jake LaMotta can play Travis Bickle and we don’t care. But there is no part of Live By Night in which Ben Affleck isn’t Ben Affleck.