Back to the shaky future. 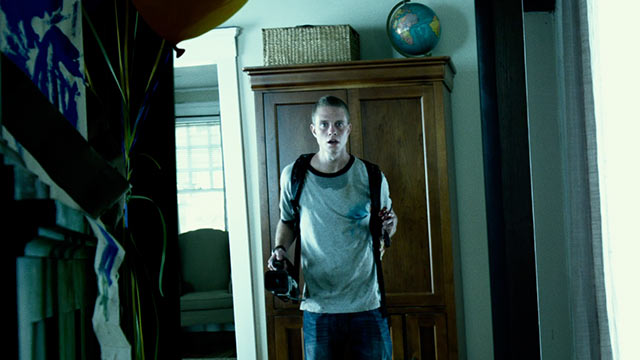 Perhaps the memory of Jupiter Ascending was still near enough in my mind to enjoy anything in comparison or my month long hiatus from reviewing has slackened my standards but Dean Israelite’s Project Almanac is far more stimulating that the sum of its parts suggests. The most immediately evident, as well as entirely unnecessary, characteristic of the film is its hazy adherence to the conventions of the increasingly and bewilderingly popular ‘found footage’ trend, which is not a genre despite legions of Internet enthusiasts indicating otherwise. What’s also clear is that Project Almanac would have been a far superior film if it’s had enjoyed a traditional production, which the filmmakers so obviously crave.

The Blair Witch Project, the film that launched these sort of films into the popularity they enjoy today, employed the handheld, lo-fi aesthetic out of the necessity of budget restraints as well as to establish a tone that complimented the content. Project Almanac can boast neither reason for the decision to employ found footage conventions, nor does it ever establish the characters with any convincing reason to be filming constantly. Additionally, the cameras in Project Almanac regularly defy their technical capabilities, which negates the third and final reason this style of film might be appropriate – realism.

The quality of picture afforded by the cameras in use is of such high standard that were the image not perpetually shaky then Israelite’s film might have just been a standard time travelling adventure film. Which it should have been. There’s nothing remarkable about the film or its inhabitants but, as cinema has constantly proved over the years, time travelling is just an inherently fascinating impossibility to watch. The key to Project Almanac is that control over the time travelling machine is given to a group of adolescents, who use it for exactly what high school students would. The decisions these kids make with their newfound power are without conscience and are oftentimes appalling, but it’s all jolly and energetic enough for it not to really matter. 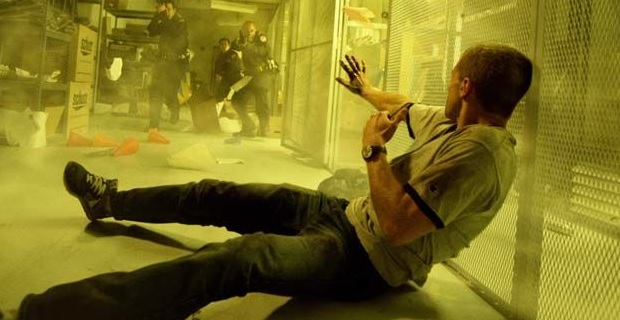 David (Jonny Weston) is a bright, young high school students with dreams of studying at MIT but without the money to make those dreams a reality. He finds the blueprints in his basement to a strange machine, hidden over ten years ago by his now deceased father. With some questionable logic that only these sort of films can get away with, David and his two best friends (Allen Evangelista and Sam Lerner) decide that the finding must be no less than the instructions to completing a time machine and get to work making that completing it.

Project Almanac zips along, wisely not allowing any time for us to consider a lot of the problems that only arise through the power of hindsight. There’s a fun film in there somewhere, but the shaky camerawork is as distracting as it is unnecessary. Israelite doesn’t touch on anything particularly revelatory in relation to the impossibilities of time travel, but Project Almanac aims to entertain rather than to provoke any sincere thought. A shame then that the stylistic crutch that Israelite employs hinders his film rather than benefits it.