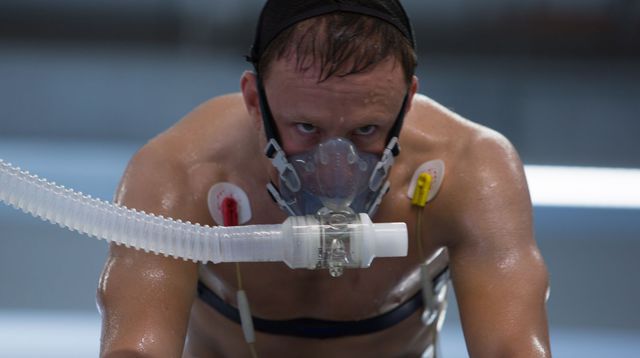 At one point during Stephen Frears‘ The Program, a film that follows the career and ultimate disgrace of cyclist Lance Armstrong, a character mentions that Hollywood are thinking about developing a film based on Armstrong’s life. I’m not sure that The Program is what Armstrong or Hollywood would have had in mind fifteen years ago, when Armstrong and competitive cycling were at the forefront of international consciousness. But the Hollywood of fifteen years ago didn’t have the benefit of hindsight that Frears does. Nobody knew just how unfortunately Armstrong’s decisions would come to reflect himself and his sport.

How does such enormous corruption get so out of control? How does it remain undetected for such an extraordinary amount of time? Lance Armstrong put cycling into the awareness of people who otherwise couldn’t have cared less about it. His determination and achievement were almost too good to be true. And then they were too good to be true. “He’s a man transformed!” declares exasperated sports journalist David Walsh (Chris O’Dowd) in Frears’ film. “He recovered from cancer and turned into bloody Superman!” And suddenly Armstrong was the central figure of the temporary downfall of his own sport and the cause of an enormous reevaluation of doping in competitive cycling.

The drugs are at the centre of The Program, but of course there’s more to the story than that. Not much more – Frears is curiously disinterested in probing anything beyond the superficiality of the events. What drove Armstrong to jeopardize the integrity of his sport? There’s pressure from sponsors, from expectations, from other riders, but The Program barely scratches the surface on any of those issues. Also barely illuminated is just how Armstrong and his team of cyclists managed to evade getting caught for so long, amidst what presumably would have been one of the most  thorough drug testing conditions in world sport. 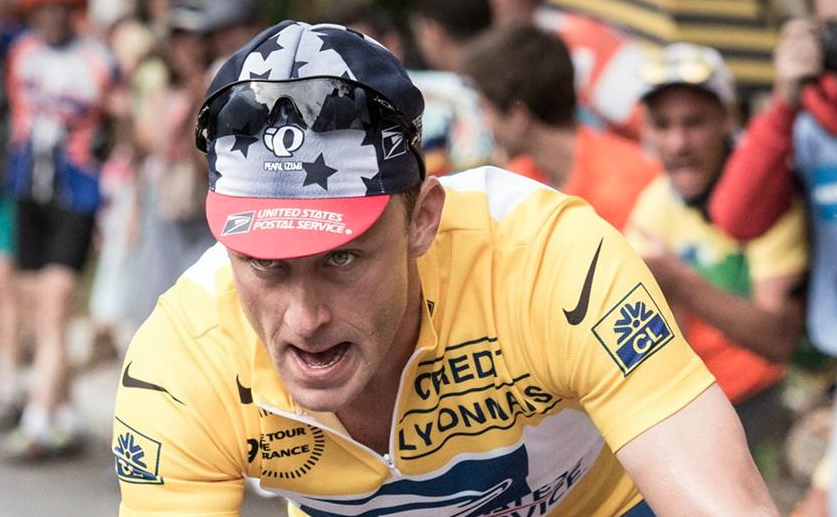 “This is ‘The Program,'” Armstrong explains to a newly recruited rider, as he unveils an enormous collection of medication, and it’s fascinating how the rider, who knows what’s going on isn’t kosher, is placated by Armstrong’s confidence and nonchalance. And it’s funny how official ‘The Program’ sounds even when it’s absolutely clear to everyone around it just how immoral it all is. There’s never hesitance in Armstrong (as portrayed by Ben Foster) to embrace performance enhancing drugs. Medication is the necessary next step to get him on top of other riders in a furtive but widespread culture of doping. It’s unbridled determination without consideration. “Ok,” Armstrong says to the corrupt sports doctor Michele Ferrari, “I’ll do whatever it takes.”

There’s a powerful element of sociopathy to Foster’s Armstrong that may or may not be accurate. The real Lance Armstrong is somewhat of a myth, considering how guarded the man turned out to be. Whether there’s any truth to the way Armstrong conducted himself publicly may be beside the point considering the more significant ramifications of his actions. And yet, there was undeniable good as a result of Armstrong’s lie, regardless of whether his foundation, Livestrong, was conceived as something of a shield or a diversion.

Frear’s film is understated regarding the actions of Lance Armstrong and the mentality that brought on those actions. What’s going on in a brain that can sustain such deceit for so long? There are hints of it in The Program, but for better or for worse, there are no conclusive answers. It might just be more complicated than conclusive answers. How do you get the measure of such monumental cause and effect? The Program touches on many facets of Armstrong’s career without exploring any single one with real scrutiny. This isn’t Frears short-changing his audience. He offers enough, perhaps just the right amount to convey something about Armstrong. What that something might be, he leaves up to us.