"Alexia’s passion for automobiles seems like something Ducournau might relate to, as her filmmaking demonstrates a similar passion for cinema."

"There’s good gross and there’s bad gross, and every individual must draw their own lines in the sand about what constitutes what."

Warning: If you want to go into this crazy movie with all of its surprises unspoiled, read on cautiously. A few of the plot details might be considered spoilers by some readers.

Nine years before the dubious Oscar winner of the same name, David Cronenberg released a 1996 film called Crash, which was an adaptation of the 1973 J.G. Ballard novel about the erotic relationships of car crash victims. It’s the sort of movie where wounds are mistaken for orifices and vice versa, as broken people, both physically and emotionally, fetishise the crunching of bone and metal that left them disfigured but self-actualised. As you can imagine, the film was not a popular success, but it did have its ardent fans, including a number of prominent critics. At Cannes, it prompted both loud boos and a special jury prize, in a perfect encapsulation of that festival’s bipolar nature. 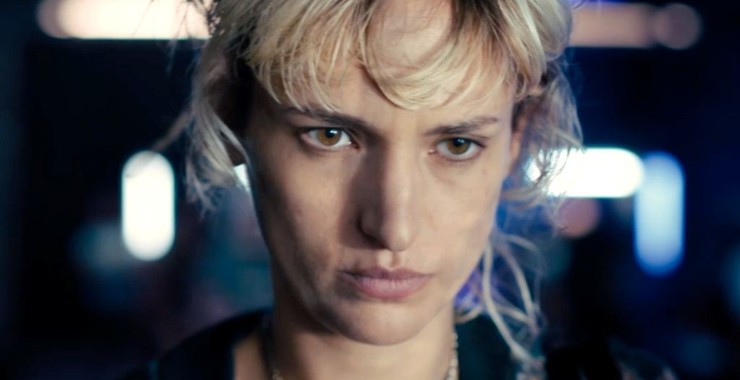 Julia Ducournau’s Titane investigates similar subject matter and seems destined for a similar fate. Its critical praise is assured even before it reaches Australian cinemas tomorrow, as the French writer-director’s follow-up to Raw has already won the top prize at this year’s Cannes, the Palme d’Or, immediately becoming one of the most confronting films to have done so. (And making Ducournau only the second woman to take home the award after Jane Campion pulled off the feat with The Piano.)

Any notions that audiences might follow suit are optimistic at best, considering the film’s subject matter. Ducournau seems like she couldn’t care less. Her 2016 debut was a cannibalism horror set in a veterinary school, and it earned well-deserved comparisons to the body horror of Cronenberg’s oeuvre. She goes one step further with Titane, and if audiences come along for the ride, they’ll have to check their gag reflex at the door.

The broken person at the centre of Titane is Alexia (Agatha Rousselle), an exotic dancer who writhes on the hoods of sports cars at trade shows, to work attendees into a lather. For most others in her position, it’s just a job, but Alexia loves her work – quite literally. As a child, she unbuckled herself in the back seat moments before her father swerved off the road, and the resulting head wound required a titanium plate to reinforce her skull. She walked out of the hospital and licked the windows of the first car she saw, a new sexual predilection born out of the trauma. It’s something she’s carried with her into adulthood, and a craving she now satisfies in far less innocent ways.

You’d expect that kind of injury to leave a person wrong in the head, but you might not imagine all the permutations of that damage. Whether directly as a result of that incident or not, Alexia now has a wee bit of a murderous streak in her, her weapon of choice the metal hairpin that lives right next to the prominent stitch scars in her scalp. She manages to cover up a couple impulsive kills, but their opportunistic nature makes them a sloppy business. Pretty soon she needs to severely alter her appearance to avoid police pursuit, courtesy of a shaved head and a number of well-placed, self-inflicted nose breaks. 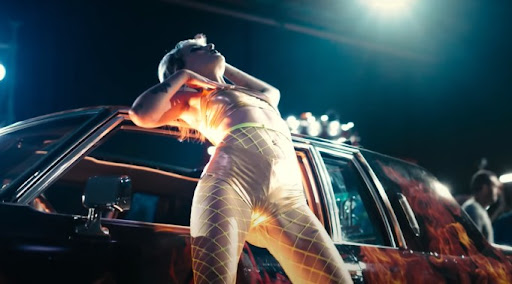 Seeking to further hide her identity, she decides to pose as a boy who had gone missing ten years prior, presenting herself to police so she can be “reunited” with Vincent (Vincent Lindon), the still-grieving father. She tapes down the parts of her that would give her away, and passes herself off as mute in the wake of her trauma, giving Vincent the excuse he needs to indulge in the self-delusion. It’s unclear how long the ruse can last, though, given that Alexia – now Adrien – has motor oil oozing from various orifices, and her body is … changing.

Alexia’s passion for automobiles seems like something Ducournau might relate to, as her filmmaking demonstrates a similar passion for cinema. She made a splash in Raw not only with her subject matter, but her technique. In both films she treats the audience to a long tracking shot, and the one here is a real doozy. It follows Alexia’s initial saunter through the trade show, past all the other exhibitors and exhibitions, and up and onto her own vehicle, gliding up and down the car and eventually finding itself looking down on the action above, all over the course of several minutes. This is a filmmaker who wows, both in what she presents and how she presents it. 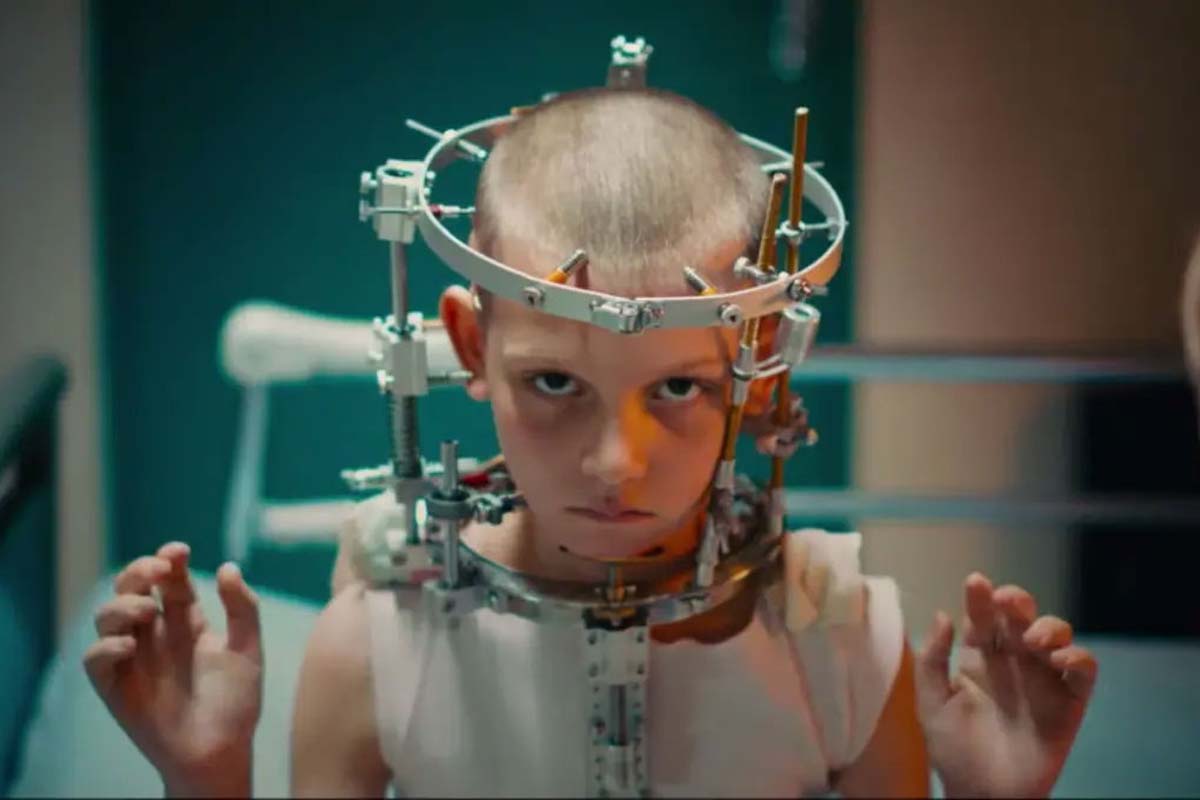 It’s her desire to provoke that may be an acquired taste. And it isn’t as simple as your thoughts on the intersection between kink and deviance that she’s shown in her films. There’s good gross and there’s bad gross, and every individual must draw their own lines in the sand about what constitutes what. That’s even among viewers who generally welcome new and weird forms of body horror. Since it’s a subjective thing, critics can only give hints where they land in paragraphs like this one. Your own mileage may vary.

One thing for certain is that Alexia is as punished a character as any female character in Lars von Trier’s filmography. That makes her origins in the mind of a female writer-director curious indeed. It’s hard to know for sure how Ducournau wants us to take Alexia. Clearly this childhood accident did a number on her, but the truth of the matter is, Alexia was demonstrating a sort of toxic precociousness even before her father lost control of the car – a mishap that her own behaviour caused. Was Alexia rotten from the start? Should we blame the foreign element touching her brain? Or is that beside the point altogether, since it’s always too reductive to trace a human personality back to a simple source? 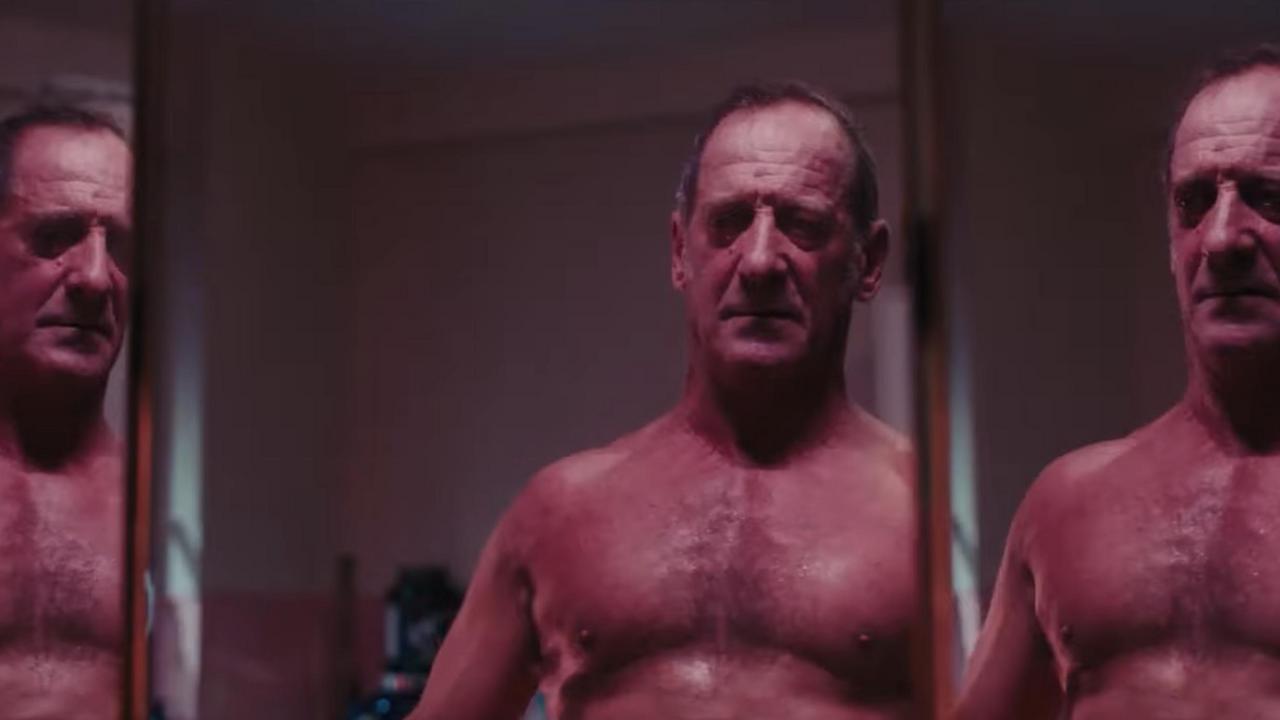 Whatever the case may be, Alexia’s humanity is elusive. She sometimes gets a look in her eyes that could be mistaken for regret. She has a pragmatic survival instinct that produces panic and fear, and this gets intermingled with her more basic social needs for the companionship of a lover or a parent. The sadistic undercurrent is always waiting to resurface, however.

There’s little doubt that Titane is an arresting vision, but it’s a vision that requires taking the Cannes accolades with a grain of salt. At this early stage in her career, Ducournau is pushing all the buttons to see what they do. She’s trying to get a reaction, but she may not know what else she’s trying to do. One day she will, and when that day comes, look out.