The best live action Transformers film of the year. 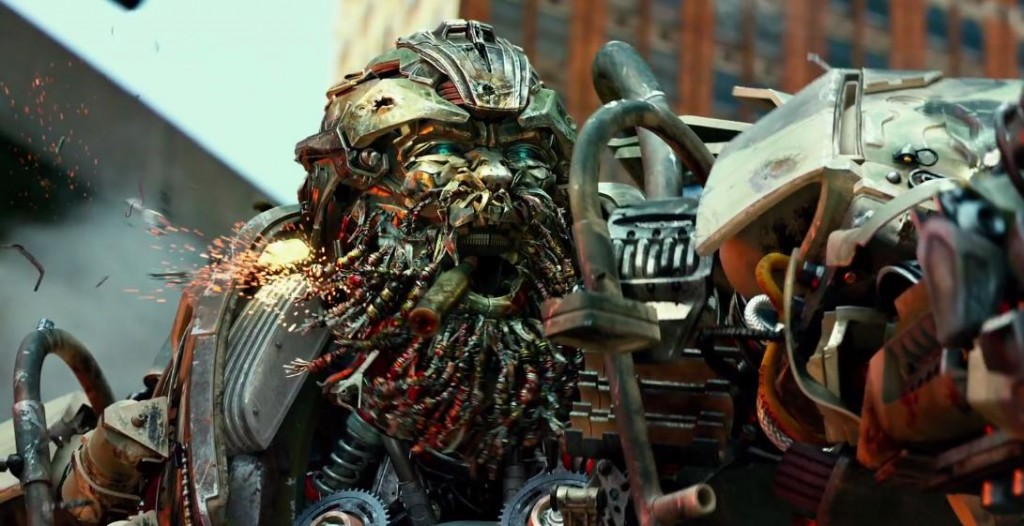 The tremendously low expectations set by its abysmal predecessors may just be the key to the semi-success of Michael Bay’s Transformers: Age of Extinction. The second and third instalment in the series, entitled Revenge of the Fallen and Dark of the Moon respectively, managed to set the bar so grievously low that prosperity for this new, completely unnecessary third sequel required only to generate a minimal degree of entertainment. Which it achieves. Perhaps it’s a result of these low expectations established by the hellish seven-and-a-half hours of Transformers films that preluded Age of Extinction (admittedly, the original was moderately watchable), but somehow this latest entry is mildly entertaining.

An emphasis on the mildness of said entertainment must be made, considering much of the film continues Bay’s grand tradition of abhorrent cinema. Visually, the film exudes the oily charm of a classic Guns N’ Roses music video. The human characters are wafer thin, although the absence on any Witwicky family members,  John Turturro’s ‘Simmons’ or any of the bland military characters of the original trilogy is certainly a step in the right direction. Females are hyper-sexualised, although it’s not entirely clear whether Bay was aware of this particular direction or if it’s a natural element of the filmmaker’s subconscious. Slow-motion explosions and shiny new cars infiltrate the film, but underneath the gratingly shiny veneer there is almost the hint of a good film. Almost.

Four years have passed since the battle between the Autobots and the Decepticons left Chicago in ashes. Autobots and Decepticons alike have been outlawed as unwelcome by authorities and are being hunted down by a shady sector of the government led by Harold Attinger (Kelsey Grammer), with the help of the mysterious Transformer bounty hunter Lockdown. The curiously named Cade Yaeger (Mark Whalberg), a struggling robotics expert, buys a decrepit truck only to realise that it’s the leader of the Autobots himself, Optimus Prime. The re-emergence of Prime sparks the interest of Attinger and his co-conspirator Joshua Joyce (Stanley Tucci), a business tycoon who has discovered a way to manipulate the molecularly unstable metal that comprises the Transformers. 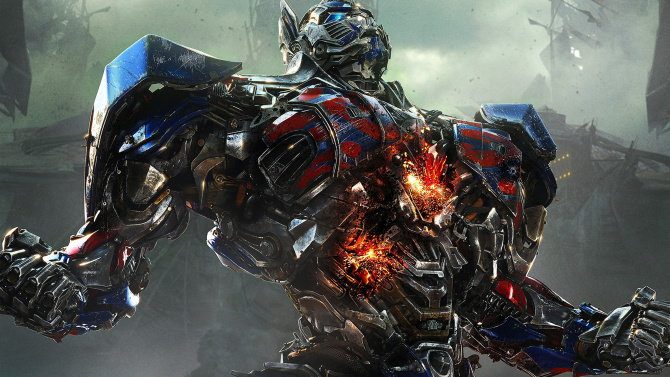 Naturally, enjoyment of Age of Extinction will depend completely on a willingness to wholeheartedly accept Mark Whalberg as a robotics expert, along with numerous other mental leaps of faith. The suspension of disbelief required for the film pushes the limits of suspension of disbelief to harrowing limits. Indeed, the events that transpire during the film’s nearly three-hour running time are so ludicrous that even the characters seem nonplussed by them. After pulling off an almost impossibly precarious getaway drive, one character declares “I don’t know how I’m driving like this. It’s like I’ve gone to a whole other level.” We share his astonishment and incredulity.

Tucci and Grammer as the scheming villains fare best, as both actors have the helpful ability of conjuring authority even amidst the most hackneyed of dialogue. Tucci’s Joyce even has a reasonably engaging character arch, as an inventor who has lost sight of his dream, though the third act abruptly renders him an exceedingly nonsensical buffoon. The excruciatingly miserable humour that punctuated the first three films is still in place, but has been thankfully diluted to a certain degree. The design of the Autobots is still a concern and one area of the film in which suspension of disbelief is utterly impossible. In what is presumably an attempt to give each Autobot a distinctive personality, Bay has mined human qualities and stereotypes that just rationally would not be adopted by robotic aliens. One Autobot resembles a Samurai and speaks with a Japanese accent whilst another burly Autobot chomps on huge metal cigars. It may seem like nitpicking in a film full of loose logic and silliness but such is the absolute nonsense of this approach to the Transformer design that it’s difficult to ignore.

As Guillermo Del Toro’s atrocious Pacific Rim has conclusively proven, giant robots are not constitutionally interesting, no matter how many landmarks they destroy. Luckily, the fundamental plot of Age of Extinction is unusually interesting, touching on the human betrayal of their previous defenders. The film also includes the series’ most notable villain to date. As neither Decepticon nor Autobot, Lockdown’s presence poses a significant and dispassionate threat to everybody. The concept of Mengele-esque experimentation on Transformers is also touched upon. None of these elements are explored with any genuine implication, but their very existence elevates Age of Extinction above the previous to Transformer films almost immediately.

There’s the distinct possibility that this review is inappropriately kind and that Transformers: Age Of Extinction is a terrible film, but when anticipation reaches certain lows the window for film appreciation widens considerably. If a certain disregard for thought is employed there’s absolutely no reason why watching Age of Extinction couldn’t be a mildly positive experience.