"Wind River begins with a scene that would be right at home in a classic Spaghetti Western..."

"Wind River is an uneasy mix of merits and flaws, that manages to tread water above those flaws for a long time..."

If you cast your eye across the Wikipedia page for the Western genre, you will uncover a whole host of subgenres, many of which you will likely have never previously fraternised with. Here they are;  Classical Western, Acid Western, Charro, Cabrito or Chili Westerns, Comedy Western, Contemporary Western, Electric Western, Epic Western, Euro-Western, Fantasy Western, Florida Western, Horror Western, Curry Westerns and Indo Westerns, Martial arts Western (Wuxia Western), Meat pie Western, Northwestern, Ostern, Pornographic Western, Revisionist Western, Science fiction Western, Space Western, and Spaghetti Western. That’s a lot. The Curry Westerns may be my favourite name for any genre. I would like to add one more – the Neo Classical Western. 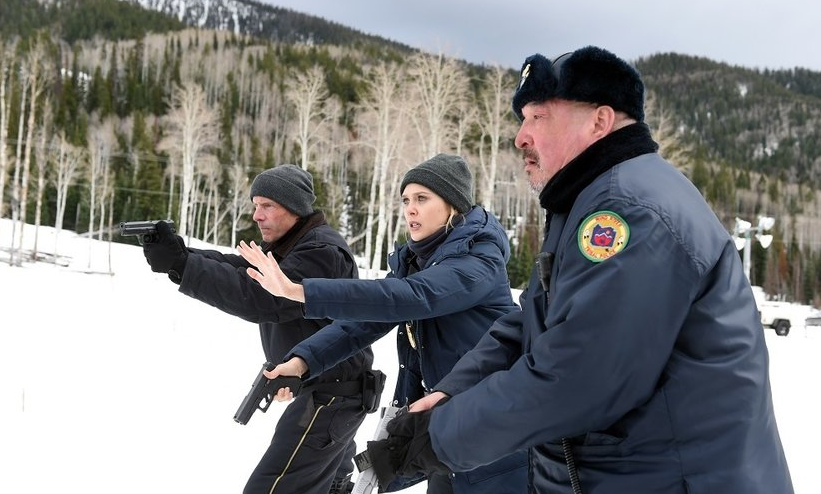 The Neo Classical western describes the recent influx of modern westerns that establish classic western sensibilities in a contemporary setting. Debra Granik’s Winter’s Bone is an example of this. David McKenzie‘s Hell or High Water is an even better, and newer, example. Wind River is another. It is directed by Taylor Sheridan, who wrote Hell or High Water as well as Denis Villeneuve’s Sicario, yet another film that borrowed liberally from western conventions.

Wind River begins with a scene that would be right at home in a classic Spaghetti Western, the movement of Italian-produced Western films that emerged during the 1960s and drifted away toward the close of the 1970s. A woman runs through the wild terrain of the Wind River Indian Reservation in Wyoming. Cold snow takes the place of the dirt and sand of traditional Westerns. And then the woman falls, dead, worn out by her harsh environment. Her body is found by Cory Lambert (Jeremy Renner) a US Fish and Wildlife Service agent whose principle responsibility is hunting the predators that threaten the Reservation.

The corpse is frozen solid, shoeless and not wearing the sort of winter gear that would be necessary for survival in a Wyoming winter. There are blood stains on her pants near her groin, and so the local authorities call the FBI. Rookie special agent Jane Banner (Elizabeth Olsen) is tasked with the case and, recognising Lambert’s superior knowledge of the territory, enlists his help. Lambert embodies the classic Western protagonist, with a disregard for words akin to Eastwood’s The Man With No Name and a weary, ambiguous moral code that would have done Duke in his later roles proud.

Wind River‘s principle characters navigate the death, probably a murder, possibly a rape, in a series of situations that lend themselves toward gritty pulp. At one point, there is a Mexican Standoff as good as there ever has been. It is the highlight of the film. When Wind River is best, it is toeing a fine line between that pulp and something more substantial. When Sheridan pursues substance more eagerly, his ineptitude in conveying it becomes immediately apparent, and the film often decelerates as a result of ponderous, empty words that hope for more than they can provide.

Suggesting that the setting is another character in a story is a tired piece of film criticism, but one that is difficult to avoid here. Encompassing an area of almost nine thousand square kilometres, the Wind River reservation is one of the most remote areas of the United States. The actions of everyone in the film are dictated by the harshness of the environment in which they live.

Wind River is an uneasy mix of merits and flaws, that manages to tread water above those flaws for a long time, and then doesn’t. A disturbing flashback that supplants mystery with distress is a misstep, as is the manner in which Sheridan resolves that flashback. The character of Banner is another problem, despite Olsen’s considerable efforts and screen presence. No Country for Any Women might have been a better title.