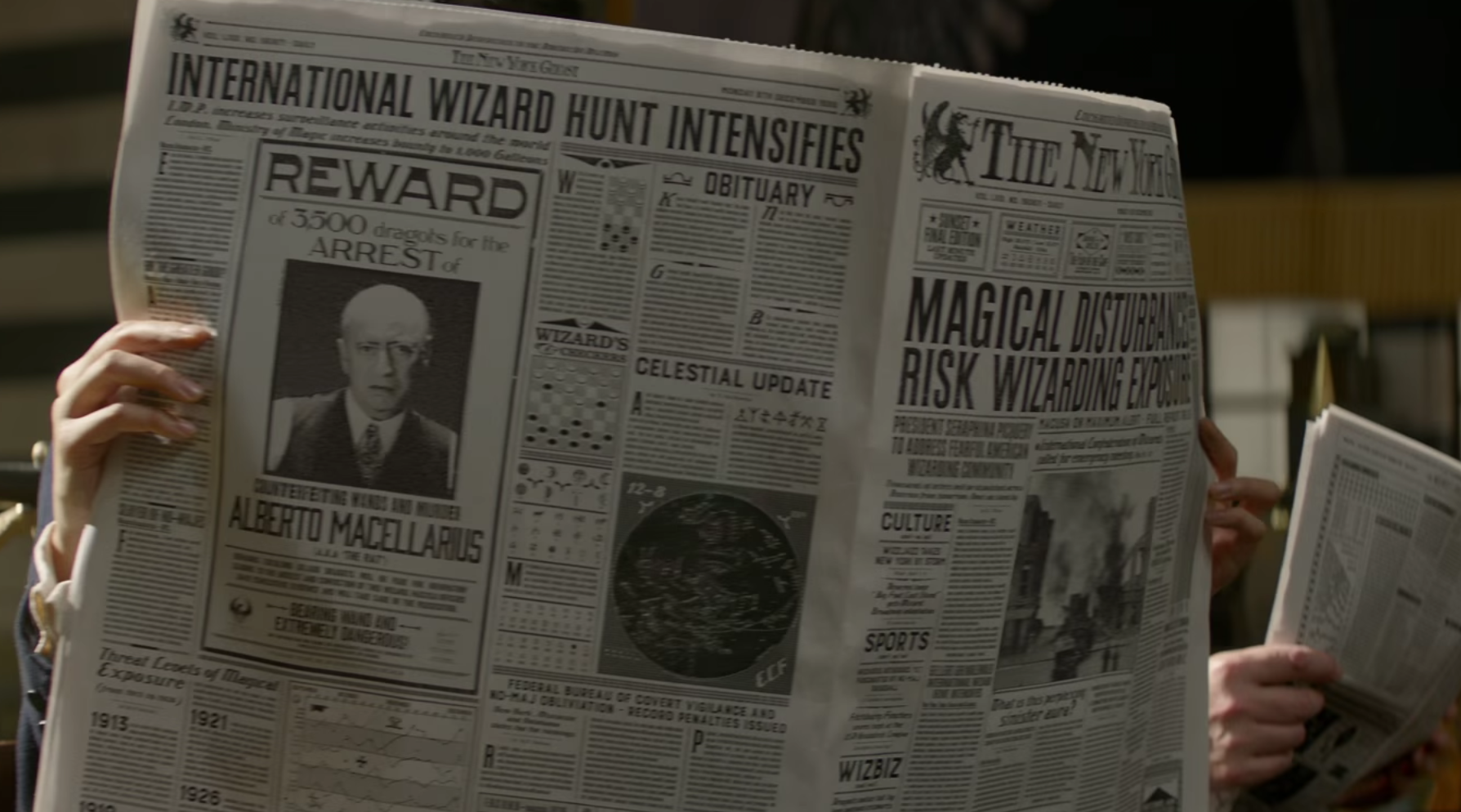 As much as we have bemoaned the enthusiasm of multifilm universes in Hollywood at the moment, damned if we aren’t down for a heap of films set in the Harry Potter universe. One thing working for Fantastic Beasts and Where To Find Them is that it’s completely unshackled of the Harry Potter narrative. It’s not a young Han Solo movie, or a movie about the team to steal the Death Star plans (do we sound bitter about where Star Wars is heading?). It’s a beast entirely unto itself, if you’ll pardon the pun.

So away with ye, Knights of the Round Table: King Arthur and The Jungle Book: Origins and Batman versus Superman: Dawn of Justice. There be only one multifilm universe that we’re looking forward to. Accio, Newt Scamander!

“The adventures of writer Newt Scamander in New York’s secret community of witches and wizards seventy years before Harry Potter reads his book in school.“

Fantastic Beasts And Where To Find Them stars Eddie Redmayne, Katherine Waterston, Alison Sudol, Dan Fogler, Colin Farrell, Samantha Morton and Ezra Miller and is set for release in November, 2016