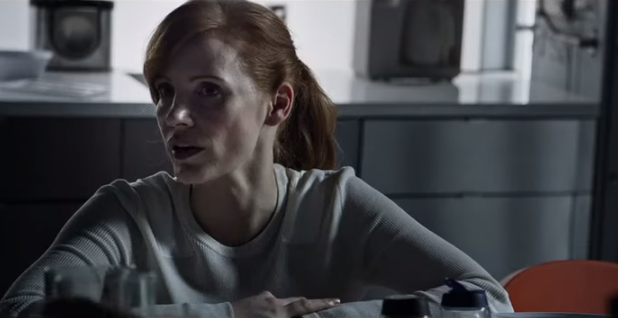 We’ve all got to remember that Ridley Scott doesn’t really make good films anymore. We don’t know much about Andy Weir’s novel The Martian, but the trailer for Ridley Scott’s new movie, which is based on that novel, looks kind of…we’re not quite sure. The word ‘good’ certainly doesn’t come to mind. Also, is it just us or does Jessica Chastain, the astronauts and Matt Damon being stranded on a planet ring eerily similar to Christopher Nolan’s Interstellar? Not necessarily a bad thing – unless you didn’t like Intersteller – but perhaps interesting nonetheless.

“During a manned mission to Mars, astronaut Mark Watney is presumed dead after being caught in a fierce storm, and is left behind when the rest of the crew evacuate the planet and begin to head back to Earth. Watney finds himself stranded and alone, with only meager supplies and his ingenuity, wit, and spirit to subsist and find a way to signal home, despite knowing that even if his survival is made known there is no realistic prospect for a rescue.”