"This is a pattern in the movie, where Harper oscillates between horror and disbelief at the situation she is in and seeming acceptance of it."

"Like Jordan Peele's Us before it, Men is a film that is stylistically beholden to its metaphor without ever making its message clear. As a horror film, it fails to terrify and as a drama it fails to engage."

JM: Recently we saw Men, the latest feature from British writer-director Alex Garland. Garland has achieved quite a bit of acclaim in recent years for his highly polished, atmospheric science fiction horror-thrillers, Ex Machina and Annihilation, as well as for the television series Devs, which was more of a straightforward science fiction work. I think we’re in agreement that Ex Machina was a great movie and Annihilation is pretty good as well. Men marks a bit of a departure for Garland, finding him working strictly in the horror genre. Sascha, do you want to give us a quick overview of the premise of Men? 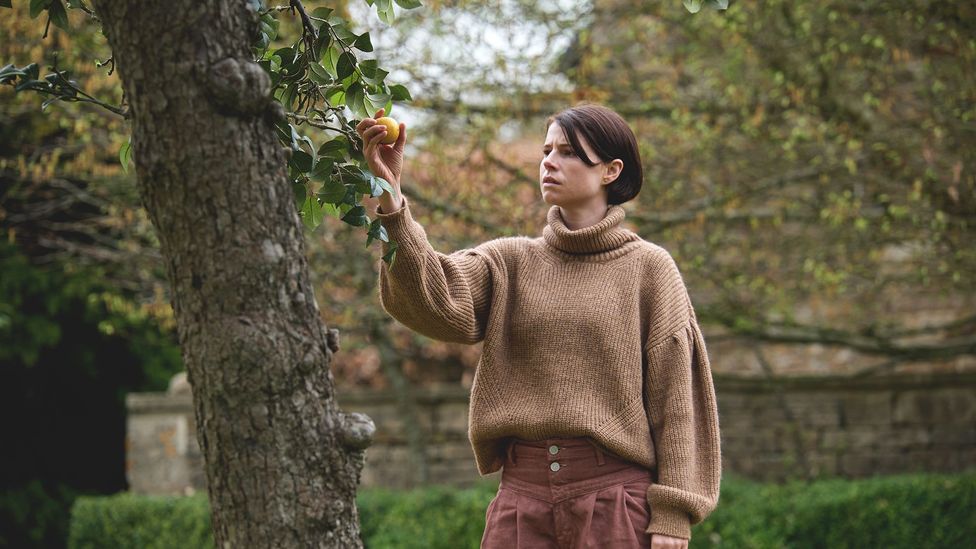 SK: Well, as best as I can, because it’s a bit thin. Harper (Jessie Buckley) travels to the English village of Cotson for a sabbatical from London, following the death of her abusive husband James (Paapa Essiedu). Flashbacks reveal that the emotionally abusive and manipulative James had been threatening Harper that he would take his own life if she divorced him, and while it is not clear to Harper whether James has killed himself or had an accident, she is consumed by grief and guilt over his death. In Cotson, she meets landlord Geoffrey (Rory Kinnear) who, at first, is a comforting presence in the pastoral countryside. However, things start to get more menacing for Harper as she explores the town and its foresty surrounds, where she repeatedly runs into ever more familiar characters, each displaying a unique brand of misogynistic menace. When she is finally attacked by an unkempt naked man in her front yard, she alerts the police, but their assistance is patronising and fleeting. In classic horror movie form, by the time Harper cottons on to the actual danger she is in, it is too late to escape and she is forced to confront the danger, as well as her trauma, on her own. It’s worth noting that I’ve tried to avoid revealing the central conceit of the film, but what a bizarre conceit it is. John, do you think Garland’s ambitious decision regarding the casting of this film works, or does it drag the film down as a whole?

JM: I think it is a serious weakness of the movie. Firstly, since, as you say, it’s immediately apparent to the audience but not to Harper, it makes her seem totally oblivious to her surroundings, even though she’s extremely suspicious in other ways. This is a pattern in the movie, where Harper oscillates between horror and disbelief at the situation she is in and seeming acceptance of it. Her behaviour doesn’t make a great deal of sense and it’s impossible to anchor yourself to her. Secondly, this conceit which you refer to depends on the use of some pretty jarring CGI to alter a character’s face. Filmmakers seem to be pushing this technology before it’s anywhere near fit for purpose (if it ever will be). Again, it takes you out of the movie. CGI is generally overused in this movie, including for gore effects that could have been done practically. Garland used CGI very well in Ex Machina and Annihilation, but it feels almost like he’s trying to shoehorn what he’s familiar with into a very different kind of movie.

This conceit (which we won’t reveal) could perhaps have worked if it reflected the overarching themes or message of the movie – but thematically, this movie is a total mess. There are biblical references, pagan references, references to classical mythology – but for me, none of it added up to anything either meaningful or interesting. Sascha, could you make much sense of what this movie was trying to say?

SK: It’s pretty bloody broad, isn’t it? On one level, I think the film might be read as a meditation on grief; the spectres of unresolved relationships that haunt us when someone we love dies  – especially via suicide. It’s telling that Harper’s first real confrontation with the antagonist occurs when she is followed through a long abandoned tunnel, seemingly a visual cue for the passage separating life and death. This scene – probably the film’s best – is reminiscent of a vignette from Akira Kurosawa’s Dreams, in which a surviving lone soldier is followed through a similar tunnel by the undead corpses of those who left behind in battle.

Perhaps Garland is suggesting that the memories of those who have passed can attack us with just as much force as the physical world. But then again, the film is called Men, and it’s pretty clear that issues of male fragility, misogyny and patriarchy loom large. Both husband James and the antagonists are presented as malevolent, but essentially pathetic, actors – intent on externalising their pain and suffering on Harper. Her eventual confrontation is preempted by her realisation that she is stronger, and not responsible for the ills perpetrated on her. 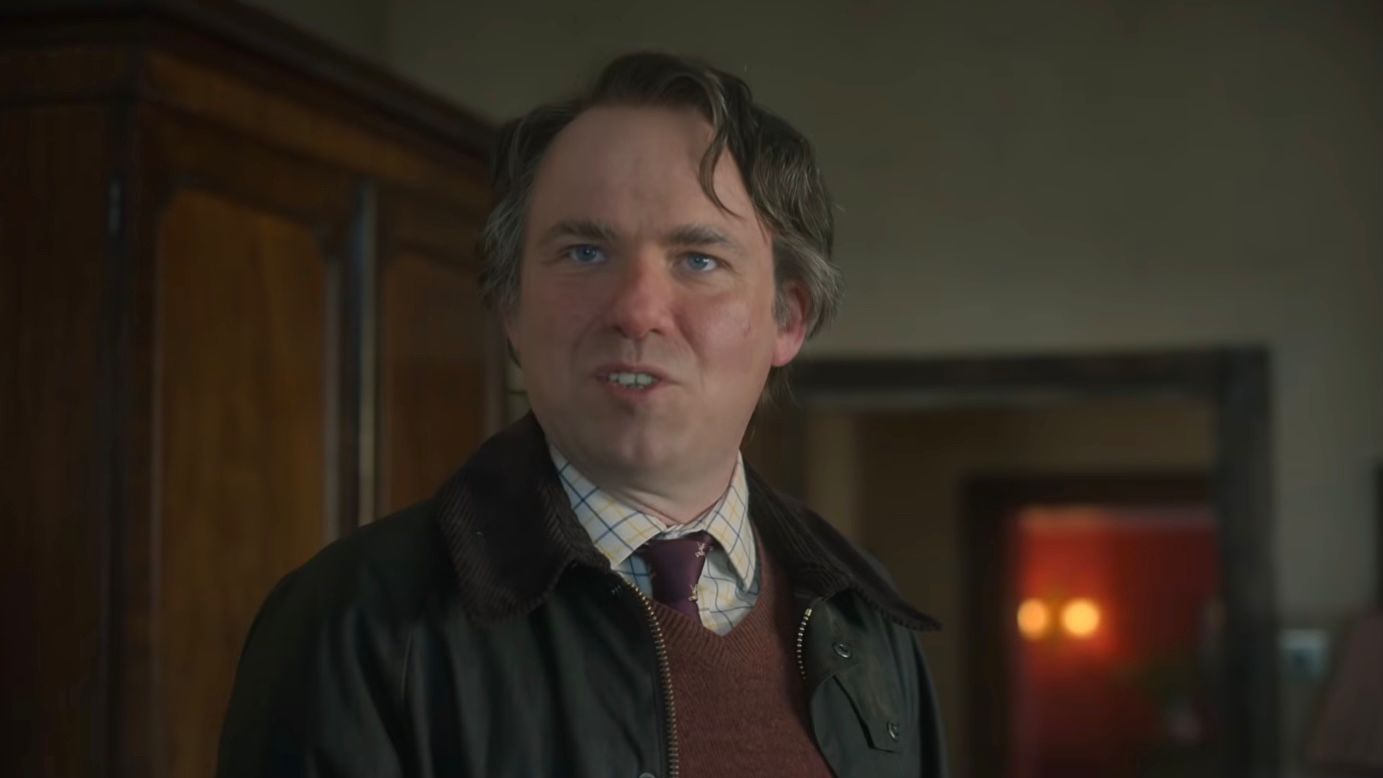 Unfortunately, a variety of other views are available, because the film is really unfocused, and not in a good, David Lynchian way. Like Jordan Peele’s Us before it, Men is a film that is stylistically beholden to its metaphor without ever making its message clear. As a horror film, it fails to terrify and as a drama it fails to engage. It got me thinking though: as cinema lovers we’ve been treated to a ton of great artsy folk horrors: think Midsommar, Kill List, Get Out, The Witch. John, are we starting to see the downward trend in quality for arthouse horror? Do we need a maniac with a chainsaw back on the screens?

JM: I think we definitely need something! I felt with this film that we were witnessing the sadly depleted end point of the prestige horror movie. Films like Hereditary, Get Out and even It Follows did a huge amount to rehabilitate horror movies for the mainstream critical palate, with a combination of exceptionally high production values, ambitious concepts, and a tight thematic focus on issues such as race, gender and sexuality. 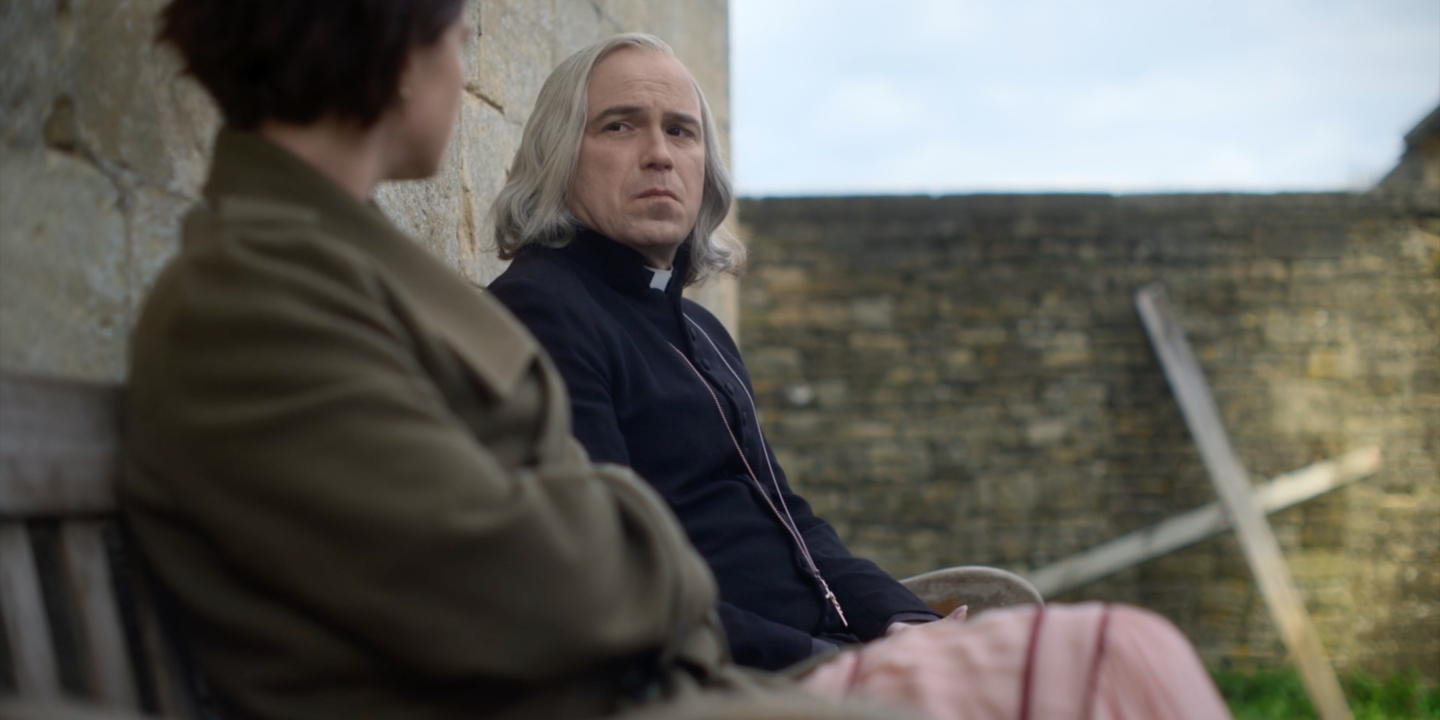 Then you have a movie like Men, which on paper has all of these things – and it’s an utter mess. Fresh was another recent film that blatantly imitated not only Get Out but Alex Garland’s own Ex Machina, and failed utterly. It’s definitely premature to say that this sub-genre of horror movies has had its day (and I don’t think I could define the sub-genre that precisely, although I think we know it when we see it) – but everything which Men was relying upon to set it apart, I had seen before.

What we have seen is that these movies often do very well and are very well-received critically – which inevitably leads to a certain amount of homogeneity. 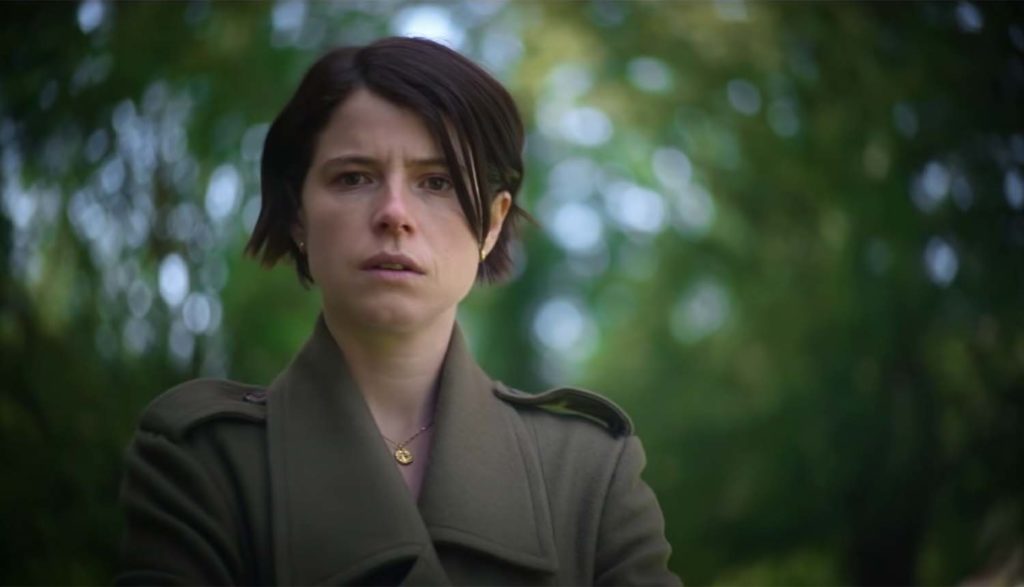 SK: Yeah. Unlike the pulsingly psychedelic Annihilation, which essentially went straight to Netflix because studio heads found it too weird, Men suffers from a minuscule vision. Putting aside its idiosyncratic device (and I wish it had been put aside), there’s very little for the talented cast and crew to work with. Jessie Buckley is fine as the resilient protagonist, but she’s given little to do.  Rory Kinnear shows off his dynamic range throughout the movie, but in a way that’s ultimately limiting to the breadth of the film (and if you haven’t figured out what we’re talking about by this point, then that’s on you). Likewise, the film is laden with artistic flourishes; symmetrical shots, black-outs, slow motion sequences of apples falling from trees set to gothic orchestration. There’s scenes of violent surreality, but they too are situated firmly in the “uncanny valley” – computer-generated window dressing without visceral effect or narrative consequence. And that’s just it: Without a grander narrative to serve, Men is all icing without any cake, a film that belongs squarely on Netflix and not on the big screen, and which, I fear, will be promptly forgotten. 4/10

Now, you wanted me to end with a pun, but I don’t have anything. What you got?

JM: Yep, I think this one is destined for obscurity. It’s a disappointment from a director who has made such excellent work in the past, but I’m interested to see what he does next. I don’t have a pun, but here’s a song which neatly encapsulates the themes of this movie. 4/10