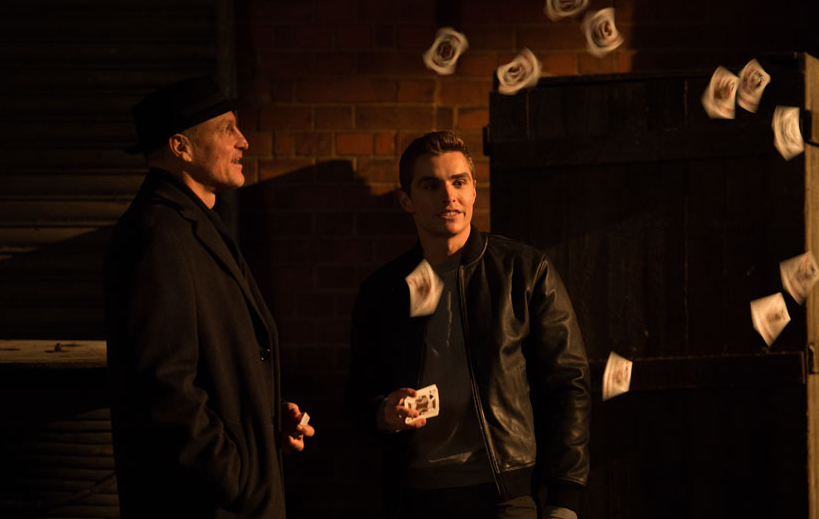 Cinema might just be the most widespread magic trick of them all. There is no way that narrative cinema (and a lot of documentary cinema) could exists without illusion. Not computer imagery, or special effects, or costume, or props, or sets, but the actual nature of film.

Conversations are stitched together that don’t take place at the same time – sometimes not even the same place – and the result is that we believe that the characters are interacting naturally. We absorb our enthusiasms in images of captured light, and in people that don’t exist. How is it possible that an audience that has seen American Psycho can also invest in themselves in Christopher Nolan’s Batman films? But they do. And how often do you think about the cameramen or the director or the best boy grip, when you watch a film? They are all standing just out of the picture.

And then there are films about magic tricks, which we expect to trick us, like Nolan’s The Prestige. They are magic tricks within magic tricks. The best of these, and there aren’t many, are the ones that reward us on our second viewing. The signs are obvious when we know the outcome, but it’s a delicate balancing act between that reward and giving away too much information.

Now You See Me 2 isn’t interested in any of that because it’s too busy tearing a path of chaos and making up new rules every couple of minutes. One of the allures of magic tricks is that they are grounded in reality, which means that part of the fun is guessing how each trick was done. There’s no balancing act in Now You See Me 2 because if the film paused for reflection then it might render itself in a total state of confusion. What me, magic? That’s unpossiblekedabra. Perhaps the greatest trick that Now You See Me 2 pulls is that it takes itself outrageously seriously and still manages to be sort of fun. 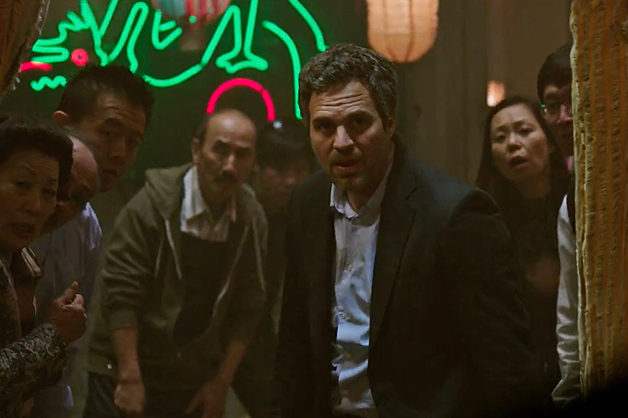 The first Now You See Me suffered from the same issues, but to a lesser extent and was diverting enough (not in the way a magician diverts attention, more in a mindless way) that the overall impression was positive. Now You See Me 2 is also entertaining, but the silliness will choke your brain. The relentless lapses in logic might not be so maddening if the characters didn’t appear so smug about each illogical development, as if they’re one step ahead of us. The steps are directionless. They aren’t ahead of anyone because there isn’t an ahead.

The Four Horsemen are back, even though one of the died (kind of) in the first movie and one of them wasn’t even in the first movie. That’s Lula (Lizzy Caplan) and she’s replacing Isla Fischer’s female Horseman. Lula makes jokes about how under (and mis)represented women are in the film, but that doesn’t stop the film from under (and mis)representing women.Jesse Eisenberg, Woody Harrelson, Dave Franco, Mark Ruffalo, Daniel Radcliffe and Morgan Freeman all have more important parts to play in Now You See Me 2 than any of the female characters. Woody Harrelson even plays two separate male characters. The lack of a female presence is disheartening, but it’s also an odd thing for such large-budget entertainment film nowadays. The second most prolific female character is an absolutely inconsequential FBI agent, whose scenes could have been deleted with zero plot consequences.

Speaking of plot, it’s best not to speak of it. Distraction is an important element in magic but not the only element, and Now You See Me 2 is a series of distractions. But they are entertaining ones. This is dumb stuff, but if you’re feeling dumb then it’s not so dumb that you’ll feel dumb about watching it. Understand? Now You See Me 2 is sort of like Ocean’s 11 but worse. Or a bit like the better Fast and the Furious films, but slightly worse. And everyone in it takes magic tricks very, very seriously. Are you watching closely? It’s not advised.