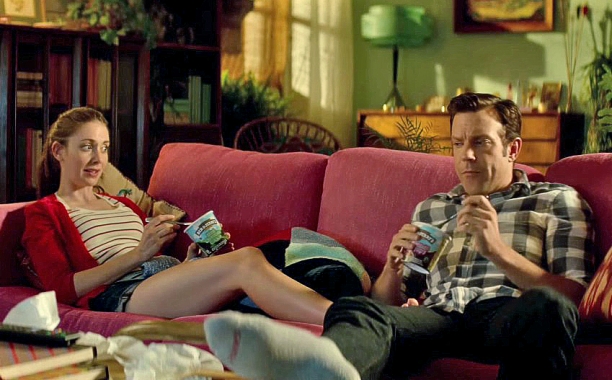 With Bachelorette, playwright turned writer-director Leslye Headland brought a breath of rotten air to the romantic comedy genre. That’s actually a compliment. Headland’s transgressive approach to a story of misbehaving bridesmaids was just caustic enough to disarm us with its eventual sentiment, while remaining bracingly honest. In a genre defined by conventions, she gave us something unconventional.

When audiences didn’t respond to that film with the Hangover-like box office that the studio hoped, a course correction was needed. With Sleeping With Other People, Headland has now delivered a movie heavily indebted to one of the most conventional romantic comedies of all time, in the sense that it helped define the conventions: When Harry Met Sally. This turn of events hasn’t sacrificed Headland’s eye for the truth – only her teeth.

The Harry and Sally of this story are Jake (Jason Sudeikis) and Lainey (Alison Brie), who impulsively lost their respective virginities to each other back at university, but had not seen each other in the 12 years since. That they meet again at a sex addicts meeting should tell you everything you need to know about how the intervening years have gone for them. But instead of yielding to an acknowledged lingering attraction, the pair decides they’re better off as friends who can help each other have normal sexual relationships with other people. They develop an unsexual safe word (“mousetrap”) to use if any of their interactions become too arousing, then proceed to develop the kind of repartee that’s liberated from strategies for courting each other, and (mostly) from sexual tension. This state of Platonic bliss is inevitably short-lived, however, as each eventually becomes jealous of the other’s prospects – Adam Scott and Marc Blucas for her, Amanda Peet for him. 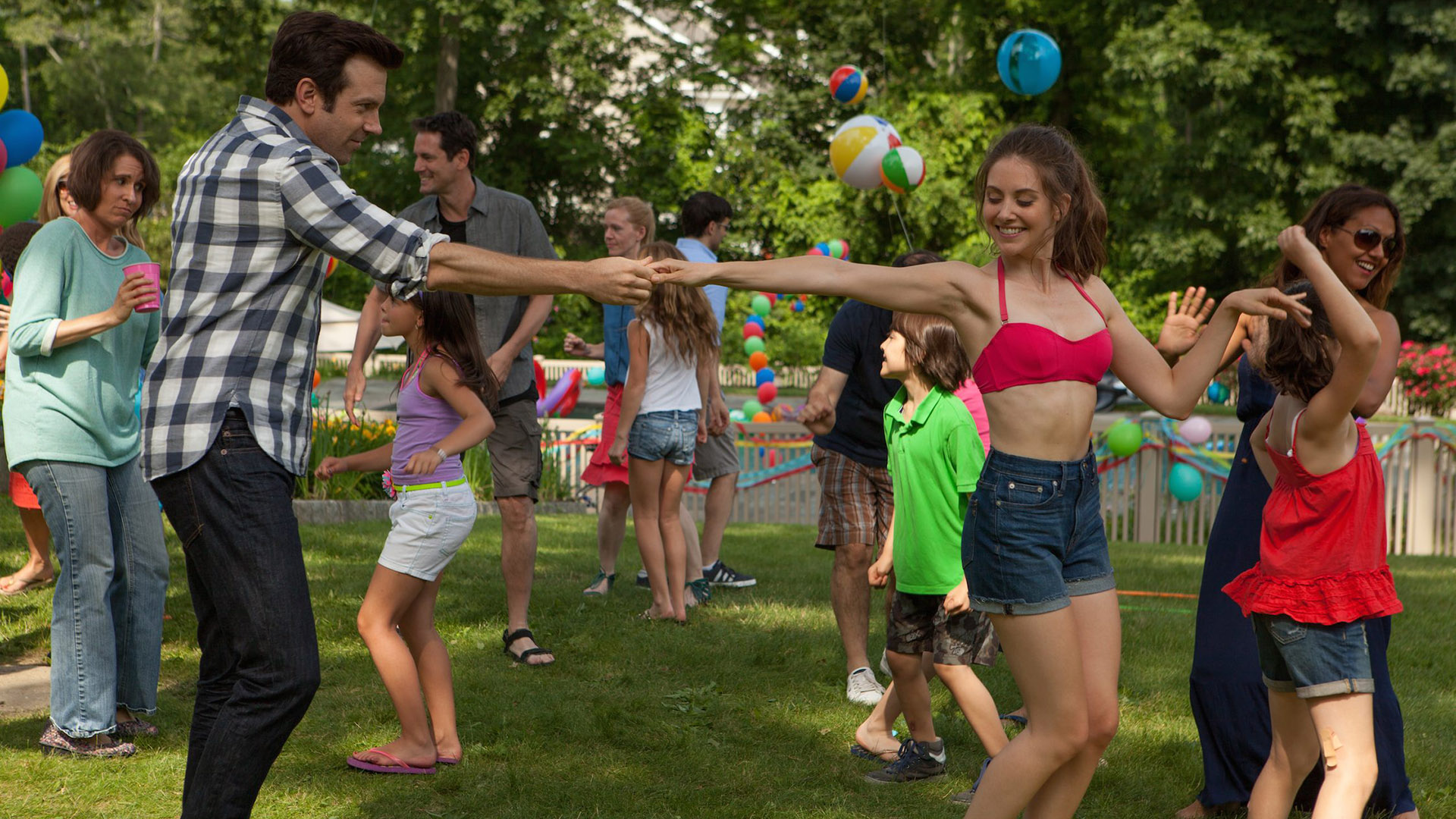 The similarities to When Harry Met Sally are so regular that they almost seem intentional. At the very least, Headland doesn’t shy away from inviting the comparison. She even has a character assert that men and women can never truly be friends, which is the core philosophical question of Rob Reiner’s film. Like Reiner, Headland sends her characters walking and talking through various New York City landmarks and retail outlets, frankly discussing relationship politics and sexual morays that they’d never go near if they were planning on sleeping with each other. Of course, they are planning on sleeping with each other, even if they don’t know it, or pretend they don’t know it.

The good news about this approach is that Headland pulls off her homage to When Harry Met Sally very effectively. She’s written some clever exchanges, cast some appealing buddy characters for each lead (Jason Mantzoukas for Jake, Natasha Lyonne for Lainey), and instinctively knows when to interrupt the comic momentum with episodes of strife. The film feels very intentionally diagrammed, which is usually a weakness, but often feels like a strength here. The bad news is, of course, that there’s little originality on hand. Headland teases the outré approach she brought to Bachelorette, but it materialises in ways that have become mainstream by now, like the characters taking ecstasy at a child’s birthday party, or demonstrating the finer points of cunnilingus on an empty bottle of iced tea. It’s like Headland’s making the “shocking” modern update of When Harry Met Sally that should have come out in 2002. 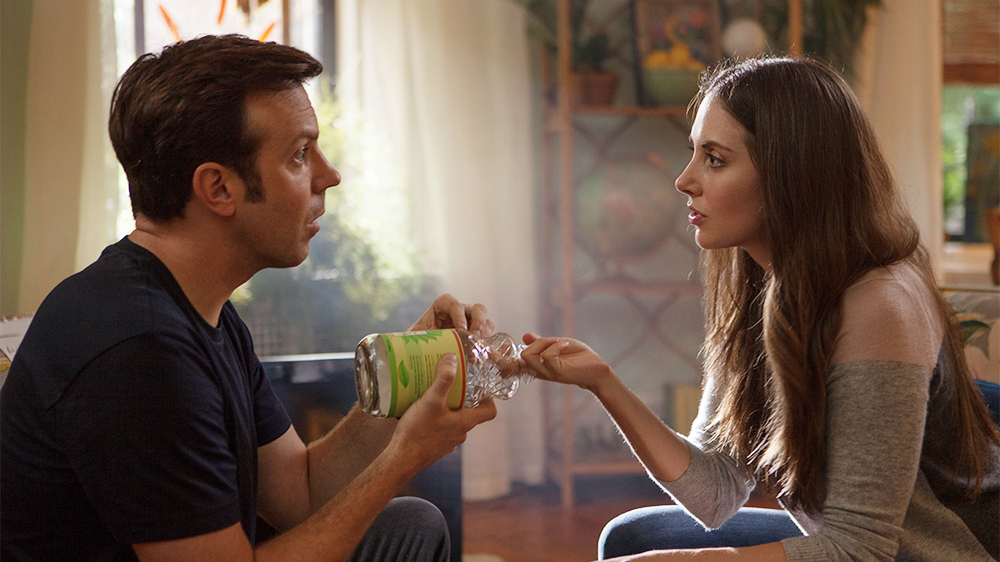 Then there are the times that she seems to realise things are going too smoothly, so she throws a spanner in the works to get a little bit of her Bachelorette mojo back. These mostly don’t work, and they mostly involve the character played by Adam Scott, a married gynecologist who has had an ongoing affair with Lainey. At every opportunity in this film, Scott’s Matthew Sovochek is described as boring, and that’s the problem – he really is. He’s not only entirely lacking in charisma, he’s actually got an actively negative personality. Scott’s natural charm is so neutered by this script and by how Headland chooses to direct him that it’s almost impossible to envision someone as radiant as Alison Brie pining away for him.

It seems clear that Brie and Sudeikis are a large part of why this movie does, in the end, work. They’ve got good romantic chemistry and also know how to play a scene for a laugh. That they’re supposed to be the same age is an unintentional one of those laughs – Sudeikis is fully eight years older than Brie – but that’s Hollywood for you. Headland needs to go a little less Hollywood next time – if there is a next time, since this one has already tanked the U.S. box office and figures to do the same in Australia.