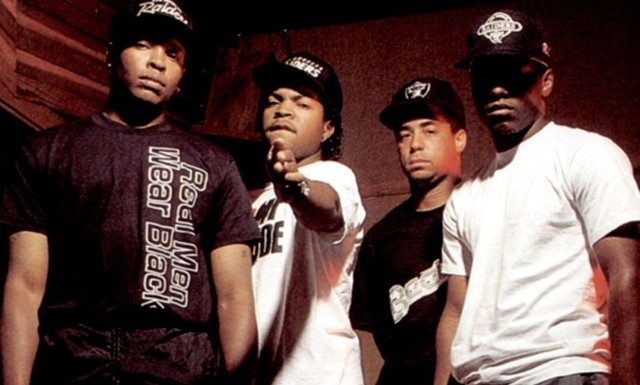 If there’s one thing we don’t need more of it’s musician biographical pictures. And famine, we don’t need more of that either. Having just made that comment about about musician biographical pictures, we’d also like to note that we’re still very excited for Straight Outta Compton because we like it when Ice Cube does things and we particularly liked it when he did things with N.W.A., the group at the focus of Straight Outta Compton. The brand new trailer debuted at the Grammys recently and is now up online. It features a maybe weird and definitely unnecessary introduction from Ice Cube and Dr. Dre, if that does anything for you.

“In the mid-1980s, the streets of Compton, California, were some of the most dangerous in the country. When five young men translated their experiences growing up into brutally honest music that rebelled against abusive authority, they gave an explosive voice to a silenced generation. Following the meteoric rise and fall of N.W.A, Straight Outta Compton tells the astonishing story of how these youngsters revolutionized music and pop culture forever the moment they told the world the truth about life in the hood and ignited a cultural war.”