LOL jks who even cares? 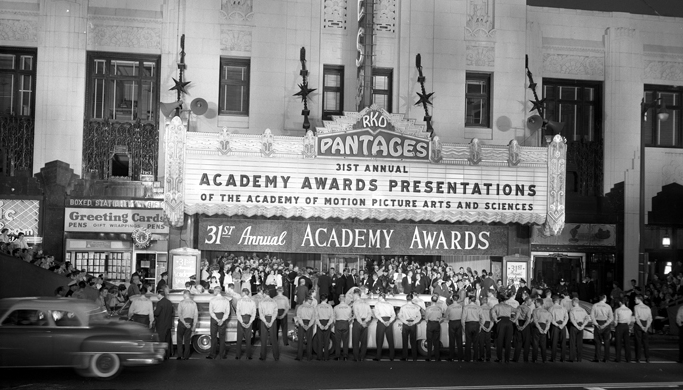 The Academy Awards will be rolling around in less than a week and despite my opinion that they, along with most other film award ceremonies, are a misuse of valuable time not to mention a waste of the concentration of some very talented people, I’m nonetheless compelled by the fact that I run this site to follow and comment on it all in some shape or form. And what better shape or form than mindless competition? Should win, will win, could win, who even cares, especially considering the politics of the Oscars race is a widely acknowledged fact? Watching the industry’s leading figures grab at the shiny statuettes like Gollum is a disheartening thing. Unfortunately for everyone, we’re not involved in an industry where success is actually measured by success. Anyway, keep reading if you absolutely must. Ten respect points goes to anyone who can outguess me.

I’d consider none of the films in this category particularly noteworthy and a handful of them I’d probably deem sub par. American Sniper is a poor film, as is The Imitation Game and The Theory of Everything. Whiplash and Selma are both strong films and deserve a place here. The Grand Budapest Hotel gave me a headache. Birdman had some stellar cinematographic work and a handful of great performances. Boyhood was an astonishing achievement and a reasonable film. But where are the absolute rippers? These are meant to be the best films of the whole year. Surely not?

Will Win: “Boyhood”
Could Win: “Birdman”
Should Win: ““Boyhood”

It unquestionably has to go to Richard Linklater. Boyhood was a great watch, despite never really exploiting its potential fully, but regardless of how you feel about it, Linklater’s vision and willingness to expand the horizons of feature filmmaking should definitely be awarded – if awards have to happen, that is. What the hell is Morten Tydlum doing here? Especially considering Ava DuVernay doesn’t get a look in for her strong work on Selma.

As flashy as Michael Keaton and Eddie Redmayne were in their respective nominated performances, the strongest performance in this category was by Cooper in American Sniper, despite the actual film being a total dud. Unfortunately, subtlety is rarely recognised in these high-profile Hollywood affairs and so it’s unlikely Cooper’s performance will be a winner. Cumberbatch’s performance in The Imitation Game was unremarkable and his position here probably could have been filled by Jake Gyllenhaal for his work on Nightcrawler.

This is where it gets a bit tricky because I haven’t actually seen Still Alice yet but I’m almost certain, from the impression I’ve got over the last few months, that Julianne Moore is a shoe in. If Moore’s performance in Still Alice isn’t strong enough on its own then the Academy have a history of rewarding actors for previous performances, a hazy tradition which is a joke in itself. Rosamund Pike was pretty great in Gone Girl, and would definitely deserve the win should it come.

Edward Norton for sure. He was great in Birdman. Unpopular opinion, I know, but J.K. Simmons didn’t blow me away in Whiplash, despite having this award in the bag. Wouldn’t it be great of Ethan Hawke won an Academy Award?

Arquette’s got this one. Streep and Knightley probably shouldn’t even be here this year. Their performances were fine, but nothing more than fine. Perhaps Tilda Swinton should have been nominated for Snowpiercer?

Nightcrawler is certainly the most interesting screenplay out of these nominees and has been generating a lot of attention from screenwriting aficionados, which may pull it over the line. But The Grand Budapest Hotel is just so damn popular and was right at the top of a lot of peoples’ lists in 2014, the same people who feel as though it should win Best Picture. Would this be a consolation prize? Mr. Turner should have been in this category.

Will Win: “The Grand Budapest Hotel”
Could Win: “Birdman”
Should Win: “Nightcrawler”

Having seen all of these except Inherent Vice, I can absolutely say that none of them deserve an Academy Award except perhaps Whiplash. So give it to Whiplash, though I wasn’t aware that it was adapted from anything? A cursory Wikipedia search doesn’t shed any light on this. Also, I know that I was bemoaning the Academy’s tendency to give Oscars from previous works, but Paul Thomas Anderson is such a great filmmaker they should just throw one his way. How the hell wasn’t Gone Girl nominated? Rough.

I haven’t been huge on animated films since the Disney Golden Age during the 1990s. Computer animation isn’t my cup of tea at all, with the notable exception being Wall-E, which is awesome. So….honestly I don’t care. Give it to The Tale of Princess Kaguya. This category had everyone up in arms when The LEGO Movie wasn’t nominated, but really The LEGO Movie wasn’t as great as all that.

The Nominees:
“Big Hero 6”
“The Boxtrolls”
“How to Train Your Dragon 2”
“Song of the Sea”
“The Tale of the Princess Kaguya”

Will Win: “How to Train Your Dragon 2”
Could Win: “Song of the Sea”
Should Win: “The Tale of Princess Kaguya”

I saw Leviathan last night but I was so tired I have no idea what to make of it. This means that I’m going to have to watch it again to review it, which is pretty annoying. Having said that, Andrey Zvyagintsev’s The Return is in my top ten favourite movies of all time, so how can I not be biased? Ida definitely has a red hot chance.

The Nominees:
“Citizenfour”
“Finding Vivian Maier”
“Last Days in Vietnam”
“Virunga”
“The Salt of the Earth”

Birdman deserves to win. Mr. Turner deserves to win. But Emmanuel Lubezki won an Oscar for his work on Gravity last year, which could be a factor in him not winning this year, even though that’s ridiculous. Mr. Turner was absolutely beautiful and would be a very deserved win for Dick Pope. Roger Deakins, who is one of the finest cinematographers in film history, has never won an Academy Award. His work on Unbroken isn’t nearly good enough to topple Birdman or Mr. Turner, but sentimentality and the desire to ‘put things right’ often influences the Academy.

Will Win: “Boyhood”
Could Win: “American Sniper”
Should Win: “Whiplash”

The Grand Budapest Hotel. Because more is more when it comes to the Academy.

The Nominees:
“The Grand Budapest Hotel”
“The Imitation Game”
“Interstellar”
“Into the Woods”
“Mr. Turner”

It’s a rough thing to say, I know, but I’ve honestly no interest in costume design. Not to suggest that it’s a less important element of filmmaking, but I can’t feign enthusiasm for it and I know absolutely zilch about it. The below choices are me at my most ‘guessy’.

It’s surprising that the score for Gone Girl didn’t get a look in here. Pretty sad year for this category, which is very close to my heart. Not an amazing score among them. Alexandre Desplat v. Alexandre Desplat? Oh, I don’t know. The Theory of Everything will probably win, even though it’s sort of Jóhann Jóhannsson doing an impression of Alexandre Desplat.

Interstellar will win because it was apparently really amazing how Christopher Nolan managed to pull of all those effects…until you remember that Stanley Kubrick did it better fifty years ago. You can’t fault Caesar, so it’d be great if Dawn of the Planet of the Apes won.

The Nominees:
“Captain America: The Winter Soldier”
“Dawn of the Planet of the Apes”
“Guardians of the Galaxy”
“Interstellar”
“X-Men: Days of Future Past”

Is it wrong to say that this is a bit of a joke Oscar? Do these people even care about Academy Awards? Isn’t Grammys their thing? I don’t know. More blind guesswork.

Will Win: “Glory”
Could Win: “Everything Is Awesome”
Should Win: “Lost Stars”

My blind love for Guardians of the Galaxy is forcing my hand. Steve Carrell’s nose from Foxcatcher could give a top notch acceptance speech though.

The Nominees:
“Foxcatcher”
“The Grand Budapest Hotel”
“Guardians of the Galaxy”

Interstellar was nominated for sound stuff? Wow, that’s a stretch no matter how you look at it. The people who accept these technical awards are always the most endearing people on the night, despite nobody else in the room giving a second thought to them. Let’s go with Whiplash, because it was a good film when all is said and done.

Another cheeky sound nomination for Interstellar. If we’re being totally honest with one another, we all know that I know nothing about sound editing or sound mixing. The Academy do like giving these sort of awards to war movies though.

The Nominees:
“American Sniper”
“Birdman”
“The Hobbit: The Battle of the Five Armies”
“Interstellar”
“Unbroken”

Will Win: “American Sniper”
Could Win: “The Hobbit: The Battle of the Five Armies”
Should Win: “Birdman”