It seems like the decade of superheroes, with a lot of our favourite crime-fighters making their way to the big screen. Ever since Marvel’s release of Iron Man back in 2008 a superhero craze has taken over the movie industry. This year alone we’re getting a mighty dosage of Spiderman, Captain America, X-Men and Guardians of the Galaxy. And there seems to be no sign of stopping the super-train with another Thor, SupermanVSBatman, Avengers and Antman film in the works.

With the recent confirmation of a future Justice League movie taking place, there seems to be a glimmer of hope for my very own favourite superheroes. Keeping in line with the DC and Marvel multiverses, here’s 8 super heroes that I think deserve their own movie. 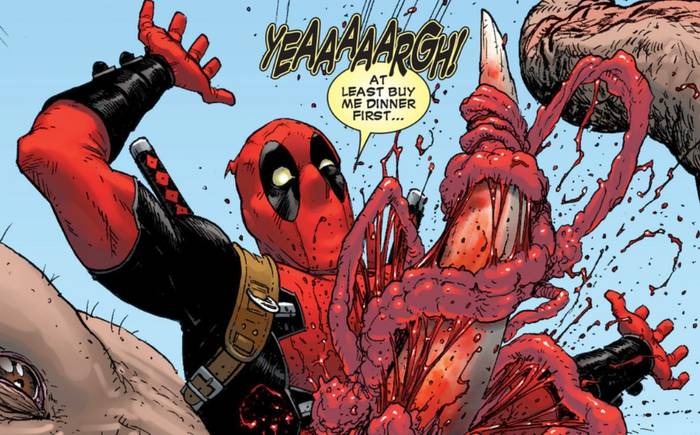 When I first heard that Deadpool was making an appearance in X-Men Origins: Wolverine, I was beyond excited. Sassy, unpredictable and an impeccable mercenary, it made sense that Wade Wilson was making his first appearance alongside a fellow Weapon X candidate as the antagonist. However, Ryan Reynolds portrayal of the wisecracking antihero just wasn’t enough. To me, Deadpool was the mischievous assassin in his distinct red suit. By the end of the film they had Wade’s mouth stitched up, his whole personality silenced, and not once did his red suit make an appearance. Deadpool deserves a second chance in the limelight; with free reign of his voice, an insight to his true mental state and dissociative identity disorder, as well as a shiny latex costume. 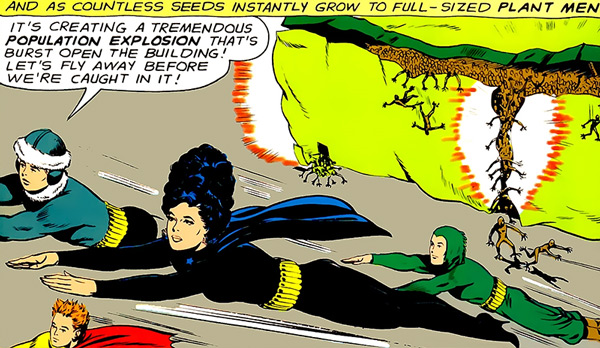 An incredible super power is super human strength. While Night Girl is amongst those lucky heroes with this ability, her power has a catch: she can only use it at night. Due to the limits of her power, the Legion of Super Heroes rejected her. After meeting a fellow rejectee, Polar Boy, the pair decides to start the Legion of Substitute Heroes. A movie where a hero’s powers isn’t ‘good enough’ hasn’t really been done before, with heroes always having the right to help their fellow men and women. A live-action Night Girl film would also be a great introduction to other substitute heroes such as Infectious Girl, who can make people sick, Colour Lad, who can change the colour of anything and Dream Girl who has premonitions in her dreams. 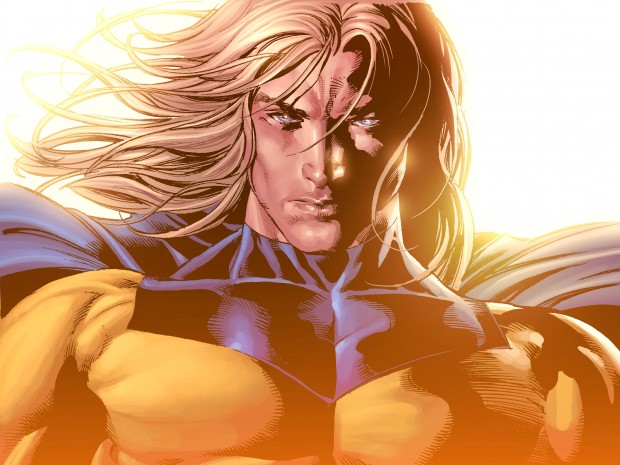 Imagine waking up one day and realizing you were a super hero. That was the reality of Robert ‘Bob’ Reynolds, an average middle-aged man that had lost his memory of being the Sentry. But he wasn’t the only one who lost his memory of his old self; everyone else did too. The Sentry was the super hero with the power of a million exploding suns, and had worked alongside other super heroes like the mutant Angel, Peter Parker, The Hulk and Reed Richards of The Fantastic Four, but no one was able to remember him. Once he gained memory of his past he seeks out the people he used to know and one by one they all start to remember. The Sentry’s origin story is the selling point of his character, and brings an interesting perspective on the idea that anybody can be a super hero. 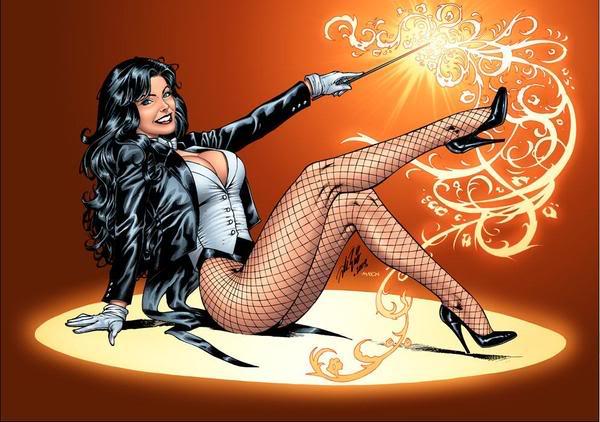 Magic isn’t usually something someone would recognize as a super power. The art of illusion is usually seen as a mere slight of hand, but Zatanna, a skilled user of magic, has worked alongside the Justice League time and time again. As the daughter of the great Giovanni ‘John’ Zatara, she herself was a stage illusionist before discovering her magical abilities. In order to cast spells she uses aural commands by saying the needed phrase backwards. This causes most villains to try and render her from speaking and making her ‘powerless’. However, she is able to do some basic spells without audible cues and has at times had to use her own blood to write down commands. The spot of the magical super hero has yet to be taken, and Zatanna the sultry illusionist, is the hero that fits the bill perfectly. 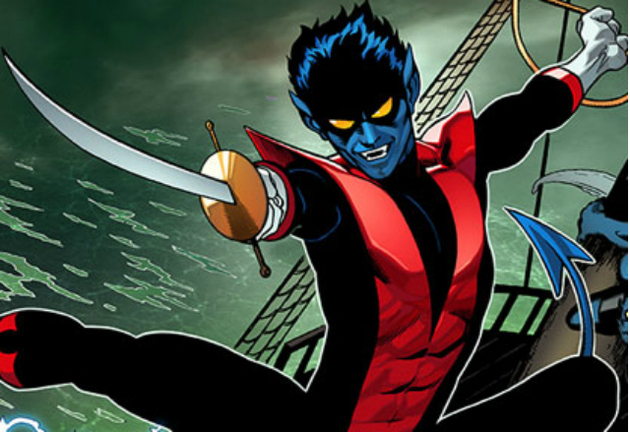 Nightcrawler was a central character in X2. Played by Alan Cumming, he was a meek mutant, hiding in the shadows of a church. But much like Deadpool, Kurt Wagner in the film was played quite differently from the comics. Nightcrawler is deemed as a trickster, using his ability to teleport to pull a variety of pranks. The character had always had quite a confident and happy-go-lucky personality, but instead was portrayed with a very shy and reserved personality. Due to his time in the circus Nightcrawler was also a great showman and had a complicated love life, which often conflicted with his religious beliefs. A film that showcased his true origins, such as the reveal of his parents Azazel and Mystique (which explains the blue skin) would be a great addition to the X-Men films, bringing more depth to his character and the characters around him, which sorely lacked in his appearance in X2. 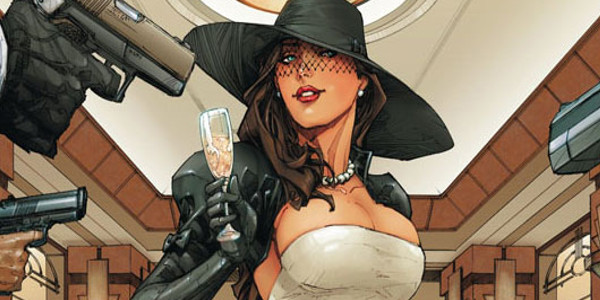 Everyone has their own worst fears and deepest desires and Mirage uses her mutant ability of illusion generation to bring these to life. Finding out her mutation during puberty, she was unable to control her visions, which had caused a lot of alienation from the people around her. Amongst her skill to manifest people’s fears and desires, Danielle Moonstar is also able to communicate with animals. She has a quasi-telepathic power that enables her to connect to animals like her horse Brightwind, felines, canines and primates on a deeper level. A popular depiction of Mirage is when she earns the powers of a Valkyrie (who can perceive the coming of death), when she first meets Brightwind, one of Odin’s horses. Due to her psychic rapport with Brightwind, the horse chose her as his rider. During this storyline she’s displayed wearing Valkyrie clothing, donning a feathered cloak, a wing-shaped headdress like Thor’s, and wielding a bow and arrow. Seeing Mirage in Asgard would be a great insight into Odin’s kingdom and how the mighty Valkyries lived. 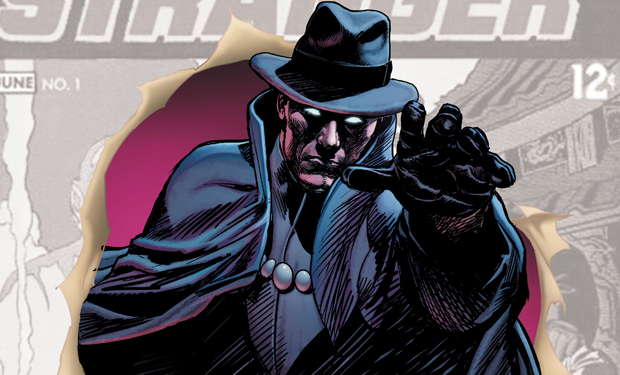 One of the most fascinating aspects of our favourite super heroes is their origin story. There’s something alluring about knowing your hero past that makes those extraordinary people we look up to more relatable and likeable. But sometimes there are heroes that have no solid origin. Their powers are never truly explained, and at times we don’t even get to know their real name. The mysterious Phantom Stranger is one of those super heroes. The Stranger is capable of firing energy bolts, travel through time, dispel magic, reveal illusions, survive in space without any type of support system, and travel through different dimensions, including Heaven and Hell. But his defining ability is his omniscience, as he seems to know everything about the heroes that he encounters. Despite his vast skills, he claims that he can’t solve a crisis, and acts as a guide to his fellow super heroes, being able to lead them to the right path. Heroes in films have always had a secret identity they’ve had to hide, whether it’s their powerful abilities or their true persona, and yet here we have a character that’s devoid of personal information but is still as compelling as any other super hero out there. Without any possibility of an origin movie, a Phantom Stranger film would be able to focus on his present cases, and has the potential to team up with any super hero in the DC universe. 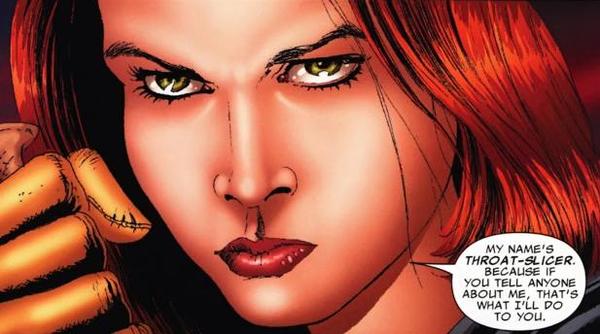 The release of X-Men: Days Of Future Past introduces a potential threat to the existence of mutants. The film introduces Sentinels, which are mutant-killing robots in a nutshell. While this isn’t the first time we see a possibility of mutants ceasing to exist in the films, in the Marvel universe an event occurs where this possibility actually becomes a reality. To avoid any major spoilers, Hope Summers relation to this event was the she was the first mutant to be born after it occurred. Professor X was able to track her through Cerebro. Summers special mutant power was the ability to mimic another mutant’s power. Cerebro then detected five new mutants and Summers was set with the task to find who were called the Five Lights. One by one each mutant is found, each one just as remarkable as the next. Too often the rebuilding process of a crisis is left out of films, but with Hope Summers leading the way, her story could make a great uplifting movie in the Marvel universe that’s often filled with so much darkness.