Year of the Monkey. 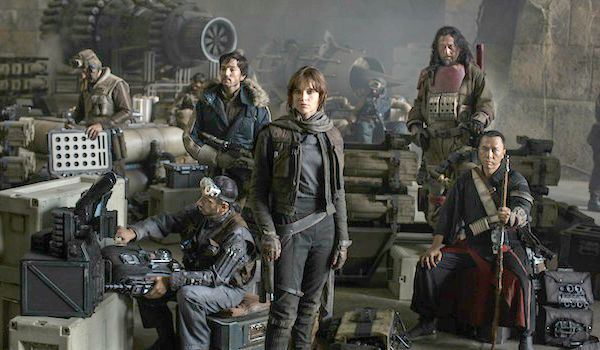 The Coen Brothers’ latest sees them returning to comedy for the first time since 2008’s underrated Burn After Reading. Set in 1950s Hollywood, Hail, Caesar! is about a ‘Hollywood fixer’ whose job is to keep the studio’s stars in line. From this description and the crazy set of trailers, this film looks as though it could be an amazing addition to the very specific ‘movies about movies’ category. The cast of Hail Caesar! is truly star-studded, boasting names such as Tilda Swinton, Ralph Fiennes, George Clooney and Frances McDormand – the list really does go on and on. If nothing else, it’s guaranteed to be a lot of fun, but there’s also very good reason to hope for a lot more.

This is a film from Germany, directed by Sebastian Schipper, which, put simply, is about a woman whose flirtations with a stranger lead to danger. What makes this film so potentially special and worthy of anticipation, though, is the way in which it was shot: in one take. One 134 minute take. It reportedly took three attempts, the third being used for the final film. Several films have been made to resemble one take, fewer have actually done it in a legitimate single take. It would be nice to think there’s more to the film than its clear technical achievement, though the achievement is exciting enough in itself.

Richard Linklater’s spiritual sequel to Dazed and Confused. Probably don’t need to say much more. The film follows the first weekend of college for a group of baseballers in the 1980s. The trailer certainly resembles the feel of Dazed and Confused, though the effortless charm of the 1993 film is not immediately evident. Regardless, the latest from Linklater surely deserves to be anticipated.

Based on the classic children’s novel by Roald Dahl, The BFG tells the story of Sophie and her encounter with the Big Friendly Giant. From one short yet brilliant trailer, Spielberg’s take on the tale looks to be appropriately magical – with a kind of Harry Potter feel – while also not seeming to ignore the very disturbing nature of parts of the story. Another exciting aspect of The BFG is the casting of Mark Rylance as the titular character. Rylance is just coming off a big year with Spielberg, having played a fantastic part in Bridge of Spies, which has actually earned him an Oscar nomination. The potential of these two working together again combined with the Roald Dahl factor is clearly enough to justify anticipation.

Regardless of your thoughts on The Force Awakens, and really Star Wars in general, it’s probably going to be a while before you’re not excited for an upcoming Star Wars film. Rogue One is set prior to the events of the original trilogy, where a group of rebels attempt to steal the plans for the Death Star. For just the second film in the return to the franchise, this does seem potentially risky. Firstly, we ultimately already know the film’s outcome. Secondly, there is said to be no force elements or jedi involved in the story. And thirdly, none of the new or old characters present in The Force Awakens will appear in the film.

So while the marketing teams may struggle to not confuse their audience with exactly what this film is or why it exists, the idea of a very different Star Wars film (said to have been inspired by Saving Private Ryan and Black Hawk Down), with a strong cast (Felicity Jones, Ben Mendelsohn), being helmed by Gareth Edwards (Monsters, Godzilla) – a director who has at the least proven to, at times, display an unusually artistic and poetic approach to blockbuster films – certainly presents itself as something to look forward to.

Could this be the video game to film adaptation that we’ve been waiting for? While the Assassin’s Creed franchise does lend itself to a cinematic representation, the often convoluted nature of the game series’ world and plots cause less promise. However, what does add promise to the film is the people involved – director of Snowtown and Macbeth, Justin Kurzel, as well as Michael Fassbender and Marion Cotillard.

This is the debut from Australian writer-director, Grant Scicluna. The description suggests a very harrowing and dark story, as it focuses on a man who was imprisoned for “drowning a little boy when he was a child. A visit from his victim’s mother upon parole sends him on a quest to find the truth. With little time and danger at every turn, James risks his freedom and his life to uncover the trail of sins that might give closure to the grieving mother.” The trailer certainly has a harrowing and dark feel to it, as well as suggesting some real beauty in its location, cinematography and performances.

The third film from Jeremy Saulnier (Murder Party, Blue Ruin) looks as though it should be a great continuation of the director’s interesting and slightly unconventional take on violence and brutality. Green Room is a horror/thriller that sees a punk rock group trapped in a venue where they stumble upon ‘a horrific act of violence’. The cast includes Imogen Poots, Alia Shawkat and Anton Yelchin. Arguably the most notable cast member however, is Patrick Stewart, who plays the leader of the white power skinheads who commit the aforementioned ‘horrific act of violence’. From the trailer, it looks to be a very chilling, yet probably fun role.

The latest from director Nicholas Winding Refn (Bronson, Drive). Described as a horror thriller, a plot description for The Neon Demon reads, “Jesse, an aspiring model, moves to Los Angeles, where her vitality and youth are devoured by a group of beauty-obsessed women who will take any means to get what she has.” Refn’s highly stylistic direction seems as though it will complement the horror genre perfectly. It also features a strong cast, including Elle Fanning, Jena Malone, Christina Hendricks, as well as Abbey Lee Kershaw – the actor/super model you may know from Mad Max: Fury Road.

Having made three films of varying degrees of brilliance (Shotgun Stories, Take Shelter, Mud), Jeff Nichols is a filmmaker who would earn a spot on this list without factors like an intriguing premise, an excellent cast and a great trailer. But Midnight Special has all of those things anyway. Midnight Special sees Nichols’ first trip into science fiction, with the story of a father and his special power-wielding son is told. It looks as though Nichols will keep the rural setting that has featured in all his films so far, preventing the science fiction shift from being too far removed from his body of work. Another thing that Midnight Special and Nichols’ previous films have in common is the casting of Michael Shannon, one of the best actors working today. Joining him are Joel Edgerton, Adam Driver, Kirsten Dunst and Sam Shepard.