If only you knew the true power of the dark side. 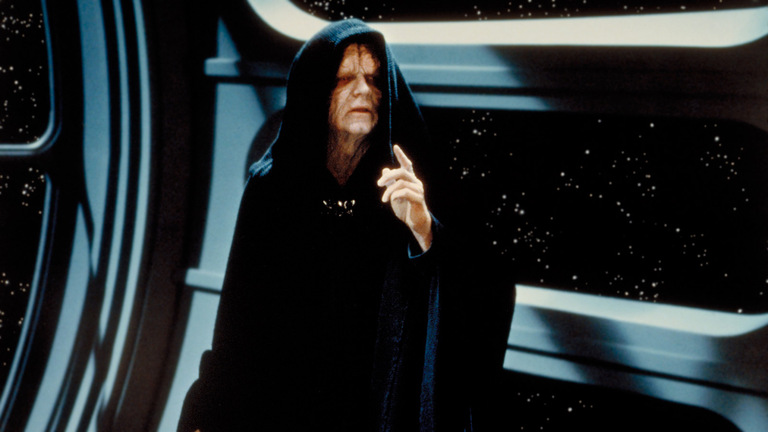 The movies are full of ambitious characters, and more often than not, there’s a seasoned veteran standing by, just waiting to supply the wisdom that will help achieve their goals. The thing is, it’s not always good advice — and it’s not always intended as good advice, either. The worst mentors jerk their pupils around so much, it leaves them with neck injuries. That’s the title’s double meaning in Damien Chazelle’s new film Whiplash, in which a particularly ferocious music teacher (J.K. Simmons) requires his student (Miles Teller) to perfect the drum portion of a jazz piece called “Whiplash” — but also treats him like a ragdoll, both physically and emotionally. There will be no Mentor of the Year award forthcoming for Simmons’ Terence Fletcher, just as there will be none for these five ignominious individuals:

Roger Swanson (Campbell Scott) may not have asked for the job, but when his 16-year-old nephew (Jesse Eisenberg) shows up in New York City hoping to get a crash course in the ways of seducing women, Roger throws himself into it with an almost unseemly gusto. Roger’s many diatribes about what women want and need are so misanthropic, even young Nick is seeing through them in no time at all. That’s to say nothing of the reactions of the women on whom Roger practices his supposedly irresistible shtick during their night on the town. With nuggets of advice like “You can’t sell a product without first making people feel bad,” Roger shouldn’t be surprised his nephew quickly shrinks away from his teachings.

Lancaster Dodd (Phillip Seymour Hoffman) may bristle at the suggestion that his “philosophical movement” (read: cult) is based on a lot of bad-faith hogwash, but he does leave Freddie Quell (Joaquin Phoenix) on a slow boat to nowhere after taking him under his wing. Freddie is so adrift, you might argue he could benefit from any brand of mentoring, but the one that has him walking the length of a room for hours on end, stranded inside a hopeless scenario that Dodd has planted in his brain, is definitely not what the doctor ordered. Then again, I suppose Freddie is not so good for Dodd, either, as his paint thinner moonshine could leave anyone’s capacities severely diminished.

It’s a main hobby of Sith Lords to use their charm to corrupt their more righteous counterparts. Some of them stink at it — they say Darth Maul had bad breath and preferred to speak in grunts — but Emperor Palpatine (Ian McDiarmid) made the biggest power play in the history of the movement when he convinced Annakin Skywalker (Hayden Christensen) to stop being such a goodie goodie. Of course, by allowing the erstwhile Darth Sidious to advise him on how best to use the Force, Annakin doomed his wife, slaughtered a bunch of innocent padawans, ended up a cyborg in a shiny black suit, and nearly destroyed the galaxy. The Dark Side’s dental plan was not even all it was cracked up to be, either.

Is greed good? Trader Bud Fox (Charlie Sheen) arrives at a somewhat different conclusion after tussling with his one-time hero, legendary Wall Street player Gordon Gekko (Michael Douglas). But what do you expect from a guy whose publicly stated motto involves worshipping the god of money? Although Gekko teaches his disciple tricks that will make him rich, he does it at the expense of Bud’s soul — while manipulating the eager young buck into insider trades he never would have executed if he had full knowledge of what Gekko expected to gain from them. As the poster boy for mentors who use their pupils for their own crooked advancement, Gekko is like the Emperor Palpatine of the financial world.

It’s bad enough to push someone you’re mentoring beyond their personal limits in pursuit of greatness. It’s a lot worse when you also emotionally manipulate them because you’ve fallen in love with them. That’s the bad mentor behaviour of ballet impresario Boris Lermontov (Antoine Wallbrook), who drives a promising young dancer (Moira Shearer) to the brink of her own sanity by demanding absurd levels of ballet perfection — and then fires the composer he perceives to be his rival for her affections. Vicky finds the strength to withdraw from Lermontov’s harmful influences, but he woos her back — and then tries to blame the resulting tragedy on an innocent pair of red ballet slippers.