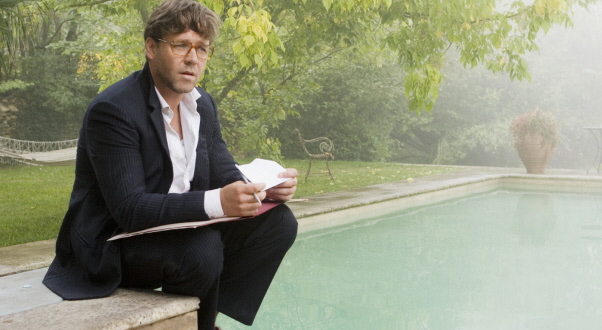 We all have our bad days, don’t we? Even ReelGood has been known to put out a dud every now and then, only to quickly sweep it under the rug never to be seen again. But what if you’re someone as high-profile as Steven Spielberg, you’ve got no broom and there isn’t a rug in sight anyway? These good directors won’t be remembered for the films on this list, but that doesn’t mean we’ve completely forgotten about them.

You’re more than welcome to lump everything Oliver Stone has been involved with post-Any Given Sunday into this entry if you’d like. From the man who brought you JFK and Born on the Fourth of July comes Colin Farrell wearing eye make-up and Val Kilmer looking confused.

“Chevy Chase and his partners are arms dealers. They sell second-rate weapons to third world nations. But they’re not out to stick it to anyone,” the tagline of Deal of the Century proudly pronounces. If that sounds good then William Friedkin’s film might be for you. Ol’ Wild Bill Friedkin, what you gone done eh? It’s hard to imagine the work of such a prolific director just fading into distant memory as much as Deal of the Century has. Every now and then, a famous director will have a crack at the ever elusive war-comedy genre and fail miserably.

John Carpenter is, of course, a weird looking old guy who has made some of the best genre films of all time, including the masterpieces Halloween and The Thing. Ghosts of Mars isn’t a masterpiece, rather it’s Jason Statham describing rooms a lot and unlocking doors a lot. On Mars. Ice Cube is the main character and his nickname is ‘Desolation’, just to give you an idea of the calibre of writing going on here.

If we’re being totally honest, which ReelGood never is, then we’ve actually never seen A Good Year. Don’t like our presumptuous attitude toward this list? Go find yourself another list sweetheart, and grab us an iced cold Budweiser while you’re at it! Delicious Budweiser. Always goes down smooth. But ultimately, there seems very little need to watch A Good Year, because we enjoy doing things that are enjoyable, not things that are unenjoyable. The perennially crusty Russell Crowe with a silly haircut in a trip to a sleepy corner of Italy that will make him forget about bla bla bla……MAXIMUS! MAXIMUS! MAXIMUS! MAXIMUS!

Zodiac is a particular favourite around the ReelGood offices. Those vast ReelGood offices of ours. The Social Network is also an absolute zinger, as is Se7en and The Game. Why David Fincher then, with all his talent, decided to make a film about Brad Pitt looking like a sultana is beyond us. If you were wondering why The Curious Case of Benjamin Button is so much like Forrest Gump except instead of being slow the main character inexplicably ages backwards, it’s because both films have exactly the same screenwriter. Life can be amazing, Button suggests, if you age backwards and look like Brad Pitt circa 1997 when you’re 80 years old. Hmmm.