This is just like..our opinion, man. 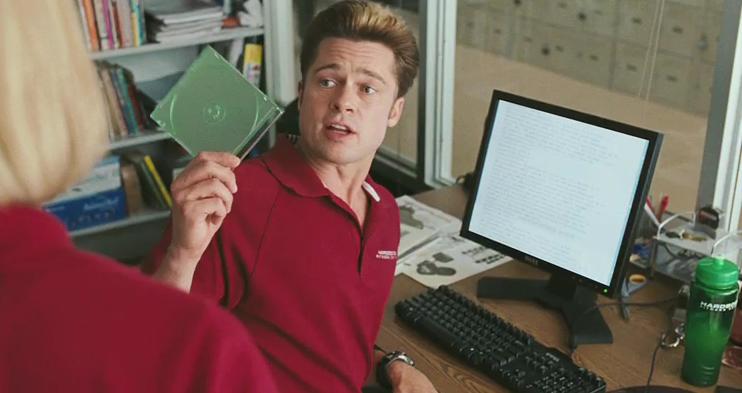 Noah Hawley’s television adaptation of the Coen Brothers’ Fargo has been a tremendous success so far, no mean feat considering how highly regarded the original film is. ReelGood decided to look back at some of the best characters the Coen Brothers have ever created.

“If it was never new, and it never gets old, then it’s a folk song.”

The Coen Brothers’ latest film follows Llewyn Davis, a downtrodden, pessimistic folk singer trying to get his big break during the 60s. The film’s events take place over the course of just one week in his life. Oscar Isaac portrays Davis with a sympathetic apathy; he perfectly pulls off the hobo, bohemian look and feel of the character with a twist of Coen-ness. Davis is nowhere near the hero of his own story, as we watch him scamper around Greenwich Village, coach-surfing and bar-hopping, making petty cash and beautiful music along the way. He’s a clearly a loser and although he attempts to better his life, he continues to mess up it up more and more which makes us feel a deep sense of pity for him. The real Coen-esque tragedy of Davis is that he is just before his time in terms of his musicality. The early 60s was a time when folk music was making a transition from old fashioned to cool, with the introduction of one Mr. Bob Dylan. As an audience, we know that although he’ll keep attempting to break through, but Davis’ true tragedy is that he may never stop trying.

“So you’re against me now too? Is that how it is boys? The whole world, God almighty, and now you.”

Clooney’s handsomeness and suave coolness took a back seat when he portrayed escaped convict Ulysses Everett McGill in the Coens’ Depression era musical romp. Roughly based on Homer’s The Odyssey, O Brother follows McGill and his two dim-witted chain-gang buddies on a quest to find millions of dollars in treasure. They are faced with harsh and entertaining obstacles along the way, from the KKK, a corrupt police force, McGill’s very own wife and a country talent show. In an almost cartoon-like performance, Clooney proved that he could play funny and stupid, a far cry from his usual romantic or dramatic leading man roles. But it’s his debonair charisma with an added touch of insanity that makes McGill a notable and very Coen-y character.

“Just keep it still back there, lady, or we’re going to have to, you know, shoot you.”

What would a 90’s Coen Brothers film be without the hilarious deadpan eccentricity of Steve Buscemi? Not worth watching, that’s what. Buscemi stared in almost every early Coen brother’s film, mainly in very small supporting roles or cameos. But in 1996’s Fargo he got his most serious and memorable Coen character yet. As one half of the bumbling hitman duo Gaear (Peter Stormare) and Carl, Buscemi was able to show both his comedic and dramatic talents. Together, Gaear and Carl are two of the most pathetic assassins ever, fighting with each other, killing innocent bystanders and botching a very simple kidnap. It may all sound horrible in writing, but the film is pure black comedy at its greatest, with Carl and Gaear being the centrepiece of the film’s insanity. Carl also suffers one of the most brutal and gruesome fates in film history; and without spoiling too much, you’ll never look at a woodchipper the same way again.

“Osbourne Cox? I thought you might be worried… about the security… of your shit.”

One has to wonder how the conversation between the Coens and Brad Pitt went when the talented, handsome actor agreed to take on the role of Chad Feldheimer, a hopelessly idiotic gym instructor in 2008’s black comedy, Burn After Reading. In a truly underrated performance, we get to see Pitt’s hilarious comedic skills, a far stretch from his usual dramatic roles. The epitome of stupid, Chad is a bleach blonde himbo who unknowingly gets entwined with top-secret CIA espionage… stuff. He acts like he knows what he’s doing when it comes to blackmail, but he couldn’t have less of a clue. Chad is perhaps the Coens’ greatest idiot; even in the moment of his doom he’s still dim-witted and overly enthusiastic.

Barton Fink is so obviously the exaggerated embodiment of his creators.  He’s a timid but talented screenwriter, facing unimaginable writer’s block in a 1930s Hollywood setting. When the Coens penned their Palme d’Or-winning masterpiece, they hoped to explore and analyse their own troubles with Hollywood from their experiences making 1990’s Miller’s Crossing. What they came up with was a pitch black comedy with themes surrounding insanity, morality and truth. Turturro’s haggard, neurotic yet subtle and complicated performance won him the Best Actor award at Cannes. With Barton Fink, the Coens proved that when you can’t write something because of writer’s block, why not write about writer’s block? For any writer who has ever experienced it, Fink’s story about the struggles of the artiste – albeit a gruesome and psychotic one – is very terrifyingly relatable.

Constantly heralded as the “most funny and hilarious movie of all time” by critics and lame Dads alike, The Big Lebowski is nothing but insane hilarity from start to finish. With a cast of pure bonkers characters – led by Jeff Bridges as The Dude – and an even more absurd storyline, the film has become a cult favourite over the years. Crazy Vietnam Vet, Walter Sobchak, is The Dude’s best buddy. They do everything together: bowling, blackmailing millionaires, fighting nihilists, bowling, etc… Whether he’s cussing up a storm or creating a storm in the bowling alley or speaking his piece on anything from existentialism to religion to the sacred rules of bowling, he’s a totally unique and psychotic character.

“You must pay for everything in this world, one way and another. There is nothing free except the grace of God.”

Mattie Ross is one of the most hardcore and kickass characters ever seen in a Coen Brothers’ film. Although she’s not an original creation – she was first seen in the original True Grit in 1969 – she is still seems purely Coen-y. The film’s story is recounted by Mattie as a grown woman, who tells us how at the age of 14, she enlisted the help of bounty hunter Rooster Cogburn (Jeff Bridges) to seek revenge on the man who killed her father. She’s tough, driven and she doesn’t let anything get in the way of reaching her goal. In an Oscar-nominated performance, Steinfeld showed the world just how powerful and influential strong female characters can be on screen. The portrayal is wise and honest, and she certainly holds the ground amongst her co-stars Bridges, Matt Damon and Josh Brolin.

“What’s the most you ever lost on a coin toss?”

In perhaps their greatest film, No Country For Old Men, the Coens tackle the vast, unyielding Texan wilderness in an adaptation from Cormac McCarthy’s novel of the same name. Far from being a desert version of Fargo, the film was unlike anything they had ever made before. With almost no comedic elements or moments of light heartedness, it painted a bleak and pessimistic outlook on the world of crime and the morality of men. The film won them Oscars for Best Picture, Best Screenplay and shared Best Director, as well as Best Supporting Actor for Javier Bardem’s chilling portrayal of psychotic assassin, Anton Chigurh. With no moral compass or total disregard for human life, the hitman with a bowl haircut sent chills up audience’s spines in 2007, placing him on the list of cinema’s greatest serial killers. And all with the simple toss of a coin.

“There’s more to life than a little money, you know. Don’tcha know that? And here ya are, and it’s a beautiful day. Well. I just don’t understand it.”

Amongst the inept hitmen, bumbling cops and vengeful husbands that populate Fargo’s world, the shining light of Officer Marge Gunderson is ever present, assuring us that there is some good in this messed up world. She is without a doubt the brightest and most optimistic character in the Coen Brothers’ entire Universe. As a police officer in the small Minnesota town of Fargo, she doesn’t let her 7-month pregnancy get in the way of a few unsolved murders. Polite and kind hearted, her wisdom and calmness in incredibly brutal situations show just how incredible she is at what she does. What’s more, the amazing Frances McDormand rightfully won the Best Actress Oscar in 1996 for her performance as Marge. Probably purely for her skilled Minnesotan accent whilst also being pregnant in real life during the making of the film: Aw jeez, I mean, didn’tcha know that?

Come’on maaaaaaan! What did you expect? Of course The Dude is numebro uno! He’s one of the most recognisable and beloved movie characters of all time, right? With his white Russians, bathrobe, sunglasses, bowling skills, rug that “really tied the room together” and constant air of “I-just-don’t-give-a-shit”, he’s become a cult figure in film. After a case of mistaken identity with a millionaire who shares his name, Jeff “The Dude” Lebowski is thrown into a world of gangsters, kidnappings, blackmail and nihilists. And a raucous ride of violence, insanity and hilarity follows. Jeff Bridge’s portrayal is both hilarious and compassionate, giving the stoner hero a true sense of authenticity and lovability. Well, what more can I say? The Dude abides.