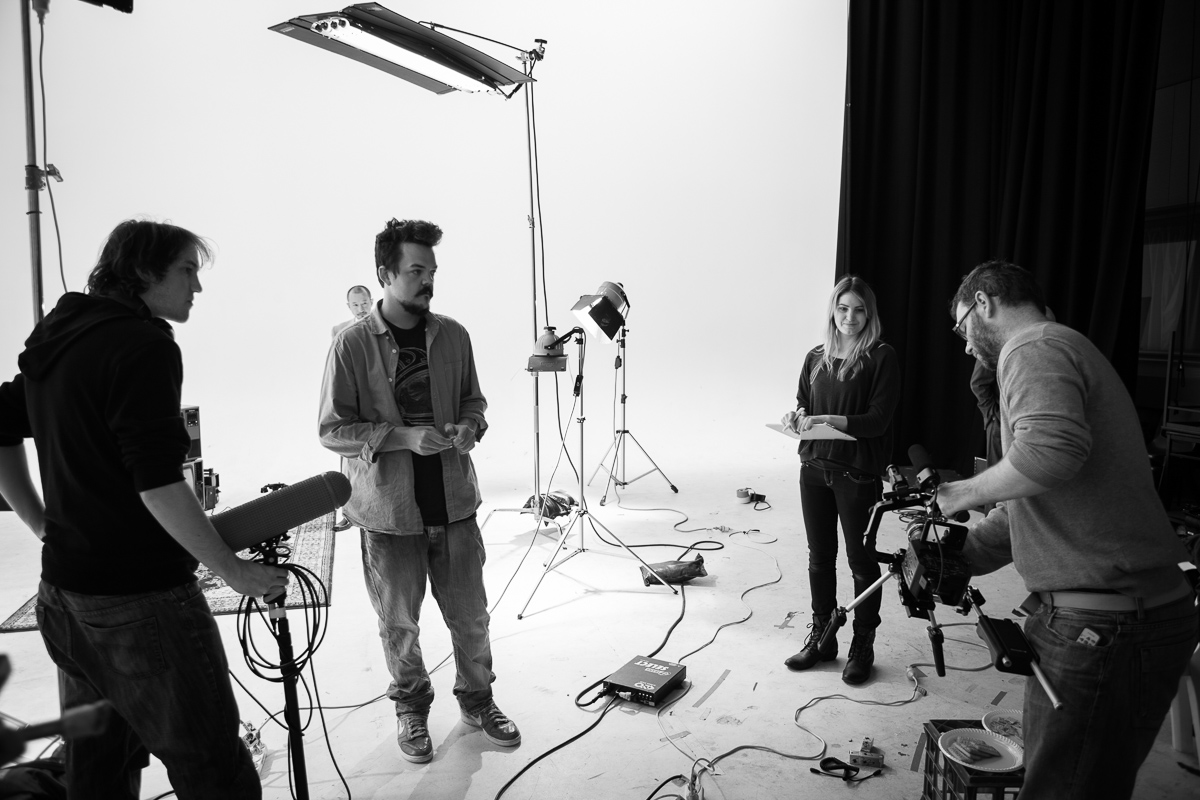 ReelGood recently got the opportunity to check out Leigh Miller’s short sci-fi flick Temporal Beyond. When we heard Miller was working on another project, we asked him to talk to us about his experiences as an independent filmmaker in Australia. Miller is in pre-production for his new science fiction short film Franky Fingers & The Apartment Upstairs. If you want to support Miller and his latest work, head to the Pozible page to check out more or ‘Like’ the Franky Fingers Facebook page to help spread the word.

When did you first become interested in film and when did you decide to pursue a career in filmmaking?

I have always been interested in film, even when my father took me to see The Hunt for Red October when I was 5 and I fell asleep. Later in life he snuck me into Three Kings which was R+.

Straight out of high school I actually tried to get into RMIT film school but didn’t get past the interview stage. I worked as a 3D artist in video games for a long time but always knew I wanted to come back to film. So when I got back from working overseas I did the foundations course at VCA and really started taking film making seriously.

What have been some of the bigger hurdles you’ve faced so far?

Unfortunately money has always been the biggest hurdle, which is a sad truth to film making. As easy as it is to get any camera and film something, if you want to create a visually interesting and engaging short that’s not just running around the backyard you need money for just about everything. Going to VCA, or any film school, is great because you get into contact with awesome film makers and build a big network of friends who can help each other out, at the end of the day though you still need to feed your crew and that costs money. Sci-fi especially incurs more costs across the board generally because of the production design and post production.

What are some inspirations in your filmmaking? What do you think makes a great film?

Every film is an inspiration, just the fact that it got made, knowing all the hours and hard work that goes into it I can appreciate it, even the terrible ones, for at least the first few minutes. Director’s Kubrick and Hitchcock have also been my biggest inspiration, as well as Terry Gilliam, especially for Franky Fingers.

It’s hard to say what makes a great film, there’s just something special about it. I can say that’s a great shot, or that’s well acted, but they’re just separate elements and a great film is more than a sum of it’s own parts, it’s an art form after all. Also spaceships and aliens, and Sam Rockwell, they make great films. 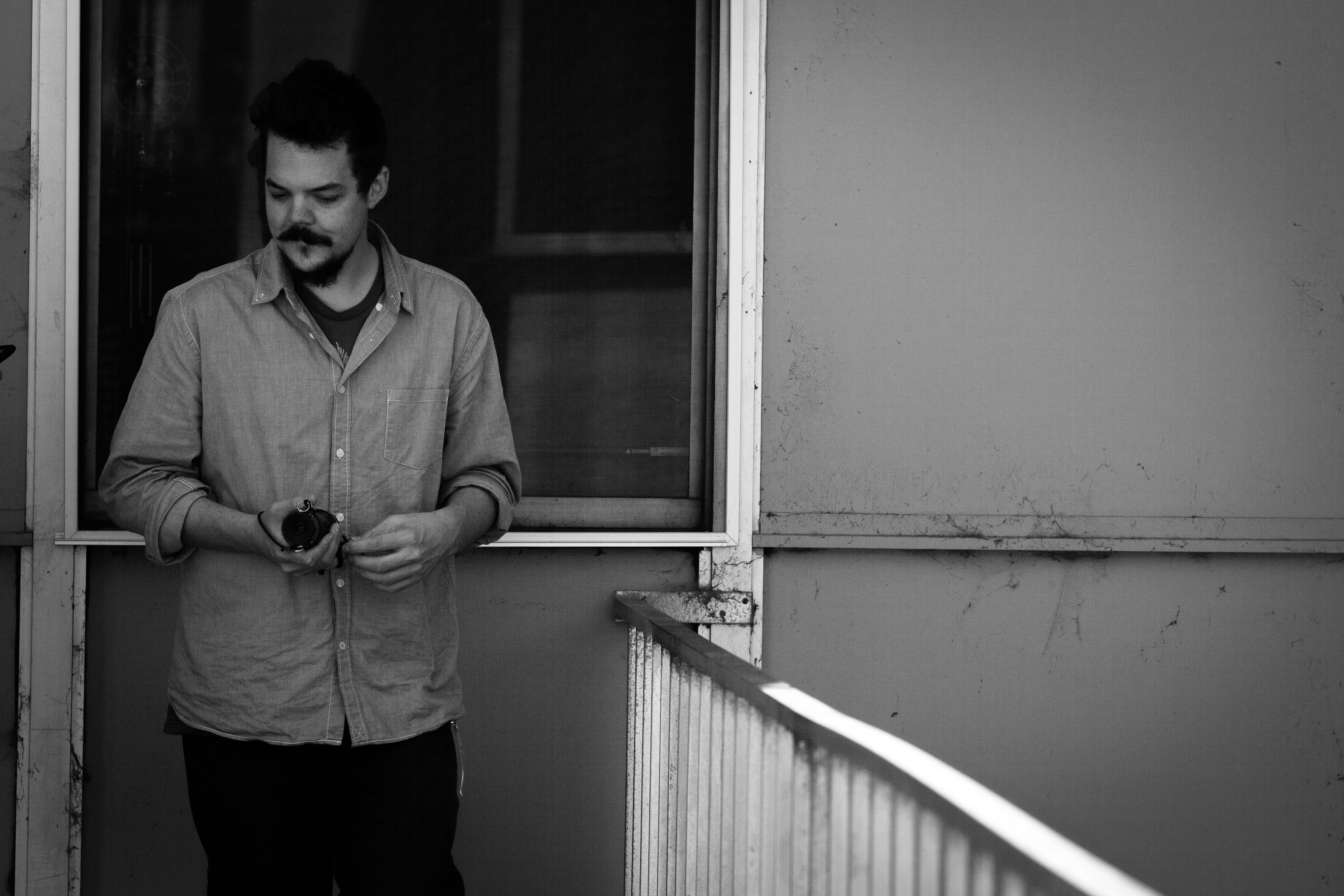 What part of the filmmaking process do you enjoy the most?

There hasn’t been a part I haven’t enjoyed, after shooting my first real short film, Temporal Beyond, all I wanted to do was keep going and make something again. Writing and Editing are always great, these are the times when it’s just you and your imagination, you can sit back after a shoot and create something new again.

This is my first time with a Pozible campaign and I’m finding that stressful, I enjoy being able to get the film out there and update the Facebook page, Pozible is a good excuse to share what you’re doing and hopefully generate some interest and support.

What do you think is the most important element of a successful film?

What makes film interesting is there is no one element; You need a great story, but if it’s not well acted then it falls short. If it’s not well shot, then it all comes apart, it is a visual medium, but if the audio’s bad then that’s no good either. It takes every department doing an awesome and creative job to bring a film together. That’s were directing comes into it, helping these talented people to achieve what they need to bring the film together, in the end though the director is just one of those parts, who gets their name at the front. I like the start of Cloudy With A Chance Of Meatballs it fades in saying “A film made by a lot of people”.

It’s hard to describe what’s so interesting about science fiction. Certainly an element of escapism. Part of it is keeping myself interested in the project, when I write I don’t like to be restrained by anything, and writing in a sci-fi world frees me up to do that. I’ve written stories that have no obvious sci-fi elements in them, but in my head it’s set in that kind of world because if I wanted I could take it in any direction. Sci-fi isn’t a genre to me, it’s another category of it’s own, in film you have genres, comedies, horror, actions, etc you have all the same categories mirrored in sci-fi. 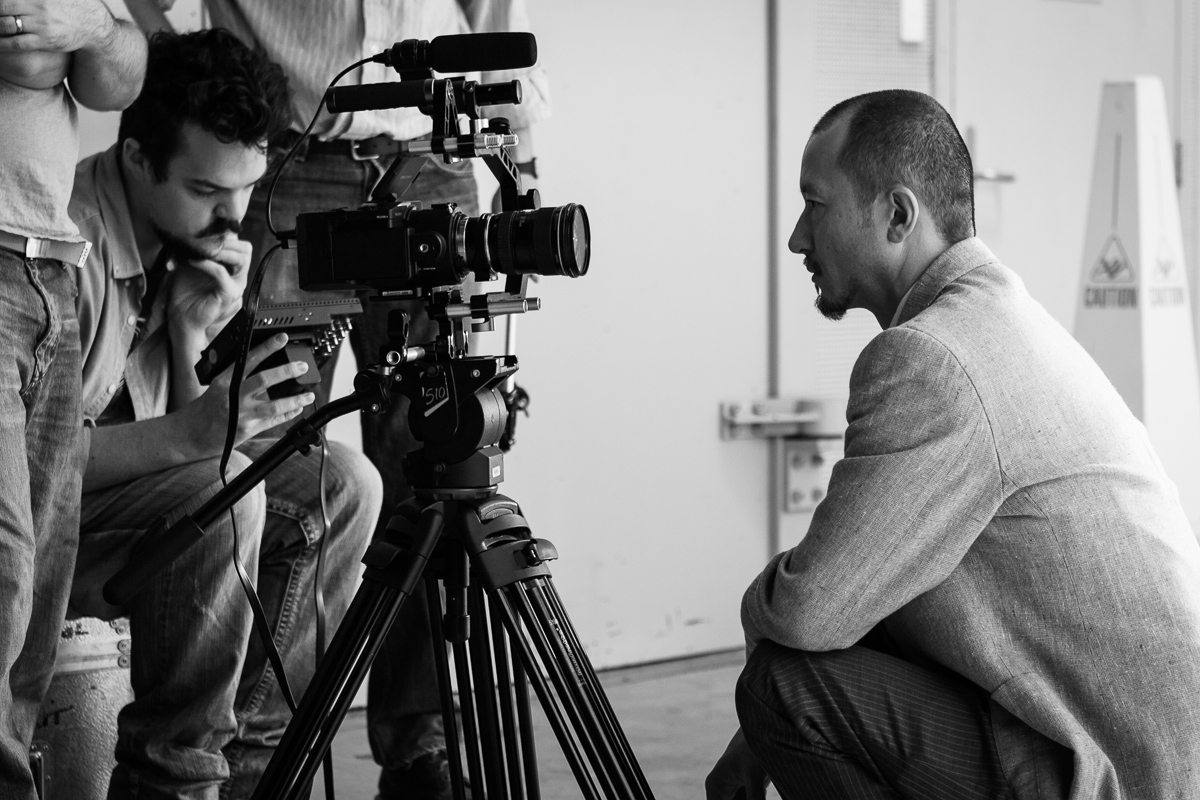 Do you think the rise of social media and also the rise of crowdfunding sites like Pozible have impacted the independent filmmaking industry?

That and technology has impacted independent filmmaking definitely. Anyone can shoot a film and edit it at home, which is great. But it also brings out a lot of junk, we’re a bit lazier now and will shoot and ask questions later. Through VCA I’ve worked on a few shorts that were shot on 16mm, it’s the best discipline to learn for a film maker, just being on a crew where every shot needs to be properly thought out or else you risk the film itself.

We’re right in the middle of our Pozible campaign so it’s hard to tell how it will impact our film, we certainly went into it hopeful and have seen other campaigns before us succeed. Facebook and Twitter have been instrumental in getting the word out, and blogs like ReelGood help even more and bring another level of interest. We’re also going on Sin Radio on Tuesday morning to promote the film.

Franky Fingers is our current focus, we’re running Pozible, and heavily in pre-production with our production designer and talking character with our actors. Once post is done it will be another journey in film festival land. But beyond that I’ve written a few more stories that I’ll write scripts for and start the process all over again.

I think it’s easy to watch a film and think I want to make films, I certainly did that when I was younger then tried to get into RMIT, without having any idea of what actually goes into making a film. Many years later now I’m glad I didn’t get into film school, I got to work in a completely different, but creative, industry and travel. This has set me up far better to start telling my own stories and really figure what I want to do. Filmmakers don’t retire, they die on set.

Crew on everything and anything, that will give you a great idea early on if it’s something you really want to do. It will also show you what areas you enjoy and want to focus in on. Have a focus, If i said ‘I’ll do anything on set’ they’ll never remember me when it comes time to filling crew roles, and you really don’t want to do anything on set, you want to do what you’re interested in. If I say I’m really interested in camera department, or art department, then when an opportunity arises I’m more likely be thought of when asked “Who do we want for camera?”