When Actors Fall Down. 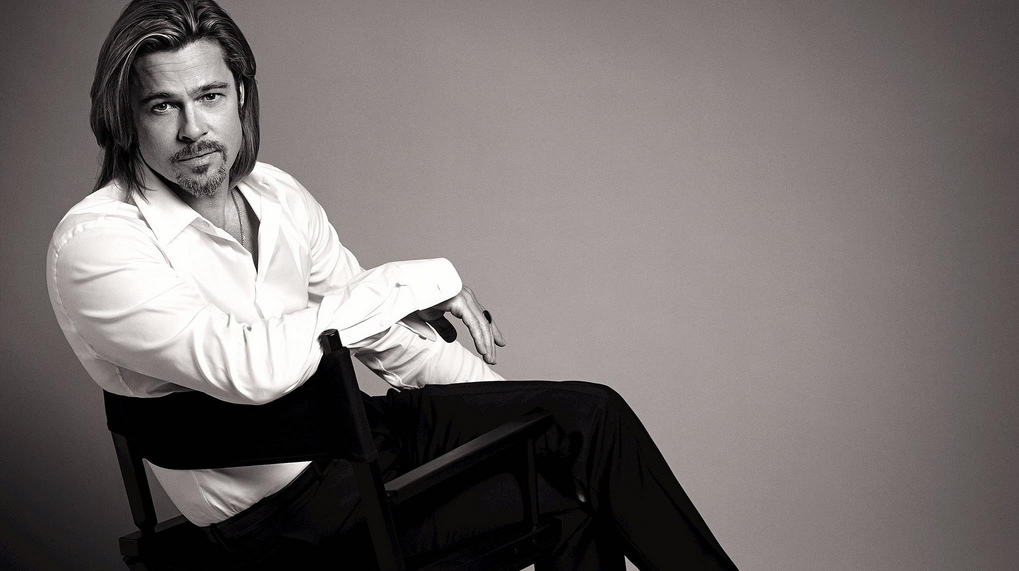 Channing Tatum Penis Burn on the Set of The Eagle

In an incident that could have potentially made the filming of Magic Mike somewhat uncomfortable, Channing Tatum’s penis suffered reasonably severe burns on the set of Kevin Macdonald’s The Eagle. Tatum, who’d suffered trudging through the freezing cold rivers in the Scottish Highlands as part of his role as Roman officer Marcus Aquila, learned what film set hardship really was after his private parts were scolded with boiling hot water. ‘I heard the screams and thought he was joking.’ Macdonald commented on the unfortunate incident later, ‘and it took me five minutes to pay any attention.’ The accident occurred as a result of the method that the actors on set had developed to relieve themselves against the icy river water and relentlessly frosty weather. Between takes, production assistants would pour boiling water from a kettle mixed with cold river water down the wetsuits that the actors wore under their Roman garb. On this particular occasion however, the assistant forgot to add the river water.

Tatum tried to rip the wetsuit away from his body, an act of desperation that ultimately forced the boiling water further toward his manhood. ‘The pain…you just can’t understand.’ Tatum confessed. ‘I don’t even know how to explain it. It was suffocating.’ He was rushed to the nearest hospital, which was over an hour away, all the while nursing his crotch with an ice pack that was rapidly losing its chill. Morphine eventually managed to reduce the pain, but not the embarrassment of having a group of grown men staring at his shrivelled, burned penis. ‘I’m good….now.’ says Tatum. ‘Now my penis is fantastic! One hundred percent recovered. Put me back in the game, Coach!’

Martin Sheen Heart Attack on the Set of Apocalypse Now

‘Even if he dies, he’s not dead until I say so.’ Coppola warned alarmed studio executives on hearing the news of Martin Sheen’s heart attack on the set of Apocalypse Now. From the very first, Coppola battled with the decision of who to cast in the key part of Captain Willard, the officer who ventures into the heart of darkness in search of the mad Colonel Kurtz. The role was shunned by the Hollywood elite; Robert Redford, Jack Nicholson, Steve McQueen and Al Pacino – the latter of who essentially owed his stardom to Coppola taking a chance on him on The Godfather – all turned down the dreary prospect of spending four months in a remote jungle. Coppola turned to Harvey Keitel, a respected albeit less prestigious actor who’d worked with Coppola’s friend Martin Scorsese on Who’s That Knocking At My Door, Mean Streets and Taxi Driver, and filming began in the Philippines.

One look at the early rushes confirmed Coppola’s fears – Keitel simply didn’t have the presence for such a pivotal role. In his desperation, Coppola hired the lesser-known Sheen, flying him in on a private plane to a monsoonal jungle, unaware of the young actors personal issues and severe alcoholism. In the scene in which Willard has a violent mental breakdown, Sheen himself was performing after a 24-hour bender, and was hardly able to stand. The actor was so drunk he smashed a mirror with his fist, not realising his hand had begun streaming blood. Shortly afterwards, Sheen collapsed with a heart attack, despite being only 36 years old, and was found crawling along a road looking for help.

Harrison Ford’s injury on the Set of Star Wars: The Force Awakens

Star Wars fanatics the world over gave a collective gasp of apprehension early in 2014 when it was revealed that Harrison Ford had suffered a severe ankle injury on the set of the upcoming Star Wars sequel, The Force Awakens. Ford reportedly sustaining the injury on the Pinewood Studios set of the Millennium Falcon, although no word was released as to whether Ford cried ‘No reward is worth this!’ as he was being rushed to hospital by concerned paramedics. As wonderful as it would have been to report that Ford’s injury was the result of some sophisticated, death-defying stunt, by all accounts the grievance was caused by a faulty hydraulic door that simply fell on the ageing movie star. Ford, who was reprising his legendary role as interstellar smuggler Han Solo for the J.J. Abrams directed sequel, underwent surgery and was out of action for months, delaying production somewhat significantly, but thankfully not enough to prevent the onslaught of lightsabers and intergalactic conflict this coming December. Filming with Harrison resumed in August, once the actor was recovered and ready to go.

Star Wars newcomer Oscar Isaac recently revealed that Ford is back in action, the force still very much with him, proof that it takes more than a malfunctioning spaceship door to keep old Han down. ‘Harrison is back. He went on hiatus for a little while, but he’s 150 per cent back.” Isaac told press before perhaps unintentionally implying that Ford’s injury was a good thing by adding, “It’s pretty amazing to see him bounce back. He looks incredible.’

No stranger to on set injuries, Brad Pitt broke his arm during production of David Fincher’s grim thriller Seven. Pitt sustained the injury during the filming of the scene in which his character Det. Mills chases the murderous John Doe through the rain soaked back alleys of Fincher’s unidentified city, slipping through the windshield of a car and severing a number of muscles in his right hand. ‘He wasn’t supposed to break his arm.’ Producer Arnold Kopelson said in an overwhelming show of sympathy. ‘but that’s what we’ve done. We worked his injury into the story line.’

In another instance, and one of the more curious coincidences in the canon of film set injuries, Brad Pitt tore his Achilles tendon on the set of Wolfgang Peterson’s 2004 epic Troy. For the uninitiated, the Achilles tendon is the thick tendon at the back of your ankle that connects the heel to the calf. It was named after the demi-god hero in Greek mythology. According to the legend, it was the only area of Achilles’ body that was vulnerable to injury.

Pitt, who plays Achilles’ in Peterson’s extraordinarily loose adaptation of Homer’s ‘The Iliad’, was filming a scene in which Achilles’ faces off against the Trojan warrior Hector, which appears around three-quarters of the way through the film. While performing a tricky jump, culminating in a strike against Hector’s raised shield, Pitt landed awkward and injured his lower leg – more specifically his Achilles tendon. ‘Great for the scene, terrible for the movie,’ Petersen commented in another example of Hollywood empathy. ‘Brad was hobbling around for months and we had to come back later to finish the last scene.’

Leonardo DiCaprio Cutting His Hand on the Set of Django Unchained

The set of Quentin Tarantino’s Django Unchained was often, perhaps somewhat understandably considering the subject matter, severe and uncomfortable. Kerry Washington, who played the wife of the eponymous hero, has mentioned on a number of occasions that her time filming in the ‘hot box’ – a metal sauna, the size of a coffin, built into the ground – covered in centipedes and worms, left her shaken and concerned for her sanity. “I had nightmares about it,” Washington said. “I was feeling trapped.”

But the most notorious on set incident came about as a result of Leonardo DiCaprio’s artistic commitment in the face of adversity. For a scene in which DiCaprio’s malevolent Calvin Candie confronts Django and Dr. King Schultz about the genuine intentions of their visit to his estate, during a particularly intense take, DiCaprio brought his hand down on the dinner table in anger only to discover there was a wine glass in the spot he’d chosen to hit. The glass disintegrated under the weight of his hand, cutting into the actor’s skin. Not wanting to waste the climatic tension, DiCaprio soldiered on through the scene, even using his bloodied hand to grab Washington by the face.

“My hand started really pouring blood all over the table,” says DiCaprio. “Maybe they thought it was done with special effects. I wanted to keep going. It was more interesting to watch Quentin’s and Jamie’s reaction off-camera than to look at my hand.” After the take, the room erupted in a standing ovation. “We did it bloodied and bandaged for the rest of the movie. “says DiCaprio. “I’m glad Quentin kept it in.”

Mel Gibon’s The Passion of the Christ was controversial for a flood of reasons. Many objectors took umbrage with the severity of the representation of Jesus Christ’s final hours while others felt that such a sacred happening should never have been committed to film.

Jim Caviezel, the actor who played Jesus in Gibson’s phenomenally successful film, described the production experience as something that would stay with the cast and crew for the rest of their lives. One of the actors working on the film, who played one of the guards that beat Jesus, was a Muslim but converted during his time on set. A handful of outlandishly freak accidents befell the crew over the course of production. Caviezel himself was struck by lightening while filming in a remote location just outside of Rome. “I was lit up like a Christmas tree!” Caviezel said of the incident. “I was doing the Sermon on the Mount. I knew it was going to hit me about four seconds before it happened. I thought ‘I’m going to get hit.’ And then it happened. I saw the extras grab the ground.”

The same bolt also struck assistant director Jan Michelini, although neither man was badly hurt. Curiously enough, Michelini had in fact been struck by lightening before, while the production was filming in Matera, Italy. Luckily for Gibson and any ultra-violent religious cinema aficionados, none of these incidents set him back financially as The Passion of The Christ went on to become the highest grossing R-rated film in United States history as well as the highest grossing non-English-language film of all time, setting up Gibson for an eternity of champagne and caviar.