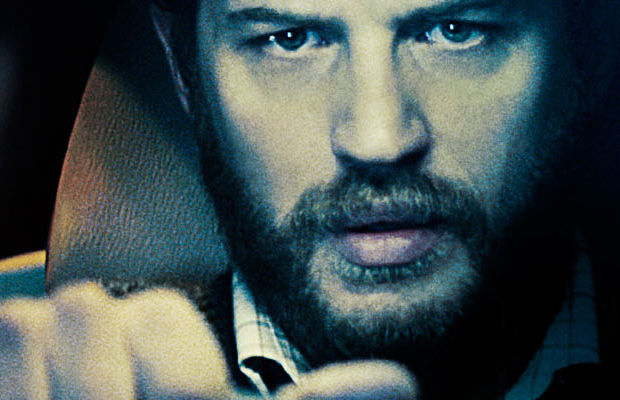 There’s such a sense of intimacy to the way in which the protagonist in Steven Knight’s Locke is portrayed that perhaps the film might have worked even better as a one-person theatre production. Over the course of Locke‘s 82-minute running time we are only introduced in person to one character; construction foreman Ivan Locke (Tom Hardy). All the other players, including Locke’s wife Katrina (Ruth Wilson), his son Eddie (Tom Holland) and his colleague Donal (Andrew Scott), we become acquainted with by way of conversations that Locke has through the loudspeaker phone in his car. Locke’s integrity is the concern of Knight’s film. It works well on film, but the immediate nature of theatre might have been an even more appropriate way of exploring Locke’s journey.

The entire film takes place during a drive from Birmingham to London. Locke, a usually stoically ethical and conscientious man, is reaping the consequences of an uncharacteristic one night stand seven months prior. Locke’s infidelity has led to an almost stranger going into labour with his baby. He heads to London, where the birth is taking place, leaving his job on the eve of a vital concrete pour, forced to explain the situation to his wife of fifteen years over the phone.

Is one significant mistake enough to condemn an otherwise good man? Locke finds his entire life begin to disintegrate over the course of his journey. We know nothing of the man he was before he begins his drive, but the Locke gradually becomes driven beyond emotions. He doesn’t plead his case to his employers and his family. Rather, Locke rationalises his situation, when sentiment may have fared him better. During a number of imagined discussions with his dead father, Locke reveals his disgust at the irresponsibility of his ancestors and his desire to amend his name, but his own extreme resolve may direct him toward a similarly solitary existence. His calm voice belies the evident anguish, but his wife isn’t there to see that.

Tom Hardy has a commanding film presence, a quality that has been gradually established not just in this film, but over the course of his career. Consider his work as Bane in Christopher Nolan’s The Dark Knight Rises, in which Hardy was robbed of half of his facial expressions and yet nonetheless managed to occupy the film in such an imposing way that his performance dwarfed Gotham City itself. This magnetic quality of Hardy’s is integral to the success of Locke, since our eyes are on him for almost the film’s entirety. There’s a curious lyricism to Hardy’s voice that is concurrently very pleasant to listen to and somewhat distracting. Locke’s distinctive Welsh accent isn’t necessarily poorly executed, but it’s so idiosyncratic and so dissimilar to Hardy’s own voice that at times it has a detaching effect.

Locke is hurtling down a highway towards a destination that he may not be able to recover from. Knight’s film surrounds a man who balances an ambiguous line between sympathetic and unsympathetic. In many ways, this allows the audience to appreciate Locke’s situation passively. Locke tries to do the same, but there’s a reservoir of feeling beneath the man that we’re never privy to, but always aware of, that doesn’t seem to be able to.