"Extra Ordinary is sweet and a lot of fun."

"...this is a movie about nice people trying to figure out their lives, capturing the general hopelessness of that while remaining positive."

Take a supernatural comedy, set it in a small Irish town, and sprinkle in a Saturday Night Live alum and an Australian comedic actress. What do you get? Either something extraordinary or just Extra Ordinary, the debut feature from Irish filmmakers Enda Loughman and Mike Ahern. The comedy about (mostly) friendly ghosts was deemed a perfect midnight movie at this year’s MIFF, as it played at 11:30 on the festival’s first Friday before an encore on its middle Saturday, at the less bewitching hour of 9 p.m.

Irish comic Maeve Higgins plays a woman called Rose who works as a driving instructor in her little Irish hamlet, but most of the calls she gets are not about the finer points of parallel parking. She’d had a past career as a medium who can speak to and wrangle restless spirits, some of whom try to get her attention to this day by waving at her with inanimate objects, and other relatively harmless bits of spectral whimsy. Seems that most people in this town want her to expunge their home of some kind of spirit, but she won’t do that anymore due to a tragic mishap when her father, a TV medium, channelled the spirit of a dog that was in the path of a lorry. 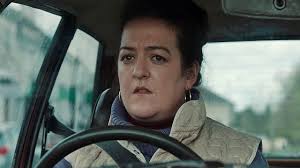 One particular dad (Barry Ward) is desperate, though. Martin Martin’s teenage daughter has been placed in a spell that causes her to float a couple meters above her bed. Though he doesn’t know it, it’s the work of an American expatriate (Will Forte), the singer Christian Winter, who had a lone hit song that made him famous. He’s living in a nearby castle but hasn’t had a hit in years. (They call him “One Hit Winter.”) However, he’s got a deal with the devil in the works to sacrifice a virgin and get back on top of the music world. She’s the virgin … or so her dad thinks, anyway. Dad’s not entirely surprised by the supernatural occurrence, as his own deceased wife haunts their house, leaving him posthumous messages about being sure to pay his auto tax.

Extra Ordinary is sweet and a lot of fun. Its Irish sensibilities make it a real joy, especially as embodied by Higgins in a delightful central turn, and Ward as the dad who has to take on a variety of different roles as part of the story. The film feels a bit like something that might have emerged from New Zealand, as the self-effacing humour and local colour have a similar aspect to them.

As in something like What We Do in the Shadows, Loughman and Ahern have a good command of their tone as well as their special effects, allowing for something that exceeds a seemingly modest budget while also giving us imagery that might be genuinely disturbing under different circumstances. But make no mistake, they’ve set out to make a comedy, not a horror movie, and Extra Ordinary is funny from start to finish.

Surprisingly, the funny parts don’t involve either of the two foreign imports, or at least not to the extent you would expect. Forte has carved out a hilarious niche in the comedy landscape since leaving SNL, but that niche doesn’t necessarily mesh with the dominant comedic mode of this film. Forte is funny sometimes just because Forte is naturally funny, but he feels a bit like he’s in a different movie. 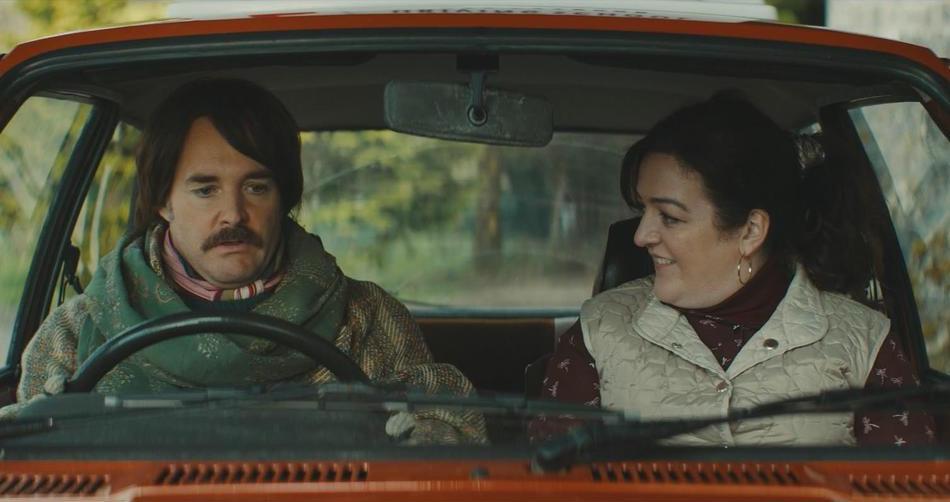 The same is true for Australian actress Claudia O’Doherty, star of the Netflix series Love. She’s a bit miscast as Forte’s girlfriend, who basically has to act like she’s jack of it in every single scene. That’s not a great use of her talents, which are on better display as the eccentric optimist Bertie Bauer in Love. Their inclusion in the cast is by no means fatal to the charm of Extra Ordinary, but it does diminish it.

Fortunately, there’s a lot to go around. With the exceptions noted above, this is a movie about nice people trying to figure out their lives, capturing the general hopelessness of that while remaining positive. That may sound a bit wet, but it’s only wet with ectoplasm, a substance that factors into the proceedings more than any film since Ghostbusters. In fact when Martin mentions Ghostbusters by name, Rose replies, “Oh, I haven’t read it!” Innocence like that can’t be faked, and a movie that makes you believe it is extraordinary indeed.