"Like movie characters 50 years younger than them, they are just fumbling through life."

"Johns and Steadman really sell their characters, which is essential given how much time we spend with them."

Senior citizens can’t catch a break, in life or at the movies. In life, their youngers are trying to put them out to pasture, no longer considering them viable players in culture or the workforce, while COVID-19 is busy trying to kill them. At the movies, they’re relegated to the margins, rarely fronting their own movies, rarely operating in any capacity greater than somebody’s loveable mum or dad. And if they do front their own movies, it’s sure to be a snoozefest, right? 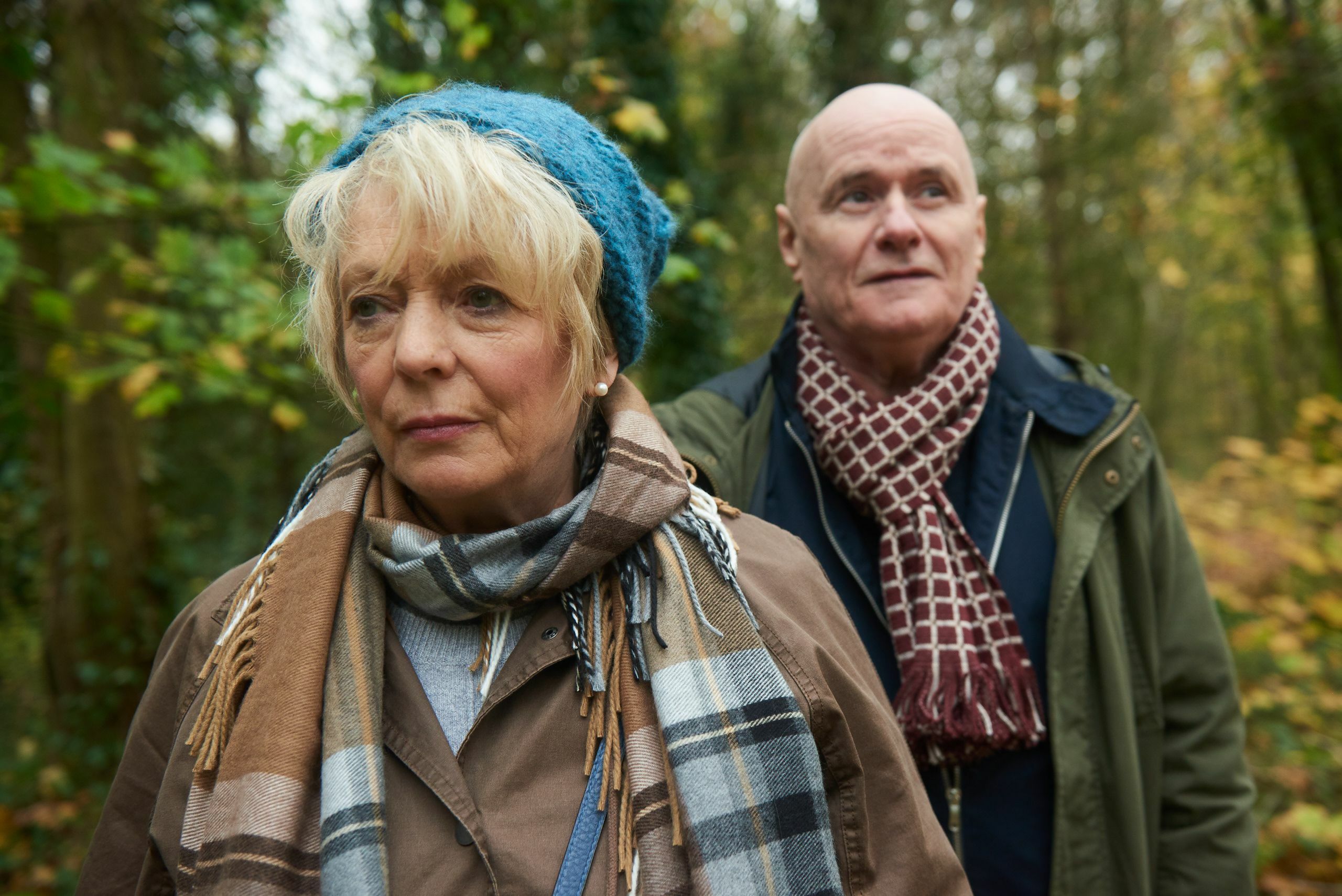 Paul Morrison’s 23 Walks starts out supporting this argument well enough. As the characters Dave (Dave Johns) and Fern (Alison Steadman) gradually get to know each other over a series of walks of their dogs – his a German Shepherd, hers a Yorkshire Terrier – it seems like the epitome of light, easily dismissible fare suited only to viewers who are older than the characters. To heighten the sense of featherweight artificiality that is building momentum by the minute, they don’t even learn each others’ first names until something like the fifth walk.

Stick with 23 Walks, though, because there are 18 more to go, and a number of unexpected twists and turns on the horizon. In fact, as we develop a greater understanding of these sixtysomethings, we learn they have more in common with teenagers than we ever would have guessed. Like movie characters 50 years younger than them, they are just fumbling through life, trying to maximise their opportunities and minimise their mistakes, in the finite time available to us all.

The dogs do define Dave and Fern, in a way. Dave’s gregarious and friendly, and the fact that he lets Tillie off her lead is an extension of both his sociability and hers. Fern’s Henry likes to make aggressive yipping sounds, which kind of mirror his owner’s sharp reaction to seeing the bigger dog loose and roaming. Things don’t get off to a good start between Dave and Fern.

Yet they keep running into each other in greater London’s dog runs, and keep opening the door to each other, a little at a time. They are evidently eager for a connection, but they’ve both got things holding them back – for Dave, sorrow over the passing of his wife, and for Fern, her second husband recently leaving her for his secretary. (So, 23 Walks is not entirely above clichés.) Of course, those are only the details they’re willing to expose. There is other information they’re keeping close to the vest, because when you’ve got a new suitor, you want to present your best selves – even if it means engaging in deception that might come back to haunt you. 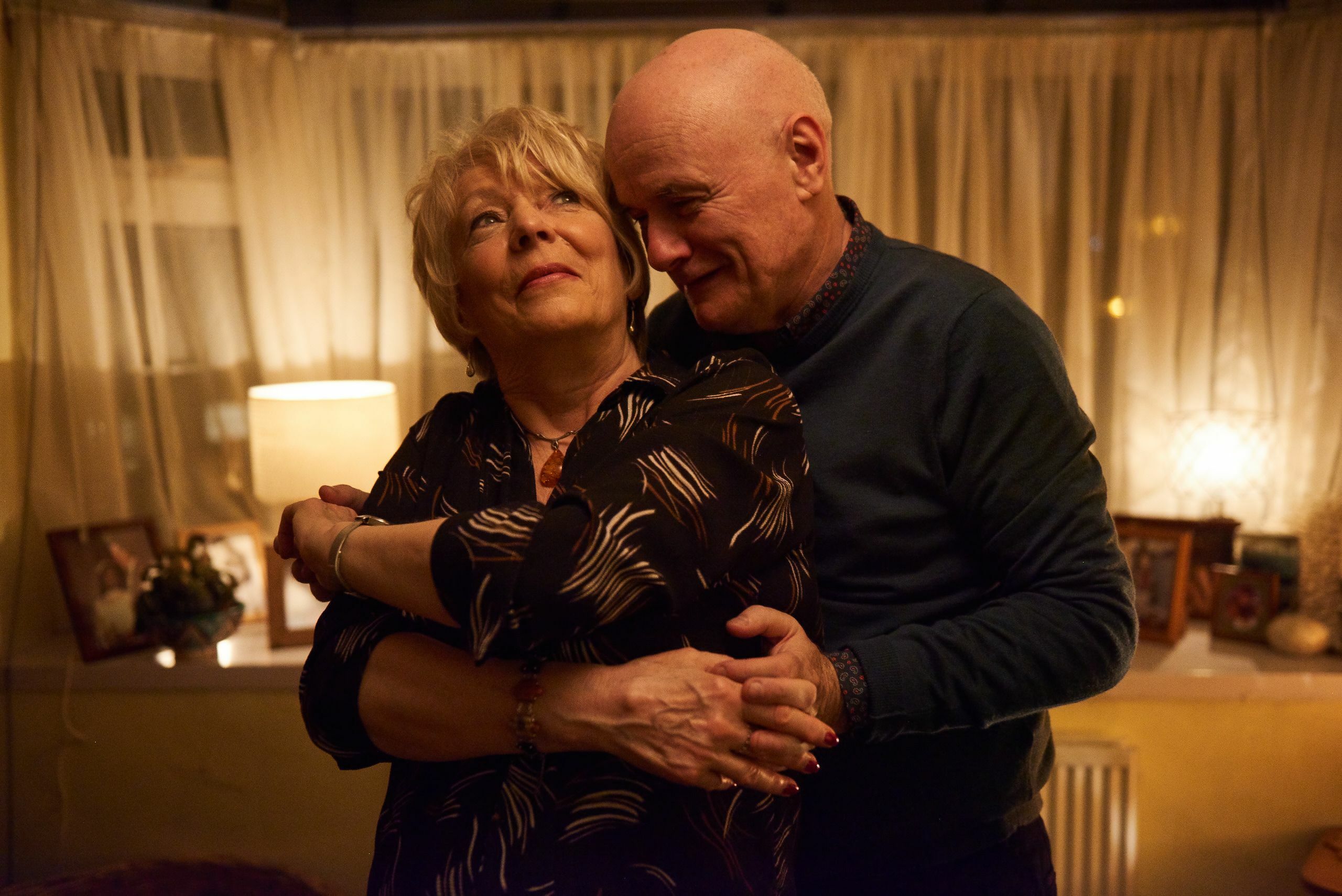 To say that 23 Walks is more than a simplistic little geriatric love story is not to suggest that it is edgy. Writer-director Morrison is still delivering the type of movie that his core demographic typically gravitates toward. But the more time we spend with Fern and Dave, the more we recognise that theirs is not just some cheery little romance destined to end happily. They are both beset with problems. Dave’s dog has a tumour, and council wants to move him out of the house he’s lived in for decades because he can no longer pay the rent. Fern also has to move because her ex-husband is selling their house, which just complicates her feelings of rejection over his recent betrayal.

Johns and Steadman really sell their characters, which is essential given how much time we spend with them. There are side characters, but they really are just that – the character with the third most speaking lines probably has no more than five or ten. So the way they perform their different types of fragility – his eager, hers wary – is key to keeping us interested and invested. There are times when 23 Walks ambles along too slowly, and you wonder how it’s still got an hour to go. Then we’re treated to the full spectrum of their lives’ concerns and complications, and we might welcome an additional hour beyond that.

We should welcome the existence of 23 Walks, full stop. As cinema finds itself facing unprecedented challenges to its sustainability under COVID-19, movies like 23 Walks could be the first to go. Or, by relying on only a few characters and a small budget, they could thrive. If thrive they do, this one provides a good road map for how to go forward.

23 Walks opens today in Australian cinemas, with Victoria to follow at a later date.