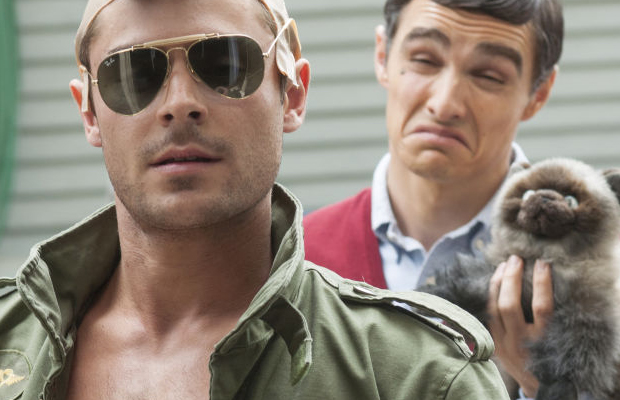 Should comedy be judged on how many times you laugh? If so then Nicholas Stoller’s new film Bad Neighbours (just Neighbors abroad) is a poor example of the genre. There’s some powerfully funny talent behind the film, including the makers of the very entertaining Superbad, but there’s something distinctly weary about Bad Neighbours. Superbad is perhaps the best of the films made during the ongoing wave of comedies spawned by Judd Apatow’s success with films The 40 Year-old Virgin and Knocked Up. The rest have been met with various degrees of success, creatively, critically and financially. Bad Neighbours sits toward the bottom end of the spectrum.

There has been a consistent tone to many of these high profile comedies over the past decade or so, but the best of them have always felt fresh. Superbad was remarkably insightful about adolescence, and found ways of exploiting that humorously. Bad Neighbours could almost be a collection of greatest hits of the Apatow-inspired comedy if it didn’t also recycle some of the poorer jokes of the catalogue. There’s certainly a sense of desperation to some of the film, perhaps because the filmmakers knew we’ve seen it all before. There’s only so many times we can laugh at Seth Rogan smoking weed.

Mac (Seth Rogan) and Kelly (Rose Byrne) are recent parents adjusting to their new responsibilities. There’s a part of them that doesn’t want to let go of their old party lifestyle. After some encouragement from a festive friend, they almost considering taking their newborn baby Stella to a rave. When a fraternity moves into the house next door, Mac and Kelly initially try to embrace relentless celebrations before realising that they can’t maintain a healthy lifestyle and raise a baby with the perpetual noise generated by their neighbours. At a loss, Mac and Kelly enter into an war of attrition with fraternity president Teddy (Zac Efron), who’s unwilling to compromise on the parties, hellbent on cementing his position in the fraternity’s history. 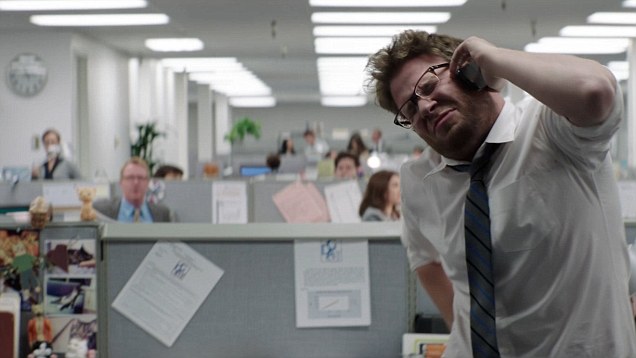 Zac Efron is a far better performer than he’s ever really been given credit for and his charisma is what holds much the attention in Bad Neighbours. There’s a nice relationship established between Teddy and his fraternity brothers that makes it impossible for us to hate him, despite the complete lack of consideration Teddy shows for his neighbours. James Franco as the fraternity’s vice president Pete is also good, and gets the closest out of anyone to generating real humour. The friendship between Teddy and Pete is nicely handled, although it’s not very funny, which is only a problem because the film is meant to be a comedy.

Rogan and Byrne are likeable enough, but there’s such a self-consciousness to their performances that we can feel them trying to be funny. If there’s a certain lack of inspiration then it might be time to pump the breaks, rather than generate more content, which is what Rogan and co. seem to be doing. The real problem with Bad Neighbours is how fastidiously it hits the beats set by its predecessors. There are some whacky best friends, disgusting body humour, heaps of references to weed (which by the way, is not an inherently funny thing), people yelling about what just happened, which apparently is supposed to increase the humour. It’s all very safe, which basically means that it’s all quite boring. It’s actually appalling how few truly good comedies are released. The problem with Bad Neighbours is it doesn’t even seem to be trying to distinguish itself. It’s certainly watchable, but for a comedy it doesn’t generate any decent laughs.