Greener on the other side. 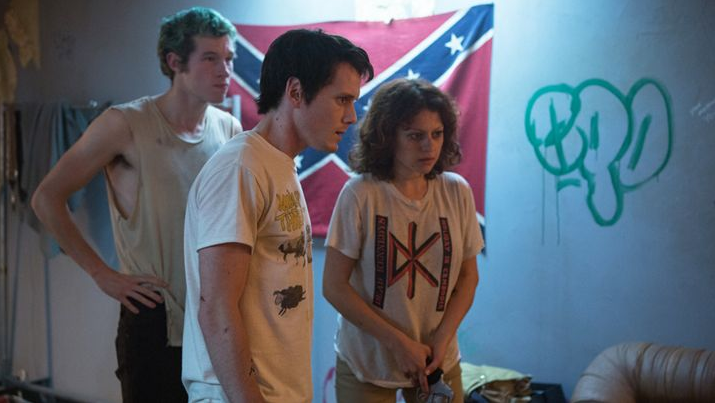 If Quentin Tarantino had come of age cinematically about two decades later than he did – or had different influences than samurai films and Sergio Leone westerns – he might have made a movie like Green Room. It’s an ultraviolent standoff between groups of unsympathetic characters in a tight space, a veritable cauldron of volatility waiting for its moment to explode. But it’s also got a running pop culture undercurrent, as characters debate what single band they would take with them to a desert island. While Green Room doesn’t have Tarantino’s sense of humour or his fetish for wordplay, it replaces those with a grimness that more firmly grounds it in the real world. Except for the times it abandons that, of course.

Word of mouth has preceded the arrival of Jeremy Saulnier’s follow-up to Blue Ruin, his regular-guy-revenge-movie that startled audiences back in 2014. Green Room opened in limited American release a month ago and played numerous festivals before that. So the high concept premise has wormed its way into the general knowledge of those anticipating it, even if the movie might better serve viewers who know less about it. The combatants in Green Room are the members of a punk band and a group of skinheads who book them for a gig, who fall at cross purposes for reasons we have no reason to spoil. Giving us a sense of the world we’ve stepped into, the two groups are introduced to each other by an amiable college-aged promoter sporting a mohawk, one of many characters in this film who fall somewhere on the spectrum from talking the talk to walking the walk. It’s certainly a world of moral relativism. While there is nothing intrinsically bad about punk musicians, they do play an angry type of music that screams anarchy and chaos. Of course, compared to the white power group that becomes their adversaries, they’re choir boys. And girls, as one band member is female, in a perhaps unexpected twist. 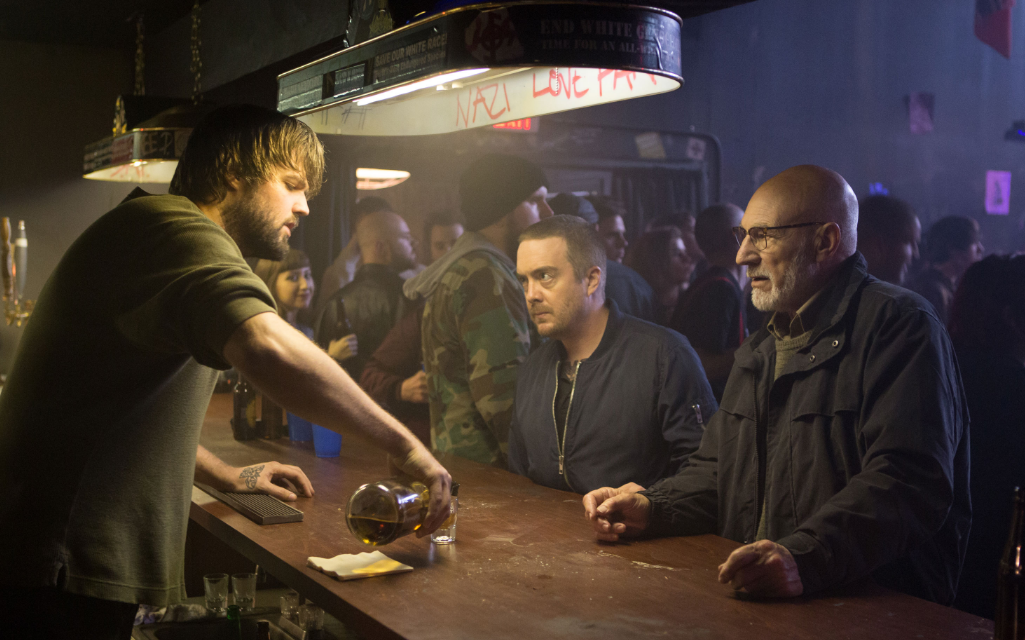 Saulnier works with a bigger-name cast than he did in Blue Ruin, as the likes of Patrick Stewart, Anton Yelchin, Imogen Poots, Alia Shawkat and Mark Webber all show up here in various degrees of recognisability. But the secret weapon in this case may be Macon Blair, the star of Blue Ruin, who is kind of the moral centre of the film in a supporting role. Green Room is, in ways, also a step toward greater conventionality than Blue Ruin, as the story takes on the structure of a slasher film, with characters just trying to survive a terrible night where threats lurk around every corner.

In terms of subject matter, though, it’s a breath of fresh air – fresh, rotten air. Neither the members of the Ain’t Rights – a terrific name for a punk band – nor their neo-Nazi hosts are characters we see very often on screen, and we aren’t exactly sure how they’ll respond to any given scenario. Both groups are characterised by a certain amount of bluster, but some of it is just that, as evidenced by the bands they ultimately name as their desert island choices when the chips are down and honesty seems more important than crafting an image. So while “punks vs. skinheads” is a kind of delightful dialectic to set up for the movie, what emerges is a bunch of individual characters, whose behaviour from one minute to the next is not so easy to telegraph. 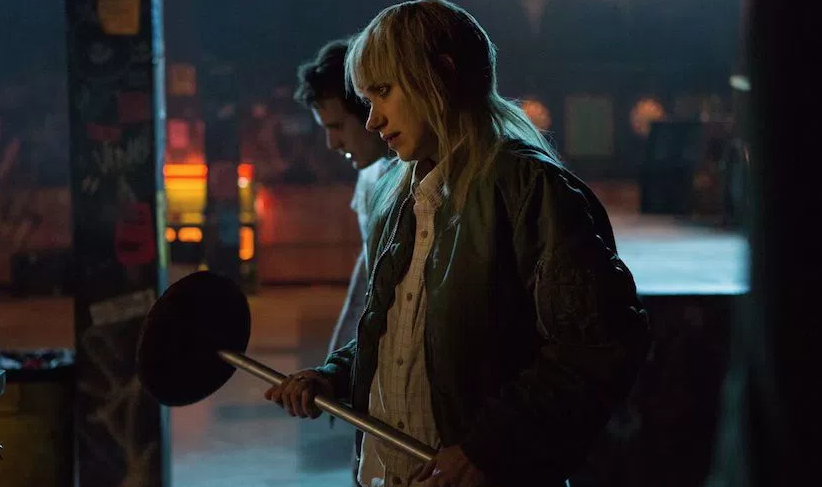 These characters are run through a queasy gauntlet of trials and power reversals indeed. This is the film’s strength, but it’s also sometimes a weakness in the sense of depending on contrivances to move the plot mechanics. While the characters are always emotionally truthful, they sometimes resemble characters in a slasher movie in terms of making dumb decisions. And this cuts both ways. There are a half-dozen times that characters on both sides of the divide do something that seems illogical, primarily because Saulnier needs these choices to bring about the next narrative development. That’s a big difference from Tarantino, where characters are always thinking three steps ahead, weighing the moves and counter moves of their opponent until everyone’s excessive cleverness becomes a pleasure in and of itself. That the characters are less clever here is another gesture toward realism, but it does sometimes strain credibility, and frustrate just a bit. You want the pieces in this wicked chess game to be lost for good reasons, but Saulnier alternates between killing certain characters off suddenly and randomly, a la George R.R. Martin in Game of Thrones, and subjecting others to an unlikely justice that seems a lot more indebted to conventional viewer satisfactions.

In a colourful career that has so far-included both a Green movie and a Blue movie, the dominant colour in Saulnier’s movies is blood red – another trait he shares with Tarantino. He’s also infused his chosen genre with a Tarantino-style excitement. Minor faults aside, Saulnier is proving himself a technician of the highest order, with a sixth sense where to set up the camera and how to frame his shots. He’s also got a knack for writing a script. Although a little refining of his craft may be necessary, many more colourful shades seem likely to await us. And we can certainly expect more of the shades of grey that have characterised his moral universe.