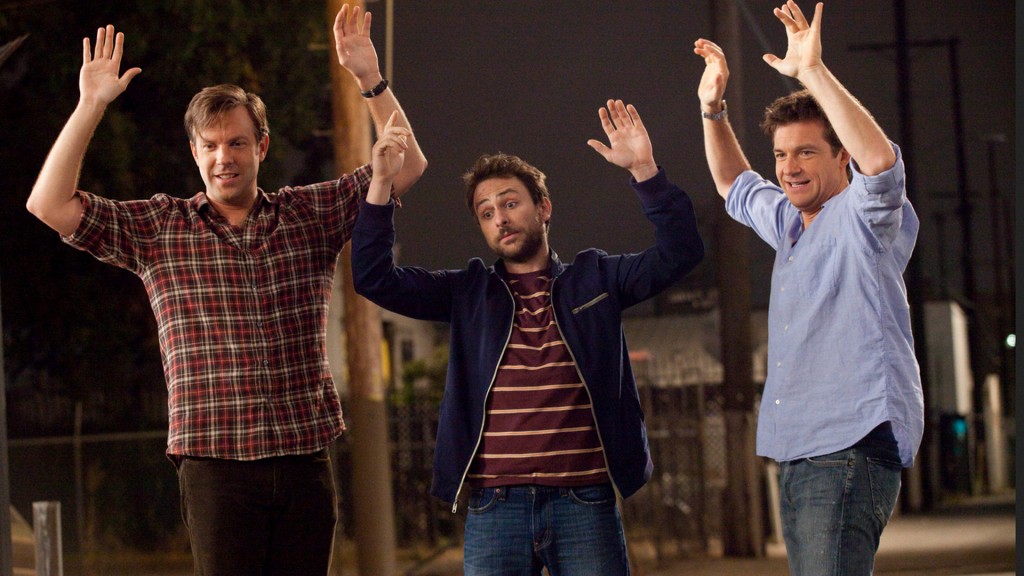 There’s the ancient notion that a sequel is never better than the original. With this in mind, consider Seth Gordon’s 2011 comedy (from this point on, any mention of comedy in this review will refer to the intended genre of the film in question rather than any comedic merit it might have) Horrible Bosses – a film with a competent premise and an unreasonably talented cast that managed to squander all of its potential by breaking the oldest rule of comedy: it just wasn’t funny. And so sequels are always worse than their predecessor (obviously not true, but for this sake of this review it is) and three years later we’re treated to Horrible Bosses 2.

Horrible Bosses 2 also isn’t funny. I could tell that my fellow audience members certainly wanted to laugh, and managed to force out a few very generous but meek chuckles, but by and large Gordon never gave us anything to laugh about. Idiots aren’t inherently funny. They can be funny, as The Three Stooges, Planes, Trains and Automobiles and the immortal Dumb and Dumber, among others, have taught us over the years, but idiocy for idiocy’s sake is just idiotic. Lt. Frank Drebin and Inspector Clouseau were idiots, but then their environments were never quite sane themselves. The world that Gordon establishes in Horrible Bosses 2 seems real enough and yet his three heroes are unrealistically stupid to a point far beyond the domain of credulity. Jason Bateman, Charlie Day and Jason Sudeikis certainly aren’t Nielsen or Sellers.

And now for an outline of the plot. Tired of answering to horrible bosses (yep), Nick (Bateman), Dale (Day) and Kurt (Sudeikis) go into business for themselves, designing a prototype for an invention called The Shower Buddy, which looks awful. Their device attracts the attention of business tycoon Bert Harrison (Christoph Waltz), who first invests in them before withdrawing his investment and callously stealing their idea. The real issue is that Nick, Dale and Kurt decided to manufacture one hundred thousand units before ever seeing a cent from Harrison – one of many poor decisions that make it difficult to empathise with their plight – and are suddenly faced with heavy debt and no legal recourse. 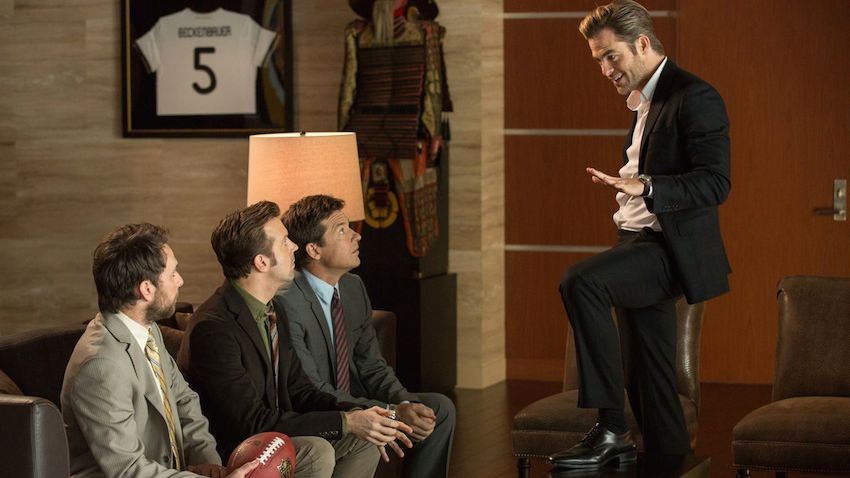 Desperate and stupid (this second point cannot be stressed enough), the three amigos decide rather rashly to kidnap Harrison’s son Rex (Chris Pine) and put him up for ransom. Their plans go awry, which is no surprise to anybody except themselves, when Harrison decides to involve the police and Rex turns out to be a far more volatile character than they anticipated. There’s opportunity for comedy that whizzes straight past everyone involved, except perhaps Chris Pine, the only actor who seems to be really enjoying themselves (Pine is also enthusiastic, funny and mercifully self-aware in the upcoming adaptation of Stephen Sondheim’s Into The Woods).

Sean Anders takes over from Gordon as director and has a filmography, including Mr. Popper’s Penguins and We’re The Millers, that might have made Thomas Edison think twice before developing the film camera. With a bit of luck there will be no Horrible Bosses 2, but if the world stays the course then there probably will be. The real clincher is that Horrible Bosses 2 isn’t even the worst comedy of the year but simply one of many poor comedies of 2014 that have been churned out with little thought to whether they really are actually funny or not. The buck has to stop somewhere and I’m almost inclined to think it’s with the high-profile performers, who should have had no compelling reason to take part in this sequel in the first place. Don’t watch Horrible Bosses 2.