"Ingrid Goes West is not exactly doing something new; it’s just doing it with exquisite shrewdness and a lot more depth..."

"It’s one of those movies whose successes are ineffable, because the raw materials are not that much different from a dozen lesser movies that fail spectacularly."

Every era has its own comedy clichés. Twenty years ago, screenwriters thought the best way to make fun of a character was via the complexity of his or her Starbucks order. Now, the shorthand for what makes a person vacuous is their excessive phone swiping and social media addiction. Predictably, then, we’ve gotten a number of films in recent years that have teased and prodded such millennial proclivities, often with shallow results. Ingrid Goes West is not exactly doing something new; it’s just doing it with exquisite shrewdness and a lot more depth, making us both laugh and think.

Although it’s decidedly 21st century in its details, Ingrid Goes West is that age-old story of the shy loner who aspires to be more glamorous and popular than she is – and stalks the person who conforms most readily to her ideals. What makes it distinctly modern is that the stalked have now given us permission to “follow” them. In fact, this common social media term gets creepily repurposed in this movie’s tagline: “She’ll follow you.” 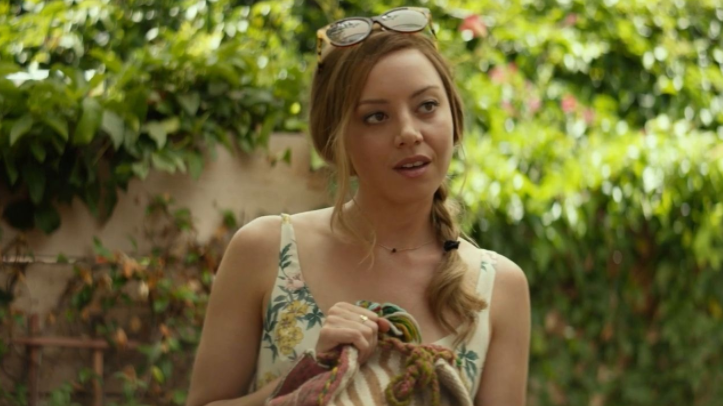 Indeed, today’s social media celebrities have invited us into their homes, their workplaces, their bathrooms, their very lives, creating at least the simulacrum of intimacy that a deranged person might misconstrue. We got a brilliant science fiction consideration of our poisonous relationship with social media in the Black Mirror episode “Nosedive,” and Ingrid Goes West is a bit like the present tense, black comedy version of a similar thing. When we define our worth based on how many other people like us – both like us and “like” us – we are headed for quite the nosedive indeed.

Ingrid (Aubrey Plaza) is already nosediving at the start of the movie that bears her name. She’s following the Instagram wedding posts of a perceived friend while sitting in a car outside the wedding, tears streaming down her hooded face. No, a hoodie is not proper wedding attire, but that’s okay because Ingrid has not been invited to this wedding. Her reaction? To storm in to the reception and mace the bride. The moment gives us a good idea what we have in store from Matt Spicer’s film, as it’s both hilarious and caustic, with unhinged violence not far from the surface. 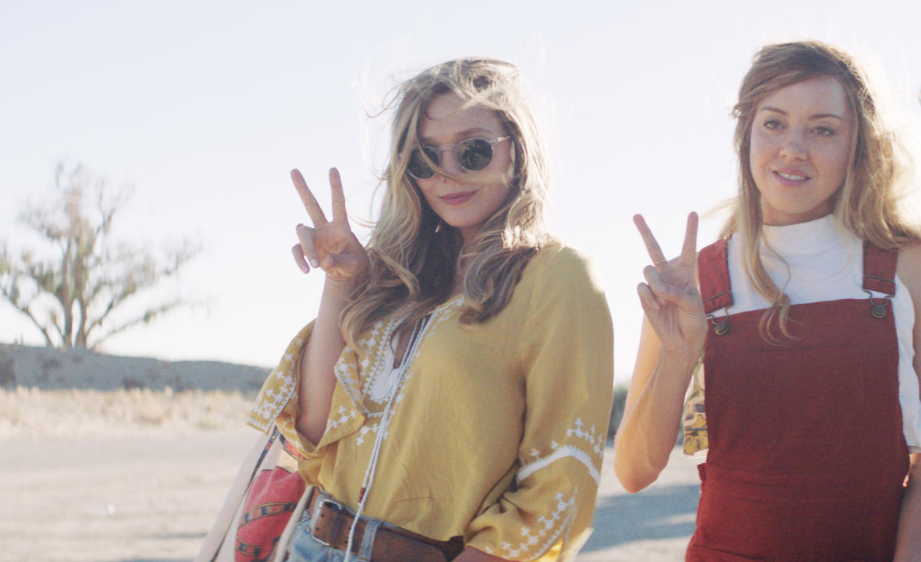 Emerging from a psychiatric ward some weeks later, Ingrid has received a $60,000 inheritance cheque from her recently deceased mother. She’s legally restrained from contacting the maced bride, but she’s found a new social media obsession: Taylor Sloane (Elizabeth Olsen), who posts snippets of her enviable Venice Beach existence on Instagram, and makes the fatal mistake of encouraging Ingrid by responding to one of her comments about a particularly appetizing-looking avocado toast lunch. Ingrid is persona non grata in her hometown; what better time to start a grand new life on the west coast and insinuate herself into the life of a new BFF? And so what if making her introduction involves stealing, and then pretending to heroically find and return, Taylor’s dog?

Both actresses are used excellently to flesh out the archetypes they play. Plaza rights the ship after a dispiriting succession of poor choices that I won’t enumerate here, because she has indeed righted the ship and probably would not appreciate me dwelling on them. She’s smartly taken a role that does not require her usual deadpan sarcasm, showing how well she can play deadpan sarcasm’s opposite: neediness that is both funny and also a little scary. Although we sympathize with Ingrid, we also know that her reactions to a world that does not care as much as she needs it to are wildly inappropriate.

Nearly the same level of complexity exists in the character of Taylor, who is in some ways the epitome of the California beach bunny fashionista who has caramel-coloured skin and hair, and a reckless thoughtlessness about the feelings of others. But neither is she quite as one-dimensional as a shallow, self-promoting social media magnate might appear on the page, and that’s due in no small part to the subtleties of Olsen’s performance. (And one wonders if she’s drawing from real-life inspiration, as her famous twin sisters – Mary-Kate and Ashley – were some of the progenitors of this type of character.)

As good as these two are, though, scenes are consistently stolen from them by their three male co-stars, each a revelation in his own different way. O’Shea Jackson Jr. plays Dan, Ingrid’s love interest, but also her landlord, a wannabe screenwriter, a Batman obsessive, a constant vaper, and the film’s moral centre. You may know him from playing his dad, Ice Cube, in Straight Outta Compton, but Jackson is capable of a lot more than that – he’s got whip-smart comic timing and calls on reservoirs of charm. I’d like to see him in every movie for the next five years. Then you have the opposite of the film’s moral centre, Taylor’s douchebag brother, played wickedly by Billy Magnusson. He’s aggressively and purposefully careless with the feelings of others, a consummate bully, but he’s also sharper than his sister in that he sees through Ingrid’s ruse. He’s one of the more precisely realised shitheads in recent film history. Last and in this case least, there’s Wyatt Russell, Kurt’s son, who plays another type of opposite – he’s the modest artist type who hates selling himself, but is somehow married to Taylor, and in the end is no less deluded than she is. 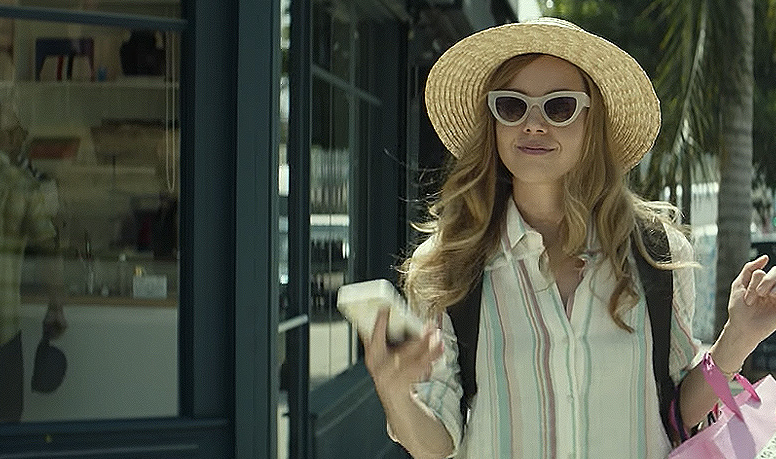 These five characters are whipped together in a delicious comic brew, one that feels unsafe and that leaves you unsure where any of this is going to go. Ingrid Goes West has some broad moments and some big gestures, and remarkably, they all work. It’s one of those movies whose successes are ineffable, because the raw materials are not that much different from a dozen lesser movies that fail spectacularly.

Yet Spicer gets every one of the details right, and what emerges is a portrait of confused and three-dimensional people who are as relatable as they are funny. Everyone seems to get a fair shake, and if they’re not redeemable, then they’re not redeemable in ways that feel organic. Their lives may exist on the flat screen of your average android phone, but as characters, they pop off it.