"Whereas Scott's film was a poem, Villeneuve's is a puzzle. "

"Certain scenes in Blade Runner 2049 may have been engaging in isolation but serve no purpose in relation to the rest of the film, suggesting that they have been included with little thought as to whether they ought to have been."

If a science fiction film ever didn’t need a sequel, it was Blade Runner. Philip K. Dick asked whether androids dream of electric sheep. Ridley Scott’s Blade Runner asked the same question, and is a science fiction masterpiece. Denis Villeneuve’s Blade Runner 2049 answers Dick’s question, and in doing so renders itself more intellectually impotent than both Dick’s novel and Scott’s film. I have had discussions in the past about whether a film belonging to a franchise ought to be judged on its own merits or whether its worth should be determined in relation to its position in that franchise. I’m inclined to believe that it is generally a combination of the two. Blade Runner 2049 must be observed in relation to Scott’s 1982 original. It is not only a continuation of Rick Deckard’s story but an expansion of Scott’s universe and a reengagement with many of the original film’s themes. On its own merits, Blade Runner 2049 is an admirable and flawed piece of science fiction. Appreciated as a sequel to Blade Runner, Villeneuve’s film fares less well.

Thirty years have passed since Deckard noticed the small tin-foil origami unicorn on his apartment room floor and the replicants of Tyrell corporation have been outlawed in the interim. Those replicants have been replaced by more obedient and submissive models created by Niander Wallace (Jared Leto). One such newer model is K (Ryan Gosling), a Blade Runner responsible for tracking down and ‘retiring’ those older Tyrell-era replicants. During a grimy job early in the film, K stumbles across some evidence that has his superior, Lieutenant Joshi (Robin Wright), worried. “This breaks the world,” she warns. Her words are an early indication of Villeneuve’s translation of Dick’s reverie into something larger, more ponderous. There’s an intimacy to Dick’s work and Scott’s film that is absent here. 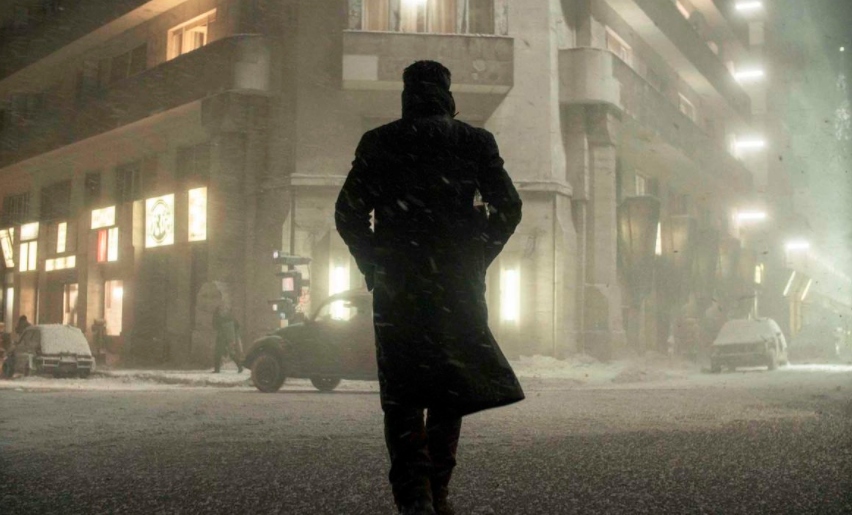 Whereas Scott’s film was a poem, Villeneuve’s is a puzzle. Scott, who served as producer on this sequel, has made more bad films than good but he is also responsible for masterpieces. When Scott is best, his filmmaking feels effortless, even when that filmmaking ventures into entirely new territory. Few filmmakers can claim to have done that at all and Ridley Scott has done it a few times. Scott’s recognition that dystopian science fiction might collaborate exquisitely with the morally ambiguous genre of noir established a visual palette that is still mimicked today. The original Blade Runner is bravado filmmaking, so effortless in its innovation that the innovation is sometimes barely noticeable. By contrast, the effort that has gone into Blade Runner 2049 is palpable, and it is stifling.

Blade Runner 2049 explores Dick’s question of electric sheep more overtly and less interestingly. In many ways, the film reminded me of the sequels to the 1999 Wachowski Siblings action film, The Matrix. The first film was informed by genre and entertainment, weaving fascinating ideas into good storytelling. The Matrix and Blade Runner are good examples of the idea that points are made best when they are made indirectly. The Matrix sequels, like Blade Runner 2049, were all about making points, and those points were consequently muted.

The first Blade Runner was a detective movie with ideas, this sequel is an idea movie with a detective. This is stale science fiction, littered with thoughtless religious allegories. Ridley Scott has recently begun to mistake the inclusion of wanton religious undertones for intelligent filmmaking. Villeneuve’s film flirts with interesting concepts but doesn’t commit to them. The film raises a lot of questions but there’s no philosophical focus. I never had the impression that Blade Runner 2049 had a better, or different, grasp on the ideas with which it was toying with than I did myself. Anyone can ask what it means to be human but Villeneuve doesn’t present any form of reflection on that question.

Blade Runner was not the sort of science fiction that suggested a mythology and it’s very likely that an expanded universe was never intended. Scott, (like Harrison Ford, who also stars in this film) has recently demonstrated a perplexing enthusiasm for revisiting franchises best left unspoiled. Blade Runner 2049 wants to contribute to a mythology that doesn’t exist, suggesting that Villeneuve has misinterpreted the appeal of the original to a large degree. The film is a smorgasbord of jumbled religious themes and science fiction concepts, mixed and ambiguous enough to distract from the fact that there’s not much beneath the surface. Deeper inspection will end in a sudden stop at nothing.

Certain scenes in Blade Runner 2049 may have been engaging in isolation but serve no purpose in relation to the rest of the film, suggesting that they have been included with little thought as to whether they ought to have been. These scenes wreck havoc on the film’s pace, which is abysmal. A slow pace for the sake of a slow pace is neither intelligent nor rewarding filmmaking. Ryan Gosling’s K may be the slowest walker in the history of cinema. The pace is exhausting, perhaps intended to manufacture the effect that we have been through something significant. In actually, it is all an endurance of not much. 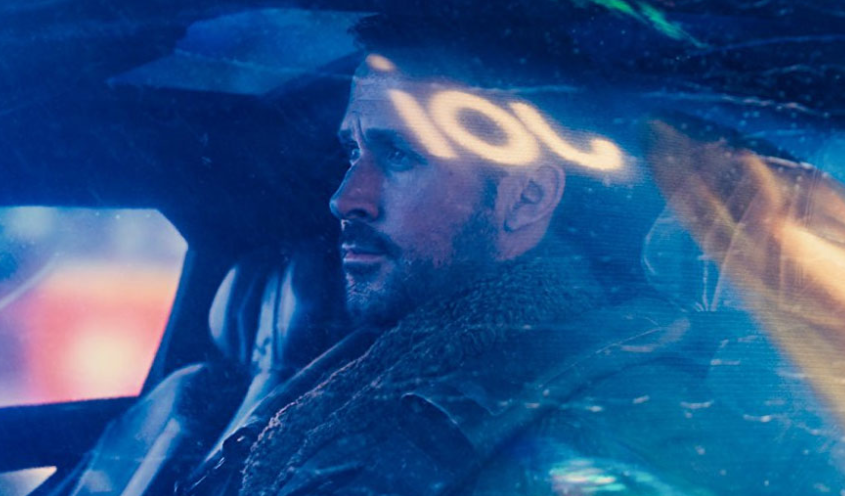 Science fiction is about the future, although it’s generally really about today. The most famous of science fiction will be littered with robots and machines and artificial intelligence and problems that superficially concern a world we have yet to reach and yet beneath the surface it’s always about us, and our contemporary problems. Blade Runner 2049 doesn’t reflect this sentiment. The scale is too grand to echo relatable concerns. Blade Runner 2049 is not wrong in forging a path of its own, especially given the enormous cultural regard that the original enjoys, but it doesn’t boast an execution to match its ambition. The problem might not be so glaring if the film wasn’t called ‘Blade Runner.’

Would robots actually want to be human, with all our imperfections? What’s so amazing about being born as opposed to being made? These aren’t questions that interest Villeneuve. He’s certain in many of the assertions that his film makes, and that’s arguably the most significant of issues that Blade Runner 2049 contends with. The film suppresses thought while waving a kaleidoscope in one hand to distract you from the fact that it’s doing it. Scott’s film rewarded reflection and Villeneuve conquers it.