"Lady Bird is a film that excels through its subtle and accurate observation."

"The best coming of age films reflect our lives even when the narrative doesn't specifically correlate to our own experiences. "

Lady Bird is a film that excels through its subtle and accurate observation. It’s a coming of age story that outwardly resembles any number of coming of age stories but its grasp of adolescence outshines some of the best of these type of films. There’s a brief scene at a house party about halfway through the film. Saoirse Ronan’s Lady Bird is having a discussion with new friend, Jenna Walton (Odeya Rush), in the kitchen. In the background, a young man wearing a bucket hat remains staring at an open fridge. He doesn’t move for the entire scene.

Most viewers won’t notice him because he’s meant to be a background detail (I only noticed it myself because the person next to me pointed it out). A lesser film would have given this man some lines for the party scenes, offering Lady Bird some stoner wisdom, or it might have plonked one of those hats that can hold beer cans onto his head and turned him into a punchline. Lady Bird’s authenticity is its strength. It doesn’t to pander to high school clichés, even if those clichés are truths, because not every high school experience includes those clichés. 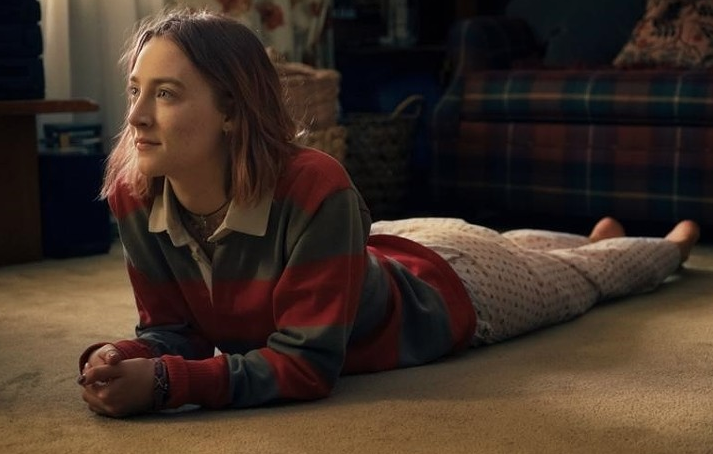 Christine “Lady Bird” McPherson (Ronan) is in senior year at a Catholic college in Sacramento. Her relationship with her parents, particularly her overbearing mother, Marion (Laurie Metcalf) isn’t easy. Her best friend is Julie (Beanie Feldstein) and she has her eye on a boy in her drama class, Danny (Lucas Hedges). College is Lady Bird’s end game, as far away from Sacramento and her mother as she can possibly manage. But boys, prom, work and a final year of school have to come first. As I said, Lady Bird resembles a lot of other coming of age films, it’s just better than most of them.

Lady Bird is Greta Gerwig’s second directorial work, her first on her own and her first in almost ten years. Gerwig co-directed 2008’s Nights and Weekends with Joe Swanberg, a man known for his micro-budgets and enthusiasm for improvisation. Another director that may come to mind when you think of Gerwig is Noah Baumbach, who has collaborated with Gerwig on films like Francis Ha and Mistress America. To suggest that Lady Bird occupies similar cinematic territory as Baumbach’s work may be true but it’s also undermines the crucial differences between Baumbach’s films and what Gerwig has achieved with Lady Bird. Whereas Baumbach often exaggerates the absurdity of real life, Lady Bird finds the reality in the gently absurd.

The confidence of Gerwig’s direction is impressive. The best coming of age films reflect our lives even when the narrative doesn’t specifically correlate to our own experiences. We can recognise ourselves in the arena od teenage crushes or disputes with parents or getting drunk for the first time. What Lady Bird does well is convey these experiences honestly, and legitimately.

There’s the sense that the film is somewhat autobiographical. I would be surprised if there wasn’t a lot of Gerwig in Lady Bird and perhaps even more of Gerwig’s mother in Marion. Lady Bird tells everyone she can that she can’t stand Sacramento. Gerwig paints an image of the city as one she loves, but one that it took her leaving to understand that she loved it. That’s something that many of us can relate to. 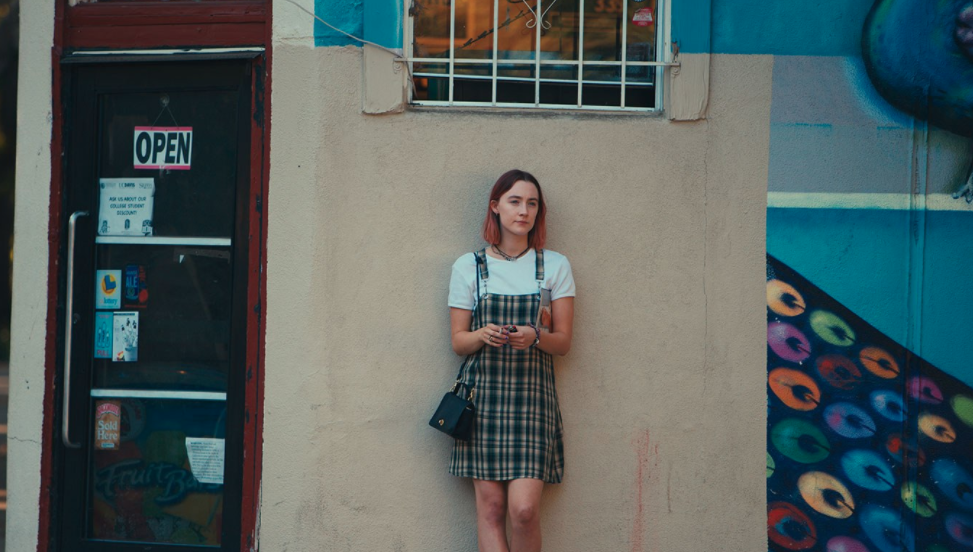 The characters in Lady Bird are generally free of the exaggerated, affected speaking patterns that plague a lot of independent, youth-target cinema, including films that Gerwig has been involved with in the past. In many ways, the film reminded me of Diablo Cody and Jason Reitman’s Juno, but stripped of Cody’s detached dialogue. There’s no wink to the audience. Lady Bird is inclusive, not exclusive.

Gerwig approaches the people that populate Lady Bird with warmth, particularly the adults. It’s a warmth that wasn’t there in Gerwig’s collaborations, perhaps because her collaborators were talking over her. If it took a return to Sacramento to bring something like Lady Bird out in Gerwig, perhaps she ought to stay.