"It’s devastating, even as it’s leavened by the kids’ innocence, optimism and wonder regarding the natural world. "

"...the beauty of small details carries the day."

As much as anime has its core identity in the phantasmagoria of Hiyao Miyazaki, one of the form’s true masterpieces is grounded in a grim realism. That’s Isao Takahata’s 1988 film Grave of the Fireflies, a story of two children trying to survive in the ruins of Japan after World War II. It’s devastating, even as it’s leavened by the kids’ innocence, optimism and wonder regarding the natural world. There are no cat buses running by, but in its own way that film also sees the magic that Miyazaki sees.

Twenty-near years later a spiritual sequel, or possibly prequel, to Grave of the Fireflies has been released. That’s Sunao Katabuchi’s In This Corner of the World. Instead of picking up with the dropping of the atomic bomb and following on from there, Corner starts (briefly) in 1933, then has sections in 1938 and throughout World War II, leading up to the fateful events of the summer during which Japan finally capitulated to Allied forces. 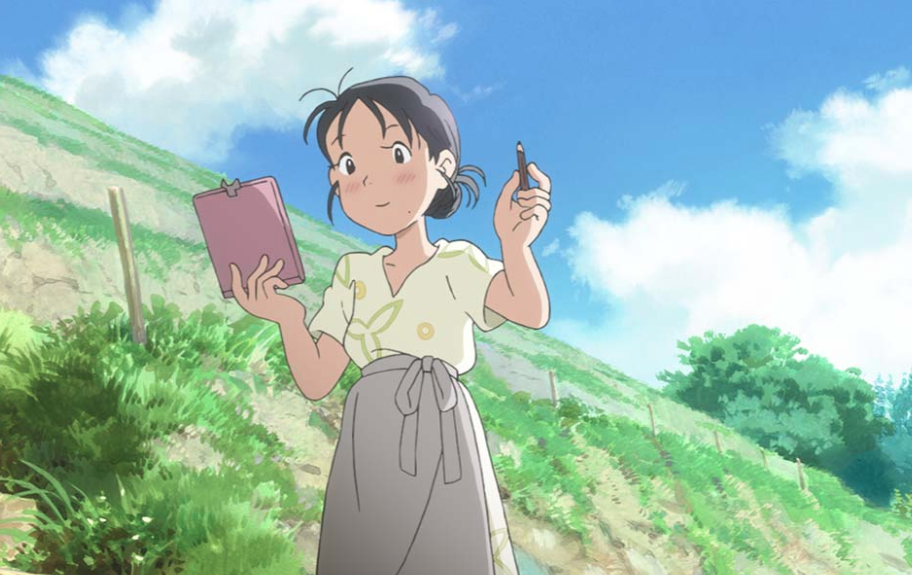 While it would be hard to say that it reaches the artistic or emotional heights of Fireflies, there’s definitely something to be said for getting to know the characters before they are beset by catastrophe. And as with its predecessor, the beauty of small details carries the day.

The story focuses on Suzu, a Hiroshima teenager who agrees to marry a young man from nearby Kure, whom she briefly met when they were both kids. She has mixed feelings about marrying a man who is essentially a stranger, but in a culture in which arranged marriage is customary, she considers it her duty. She develops a life as a housewife in the bucolic seaside town, coming to feel quite at home and love her new husband during the years when the war has not yet touched Japan’s shores. As the war approaches its end, though, the Japanese mainland is continually strafed by machine gun fire and bombs. Her village and loved ones can’t escape the collateral damage, even before that day when a flash and a rumble are followed by an ominous mushroom cloud appearing over the mountains.

In This Corner of the World is more than two hours long, quite long for an animated film, and it meanders for a good portion of that running time. A feature it shares with other films by Takahata (Only Yesterday comes to mind), and indeed with the work of Japanese master Yasujiro Ozu, is its slow and deliberate pace in establishing the characters and environs.

The script in these films is not heavy on plot, moving between episodes that set the tone while slowly progressing a faint narrative arc. In that way the films of Takahata and Ozu tend to creep up on you, and this film by Katabuchi is no different, as it becomes clear that the gradual building of momentum is to a purpose. By the time these characters’ lives are thrown into chaos, we’ve truly met them and absorbed their humanity. We’ve lived with them, and now, in some cases, we’re going to die with them. 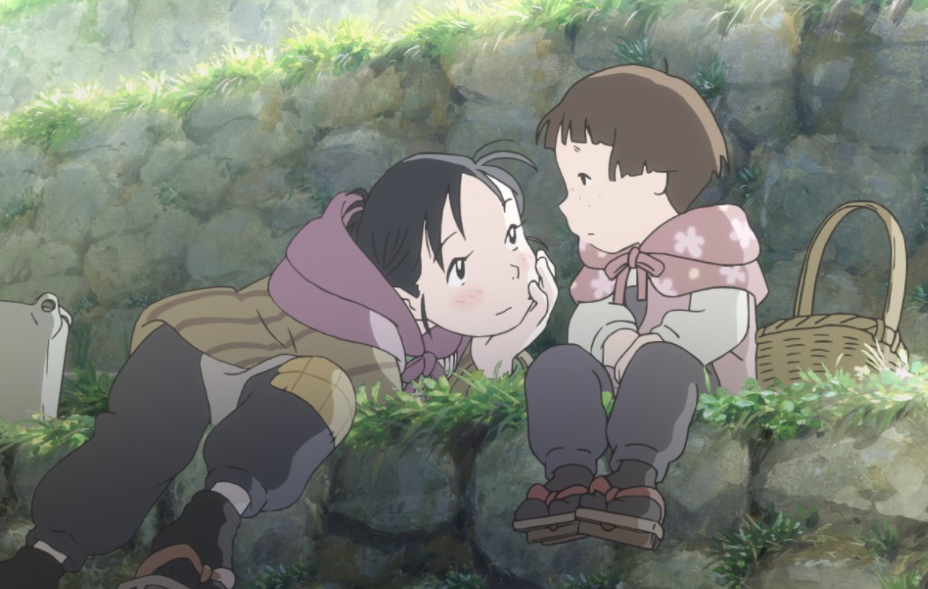 The film has a lot to say about our paths in life and the choices we make. A number of characters were either in Hiroshima or not in Hiroshima as a direct result of choices they did or did not make, and the film invites us to contemplate that. However, that contemplation is not intended on some surface, gimmicky level – it’s more a meditation on the nature of life, and how it unfolds in unexpected ways, with unexpected fellow travellers. “The choices we did not make are like dreams,” one character muses. That notion informs the feeling of watching this movie, as there are times it feels like a window into alternate realities that have an actuality in our minds and hearts.

In This Corner of the World is adapted from the manga of the same name and is from the production company MAPPA. It’s distinguished from the works of Studio Ghibli by having an animation style that feels a bit more rudimentary, not as polished as what we typically see from Ghibli. At first this seems like a function of lesser resources, but as the film progresses it begins to seem more like an aesthetic choice. 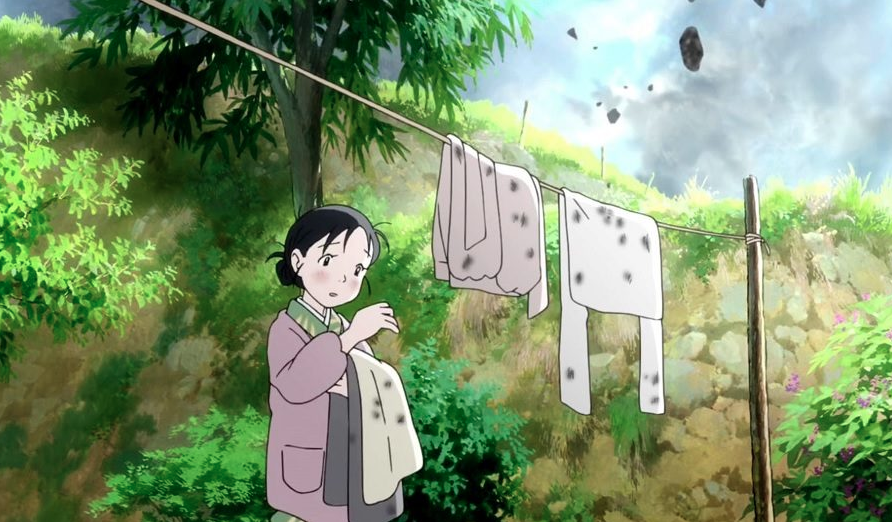 The details are quite beautiful when they want to be, and what initially reads as “rudimentary” feels more like an intentional throwback to the past in which the film was set. In the end, its style is an asset equal to any other the film possesses.

As an animated film intended for adults – there are scenes here that would disturb children – Corner has a bit of an uphill battle at the box office. It’s a niche product to be sure. But as it has already won numerous accolades and awards in Japan upon its 2016 release, there’s some hope that it will find audiences in this corner of the world as well.