"...if a film embraces historical fact then it is lazy filmmaking to manipulate that fact for the sake of narrative."

"Churchill was not a superhuman, but Darkest Hour struggles with the reality that he was nonetheless an exceptional one."

The screenwriter Aaron Sorkin once quipped, “What is the big deal about accuracy purely for accuracy’s sake, and can we not have the true be the enemy of the good?” Generally speaking, I object to this sentiment. Though Sorkin himself may be a writer of enough talent to overcome the inadequacy of inaccuracy, his work represents an occasional exception to my belief that if a film embraces historical fact then it is lazy filmmaking to manipulate that fact for the sake of narrative.

There are a number of scenes in Joe Wright’s Darkest Hour, a film that pursues the first few weeks of Winston Churchill’s first term as Prime Minister in 1940, that are noticeably fabricated. I have read Wright defend these scenes as a “fictionalisation of an ’emotional truth,'” which is a euphemism for Wright’s own inability to convey that emotional truth with fact. Darkest Hour certainly isn’t the worst offender when it comes to bending the truth (The Imitation Game is one critically lauded film that comes readily to mind that is a critical offender in this regard), but screenwriter Anthony McCarten is no Aaron Sorkin, and the mistruths in his film stand out like a sore thumb. 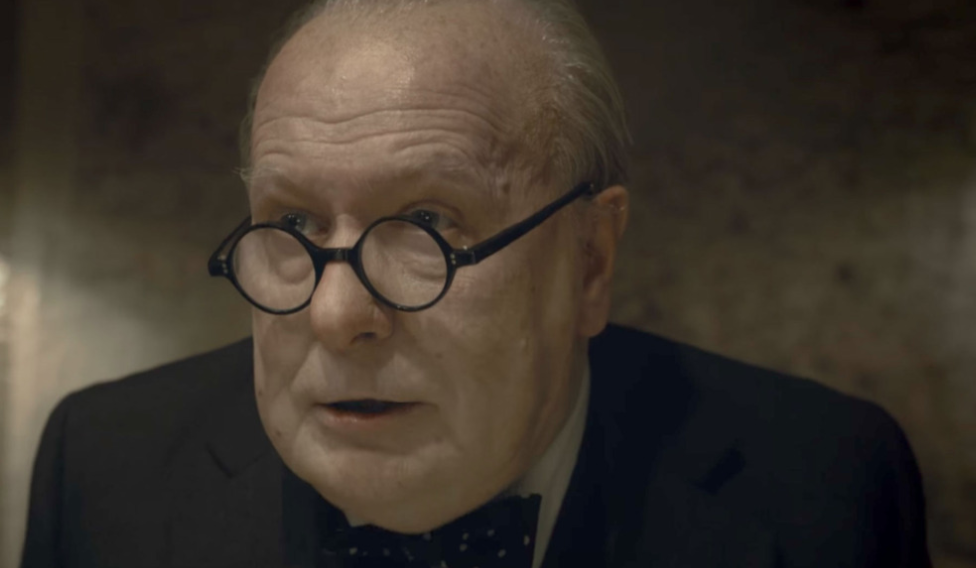 Historically speaking, what Darkest Hour does well is outline the circumstances surrounding these brief weeks, including the resignation of Neville Chamberlain (Ronald Pickup) and the urgency of the Dunkirk evacuation that was deposited onto Churchill’s (Gary Oldman) lap from the outset of his term. Churchill sees no opportunity in bartering for peace with Hitler, an outlook that is hotly contested by Foreign Secretary Viscount Halifax (Stephen Dillane). The new Prime Minister’s popularity is precarious in parliament, in public and with King George VI (Ben Mendelsohn), instability that he must contend with while attending to the approaching Nazi threat.

If you know little about the state of affairs that Churchill faced, Wright does an admirable job at establishing them coherently. But this simplicity extends to the film’s faults. Wright’s version of Churchill and the war with Hitler borders on cartoonish, the director seemingly more preoccupied with obtaining broad appeal and with his own sense of aesthetic flair than with Churchill himself.

Visually, the film is skittish, which is incongruous for a film that largely orbits around old men speaking to one another. Consider Tomas Alfredson’s Tinker Tailor Soldier Spy, another Gary Oldman film that also focuses on British men talking. Alfredson’s film trusts its script and its actors enough to refrain from visual and performance histrionics.  What the exuberance in Darkest Hour ultimately means is that it’s difficult to connect with these events as real events, when that ought to have been exactly the point.

Similarly brash, McCarten’s script is very focused on hitting the right beats and not concerned enough whether it’s hitting them well. Characters, including Churchill himself, are broadly written only to serve the film’s point. Rather than provoke contemplation of genuinely  complications of democracy, Darkest Hour is occupied by heroes, villains and a wide-eyed, stoic British public that won’t surrender to Hitler, whatever the cost. 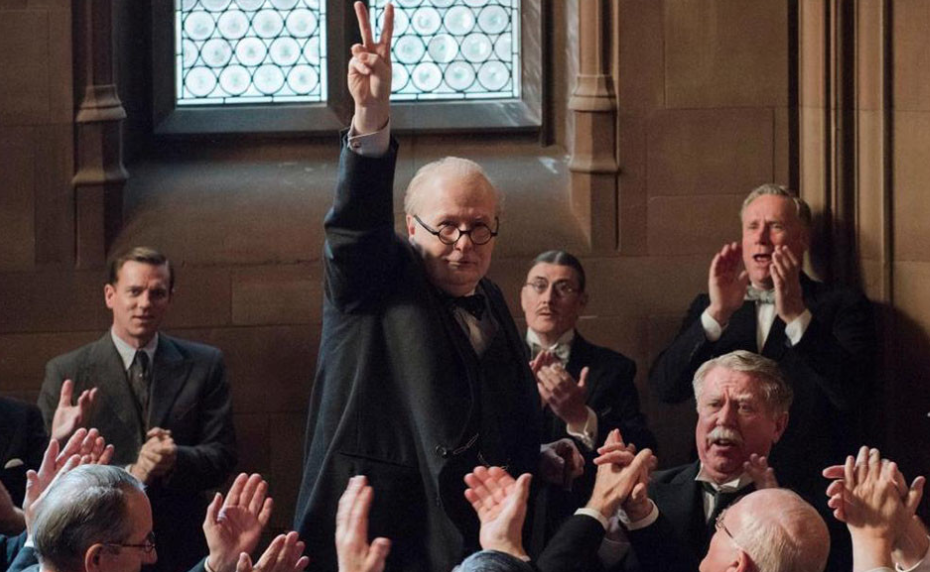 On the subject of eyes, the window to the soul, they are the ruination of prosthetics. As accomplished as prosthetics have become over the years, look no further than Joseph Gordon-Levitt’s awkward transformation into a younger Bruce Willis for an example of how the suspended imagination is often more powerful than visual manipulation. Gary Oldman’s eyes, so distinctive, antagonise the prosthetics work; perhaps a case that less make-up might have been more effective. James Franco’s Tommy Wiseau in The Disaster Artist faced a similar dilemma recently.

Biographical pictures have a tendency to comprehend their subject via the avenue of their humanity. But uncertainty and misgiving is a peculiar path to tread when exploring the legacy of Winston Churchill. Not to suggest that Churchill didn’t suffer from these very human qualities, but Darkest Hour nests on these traits, without ever convincingly conveying the attributes that Churchill is famous for even among those who barely know who he is. It ought not to be a principle mandate of every biopic to remind its audience that its subject is human. Churchill was not a superhuman, but Darkest Hour struggles with the reality that he was nonetheless an exceptional one.