"There are times in which its best to throw caution to the wind and surrender ourselves to emotional manipulation."

Most of Lee Tamahori’s Mahana is that gentle variety of family melodrama that usually holds a ubiquitous position on Australian screens and literature. Perhaps it’s the same in New Zealand, the country in which Mahana is set. Considering the cultural kinship that the two nations share, it wouldn’t be much of a surprise. These are the sort of stories that Colin Thiele used to tell so evocatively, in books like “Sun on the Stubble” or “February Dragon”.  Robert Drewe’s “The Shark Net” or Raimond Gaita’s “Romulus, My Father” are other examples, both of which have brought about screen adaptations. Mahana is based on a novel called “Bulibasha: King Of The Gypsies”, written by the New Zealand author, Witi Ihimaera. I haven’t read anything by Ihimeara, but the film Mahana suggests that the book “Bulibasha” might be right at home with those titles I just mentioned. 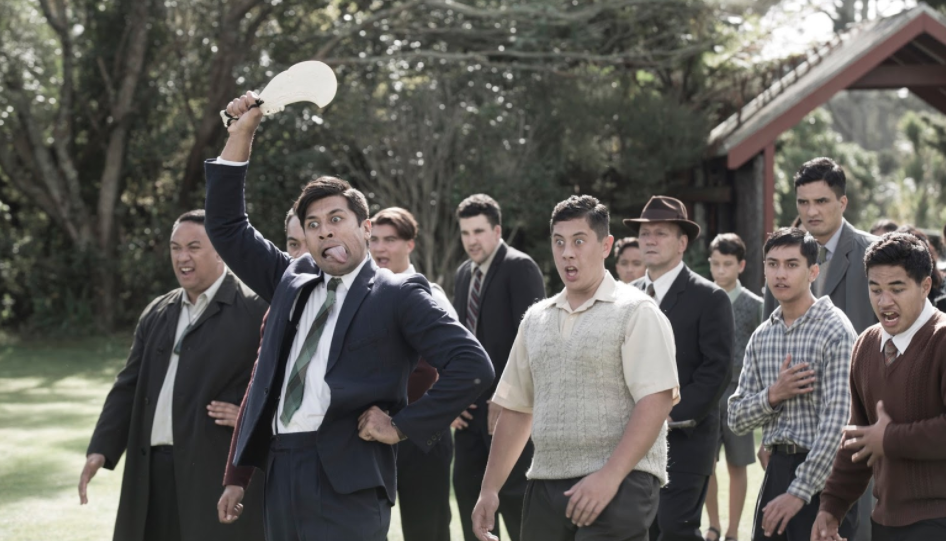 In the 1960s, somewhere around Poverty Bay on the East Coast of New Zealand’s North Island, two large Maori families – the Mahanas and the Poatas – are bitter rivals in life and work. That rivalry is fuelled by the patriarchs of both families, Tamihana Mahana (Temuera Morrison) and Rupeni Poata (Jim Moriarty), but the story is mostly told from the point of view of the Mahana family, specifically Tamihana’s grandson, Simeon (Akuhata Keefe). Simeon rejects’s Tamihana’s inflexible, ruthless approach to family government. He resents the old man’s request for him to stay behind with the women while the other men go off to shear sheep and he feels isolated when his inquisitive nature draws aggression from his grandfather. Much of Tamahori’s films revolves around the evolution of the family at the ends of these two contrasting personalities.

There are key characters – members of the Mahana family, a couple of members of the Poata family as well as some white locals – and they are all significant players in the process of what these sort of stories do best, which is express the charm of life in a small town in a time yet to be polluted by too much technology. It’s idyllic, even in turmoil and hardship. Whether life in these sort of places in these sort of times was as unspoiled as Thiele or Drewe or Ihimeara want us to believe, I have no idea, but it’s an enjoyable feeling to hope it might have been.

This is Tamahori’s first film set in his native home since Once Were Warriors, which was released over twenty years ago. That film propelled the director into the arena of American filmmaking. It was also the last Lee Tamahori film that was any good. Mahana is good but it’s not too much more than that. The film is too emotionally manipulative, too nostalgic and too simple. Watching Mahana, I got the impression that Ihimeara’s novel might not have suffered from the same problems. The narrative is alive with engaging issues, particularly relating to familial bonds and the strength of connection to kin despite conflicting natures. Ihimeara’s novel may have explored these ideas with more insight. Tamahori’s film brushes over all the interesting bits far too lightly.

There is an unexpected revelation in the second half that feels as though it might have been handled better in the source material but in the hands of Tamahori is entirely out of place within the context of everything he has surrounded it with. But by-and-large, Mahana is simple and it’s appealing. There are times in which its best to throw caution to the wind and surrender ourselves to emotional manipulation. Romantic comedies rely on it. There’s not much to Mahana, but watch it with relaxed expectations and its a pleasant enough experience.