"The film exists in a berserk universe of heightened reality, where the laws of the universe don't apply. "

"It's difficult to identify where Pitch Perfect 3 goes so right, considering that it resembles quite a bad film..."

I have never seen Pitch Perfect but two years ago I had a sneaking suspicion that I enjoyed its sequel. It’s a suspicion that I will possibly never confirm seeing as the chances of me re-watching Pitch Perfect 2 are slim. I was blind drunk at the preview screening I attended, in one of two instances in which I broke my usually steadfast rule of not drinking before watching a movie that I intend on reviewing. My review of Pitch Perfect 2 is undoubtedly my most negligent, ever, indeed the word ‘review’ suggests something that what I published is not.

Tonight I attended the preview screening of Pitch Perfect 3, with no knowledge of the original and barely more on its successor and I am floored by how much I enjoyed it. In an industry in which hundreds of millions of dollars are thrown at films like Justice League and Pirates of the Caribbean: Dead Men Tell No Tales – both 2017 releases – Pitch Perfect 3 manages to fulfil a mandate that most Hollywood films don’t accomplish even though it should be a fundamental norm of mass targeted filmmaking; it’s entertaining. 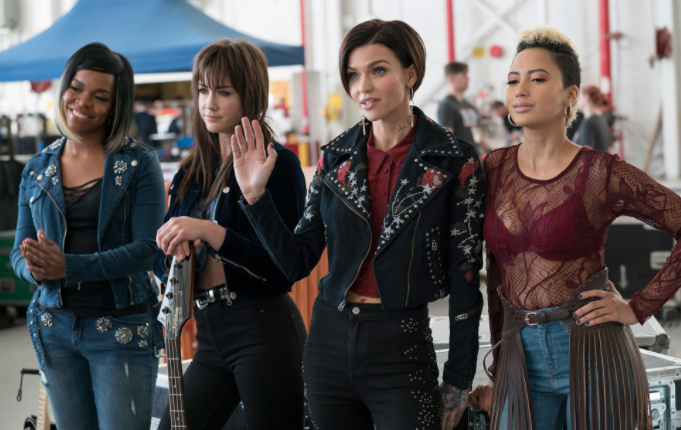 The plot is inconsequential. I suspect that the plots in PP3‘s predecessors were similarly meaningless, considering that I was able to ascertain everything that I needed to know to enjoy this chapter in the franchise within moments. Having seemingly already peaked in their progress as acapella singers, the Bellas (that’s the name of the group of singers that these films revolve around) have moved on from college and their singing and are all seemingly employed in occupations that they don’t enjoy.

Aubrey (Anna Camp) suggests that the group re-team for an overseas USO tour, performing for American troops and because logic isn’t an obstacle for Pitch Perfect 3, the next moment we’re swept up on tour with them. In fact, nothing is an obstacle for Pitch Perfect 3. The film exists in a berserk universe of heightened reality, where the laws of the universe don’t apply. This isn’t a criticism. By the second sequel, many franchises have jumped the shark. Pitch Perfect 3 jumps the shark and gives the shark the finger as it’s flying through the air.

It’s difficult to identify where Pitch Perfect 3 goes so right, considering how, on the surface, it resembles quite a bad film. There is a fat character that only talks about eating and is the butt of most of the jokes simply for being fat. Her name is Fat Amy (Rebel Wilson). The foreign members of the Bellas behave more strangely than the white members and the only black member raps during one of their musical numbers. It’s naff stuff. But there’s a palpable sense of joy to the film that is rare in any form of filmmaking.

Director Trish Sie has set out to make something fun, and has succeeded. A lot of beats that Pitch Perfect 3 hits have been relentlessly hit in light entertainment for decades, and simply should not work, but somehow do. Jon Lithgow, hot off his wonderful performance in The Crown, is a strangely compelling presence here as Fat Amy’s father. I even enjoyed his shaky Australian accent. Pitch Perfect 3 is a strong argument for conviction in filmmaking. If you convey enough fun, perhaps quality is immaterial. 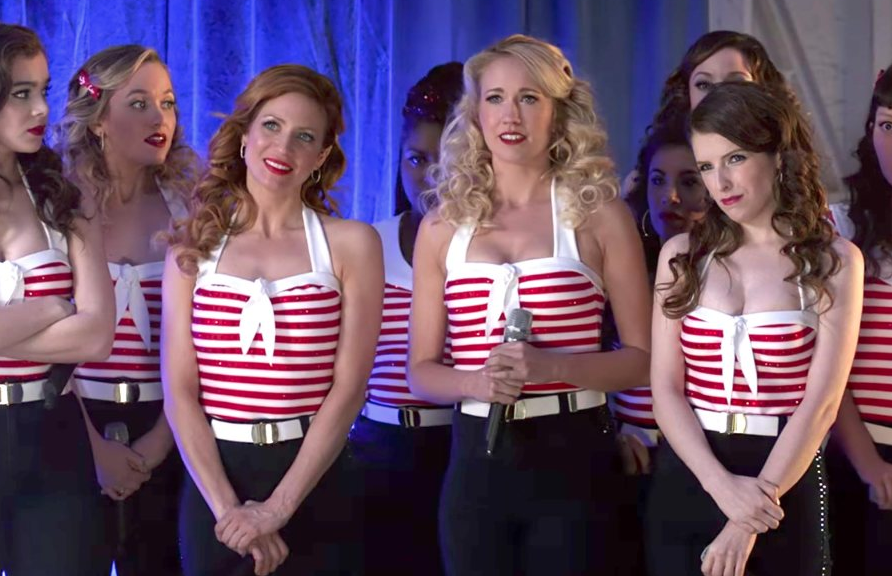 What I found surprising about Pitch Perfect 3 was how engaging all of it was despite most of its content being quite foreign to anything that usually absorbs me. Acapella music has enjoyed a lot of attention, thanks to television shows like Glee and also these Pitch Perfect films. I am not interested in acapella music, and will remain uninterested even having enjoyed Pitch Perfect 3. But for the hour and a half that I was watching Pitch Perfect 3, I was absolutely entertained and absorbed. Who would have thought?